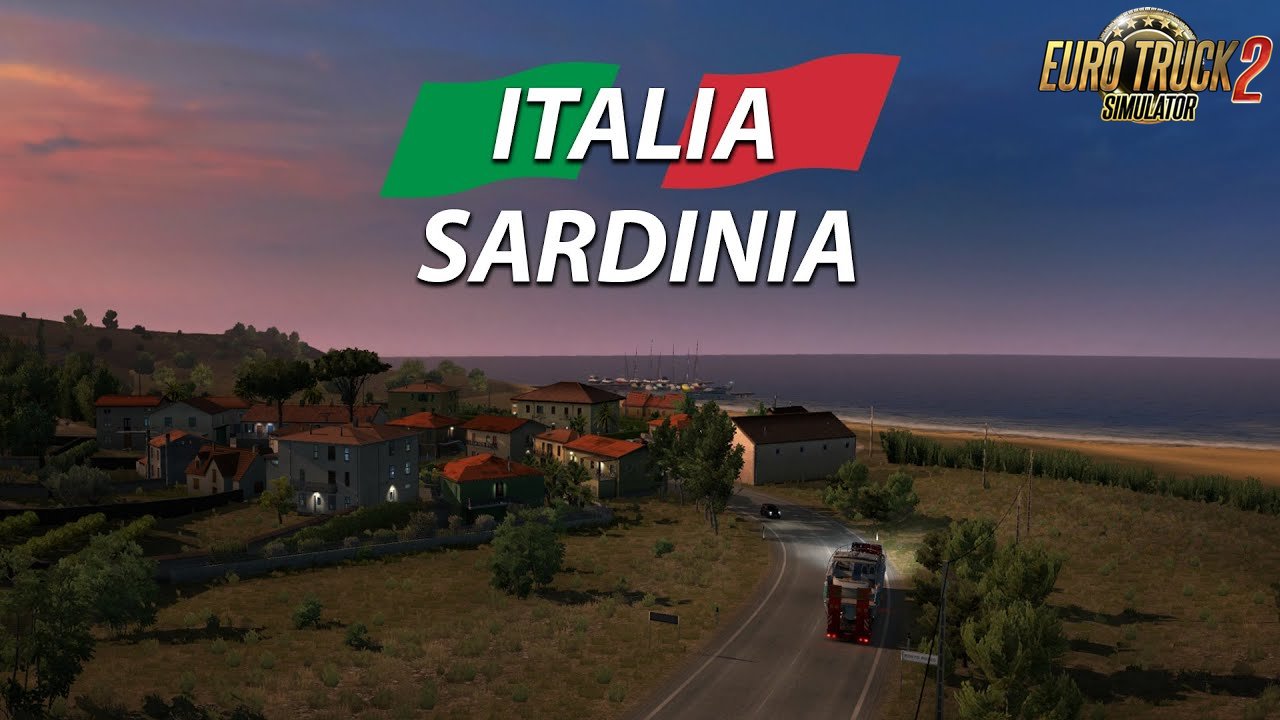 When we first teased an image of this location, we received quite a number of accurate
guesses from our community, with one person guessing within 2 kilometres of where it was taken.
So where exactly are we talking about?
We are excited to announce that the island of Sardinia will be added in the upcoming update 1.35 as
a free addition for the Italia map expansion for Euro Truck Simulator 2.
Sardinia is the second-largest island found in the Mediterranean Sea, which means you'll need to take
a ferry to the port of Cagliari from either Napoli or Palermo to get there.
On the island, you'll find three new cities - Cagliari, Olbia, and Sassari, where you will find
the famous church of Santa Maria of Bethelem, and a number of smaller
villages, hidden amongst vineyards and olive-trees.
As with most islands, you won't find any highways there, but many smaller rural roads.
So if you enjoy a drive on curvy roads with meandering climbs and beautiful coastal views,
there's a good chance you will want to relocate your company to this Mediterranean pearl.
Stay tuned for more news on what's coming with the 1.35 update!