Players will experience the typical features of Italy from behind the wheel.

Explore roads leading through the Apennines, where tunnels and bridges alternate with scenic vistas

and curvy segments, opening the view to distant horizons. Descend from the height of mountain passes

to the shores of the seas, travel from manicured farmland to wilder and more arid places.

The geography and shape of Italy have led to a comparatively high concentration of cities in the Italia map expansion. 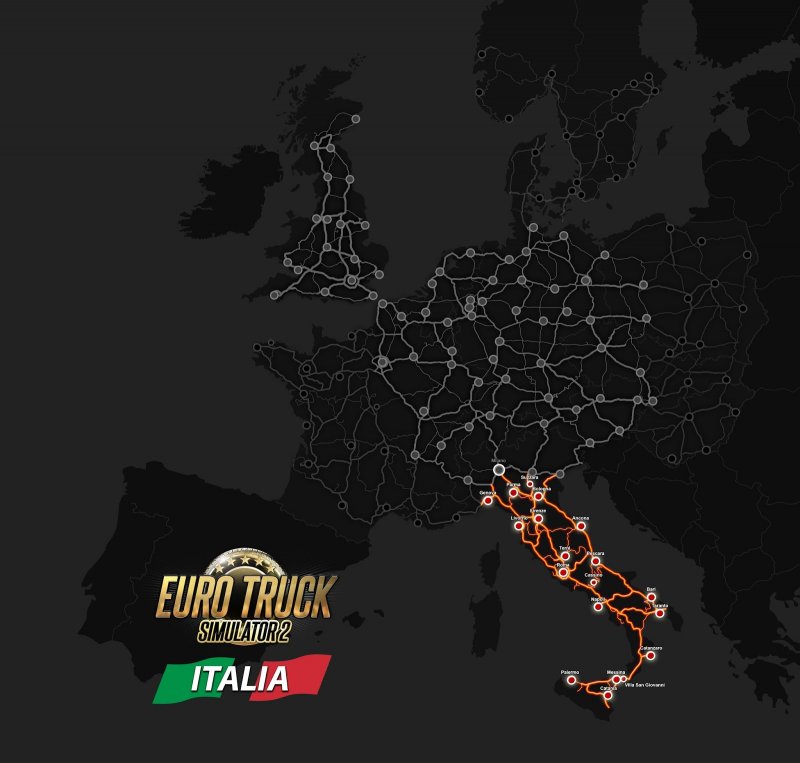 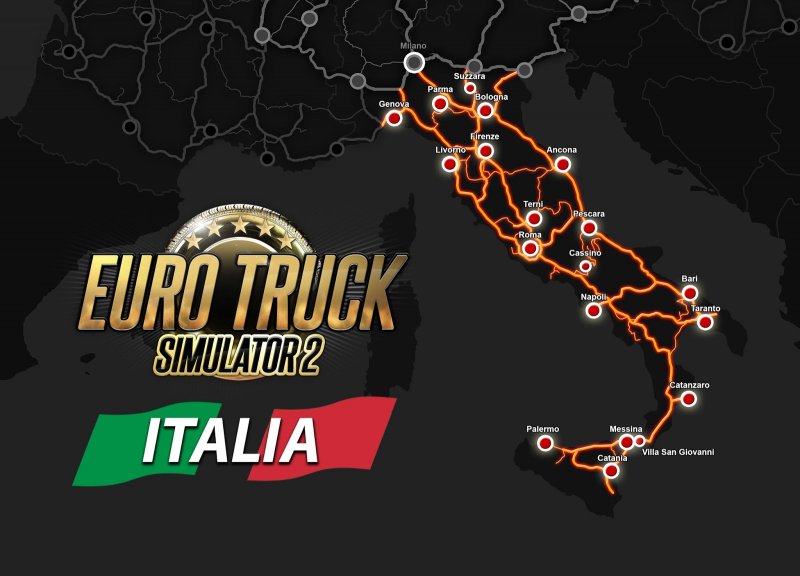 -Many regional industries and companies

-Improved vegetation for the Mediterranean climate

-ETS Map Booster Bundle page (make sure to visit first if you already own any other map DLC!)