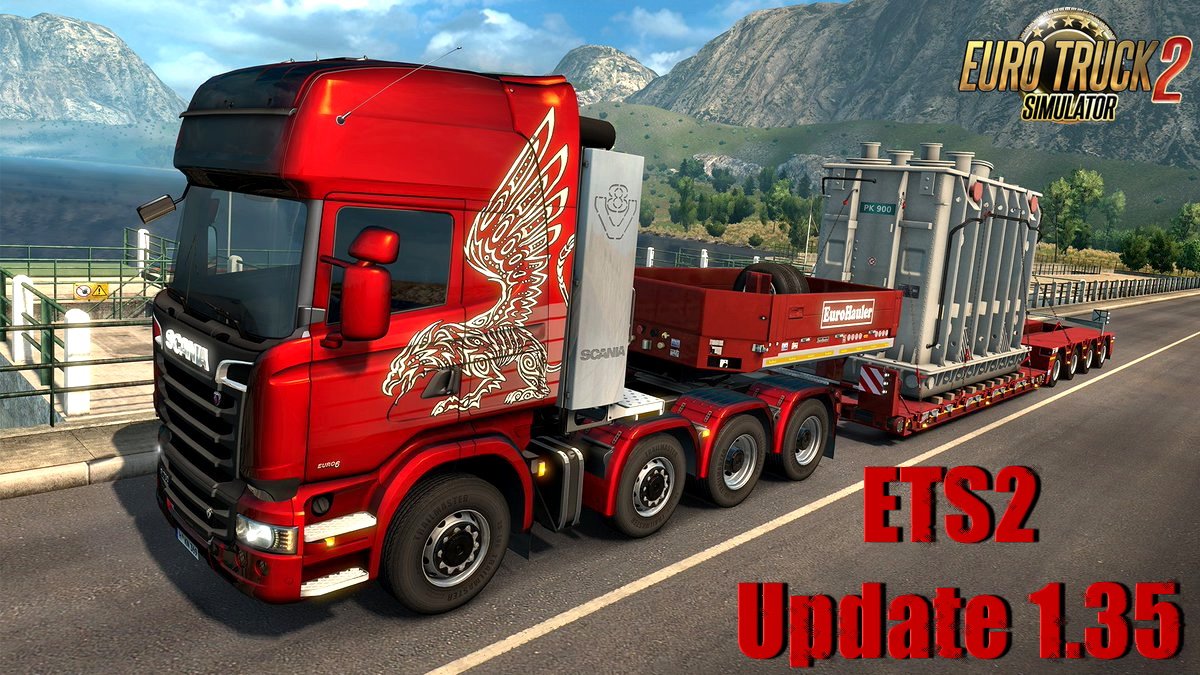 
There is still a lot of work ahead of us to finalize Update 1.35, but we are happy to report that we have hit an important internal milestone. As of this week, the updates to both American Truck Simulator and Euro Truck Simulator 2 are in Closed Beta testing.
Our internal testers have been working super hard on testing and re-testing the new game features, but now it's time for more eyes to see them. A proven inner circle of loyal friends from our fan community has been invited to download a private preview build of 1.35. Sharing the progress on the games with the outside world is a big step for us. The first stage of Open Beta should pave the way for the second stage a couple of weeks later - a larger group of testers will join us providing yet more feedback on the second beta iteration. Fingers crossed, this will ultimately give us the confidence to launch into Open Beta, giving everybody a chance to test-drive the new version.
It's April Fools' Day today, but we did not want to shock you with some sort of unbelievable story. Instead, we chose to make a little light-hearted video as a tribute to the hard work of our testers and to celebrate the moment of the start of the Closed Beta. We would like to express our sincere thanks to the fan community and the volunteer testers groups. Have fun guys and gals! As for the public test, tentatively we plan to start it about a month from now, you can look forward to a series of posts announcing the key new features in the coming weeks.
Source: https://blog.scssoft.com/