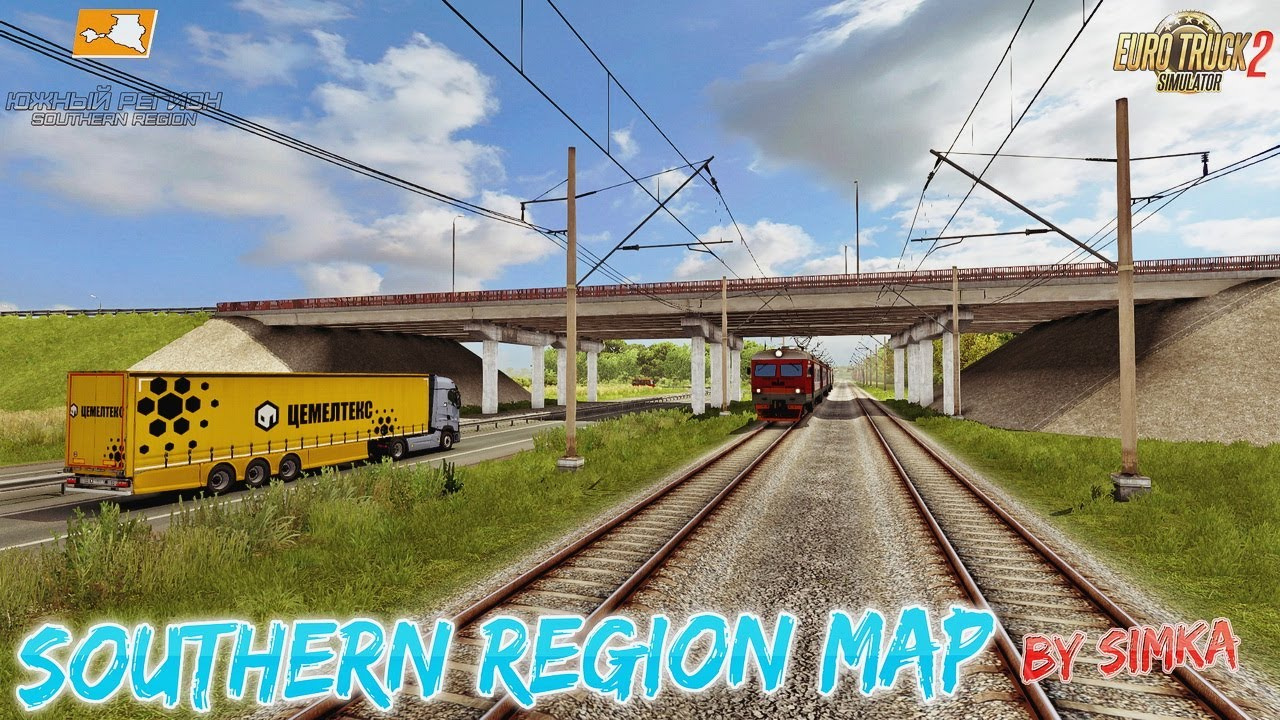 Southern Region Map - is a new free project dealing with the development of the map of the South Federal District of Russia for the "Euro Truck Simulator 2".

Changes in v9.0:
- Support game version 1.38
- Completely rebuilt city of Goryachy Klyuch and its surroundings
- Many cosmetic improvements all over the map
- Bug fixes for pre-versions