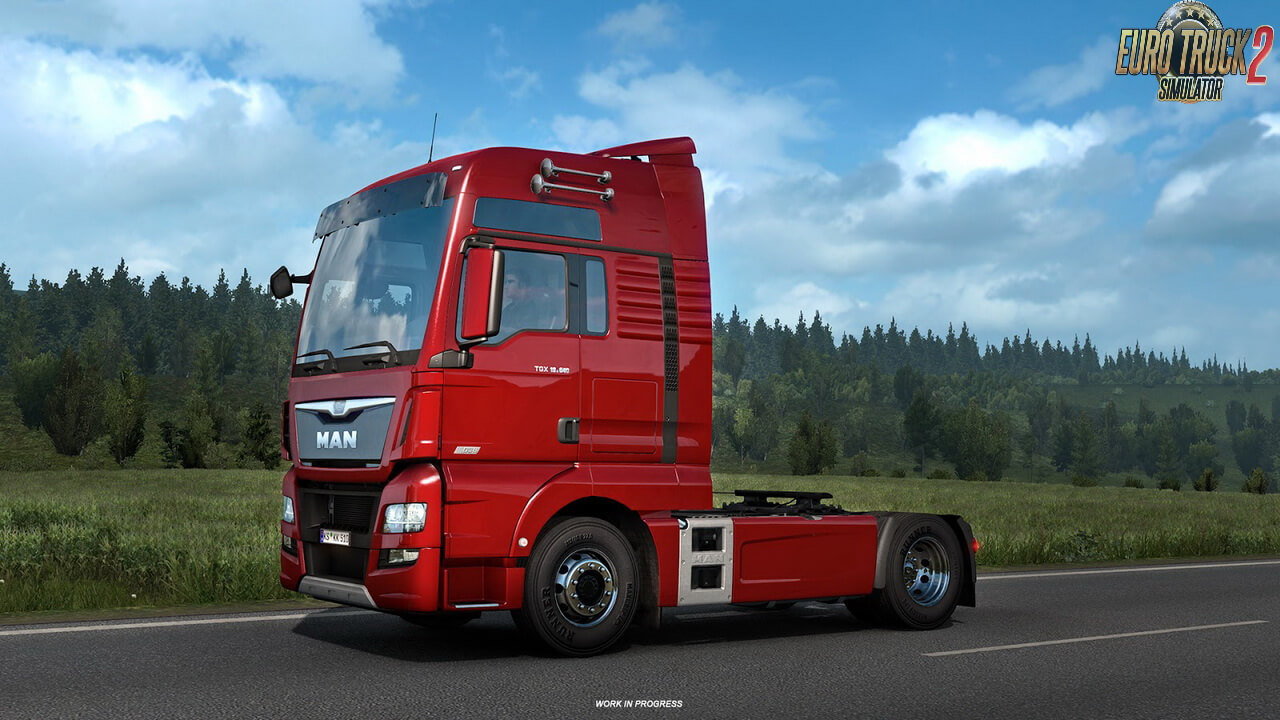 News ETS2 Total views: 1 156
Since the start of the 1.38 Open Beta for Euro Truck Simulator 2, our team has been hard at work in making various changes, improvements, and fixing bugs as reported by our community. Just like previous versions, you may find that the Open Beta branch of ETS2 has been updated multiple times during testing, to allow for any fixes to be re-tested. Sometimes, however, we include new additions that may have not made it in the first initial release.
Today, we are focusing on an update that was made recently to the ETS2 1.38 Open Beta. It includes a feature requested by the community for a long time, for more realism when it comes to the placement of roof air horns.
Way back when the game was released, we did not include any specific attachment points for roof horns on the truck models. Truck tuning options were much more limited than where we are now, and it's time to take care of another little debt. Placing the air horns on a roof bar, which was the only option until recently, really isn't that typical in reality. To reflect actual truck setups properly, our vehicle team has added new "pins" on truck cabins that are specific for air horns. We did our best with the research to make sure their locations are chosen on proper references, mostly on factory defaults, of course, but also taking into account what we could find in tuning photos from truck festivals.
This isn't the only change however, as we also have included new horn models to better reflect the reality of the design of air horns that you will find often on trucks across Europe.
So while we continue to work on the 1.38 update, we hope you will enjoy this new addition for your trucks. If you do take any screenshots from the Open Beta, make sure to share with us on our Instagram, Twitter, or Facebook, as we would love to see them!