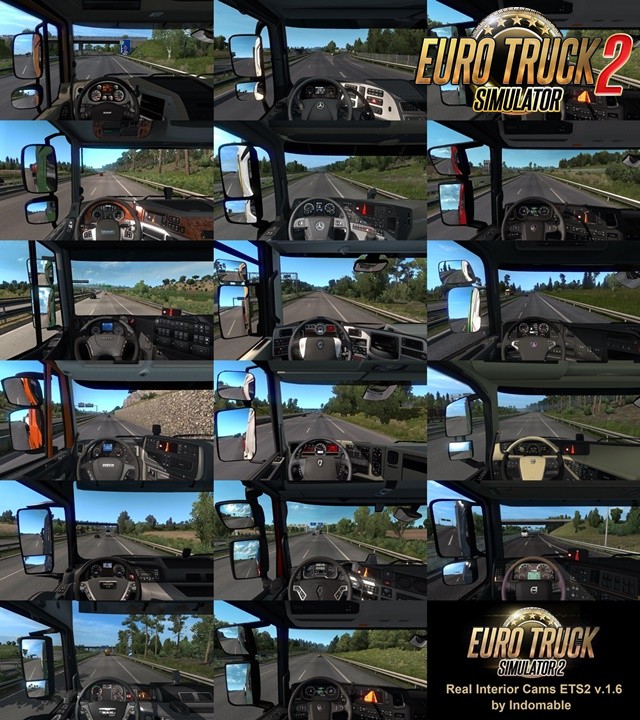 Description about Real interior cams for all trucks v1.6

Real interior cams for all trucks v1.6 for Ets2 1.35.x game version
New in version 1.6:
- Compatible with version 1.35.3.14.
-New Camera for the Renault T.
* DAF XF 105
* DAF XF
* Iveco Stralis
* Iveco Stralis Hi-Way
* MAN TGX
* MAN TGX Euro 6
* Mercedes-Benz Actros
* Mercedes-Benz New Actros
* Renault Magnum
* Renault Premium
* Renault T
* Scania R 2012
* Scania R
* Scania S
* Scania Streamline
* Volvo FH 2012
* Volvo FH16 2009
Doubts or configurations:
* For a better view of the cameras, use display formats in 16:9
(examples: 1920×1080, 1600×900, 1366×768, 1280×720, etc…).
* With the new “seat adjustment” it can modified the position the seat and the steering wheel,
but they have a cap or limit, and also, does not allow adjust with detail the seat position
and the steering wheel, so I have continued to update this mod with more precision, in a personal way.
* If it has been modified the position of the seat or steering wheel in the truck we drive,
to run well the mod must be restored the seat position to its original settings,
from inside the cabin click three times in the “F4″ key (seat adjustment) and click
the “R” key to return to the default position of the seat and steering wheel.
This is only necessary do it the first time and if it has been modified the
seating position, if you have not already, it is not necessary.
* With the activated mod you can continue to modify the “seat adjustment” of the same mode as in the default game.
Tested on the game version 1.35.3.14
Tags: Real interior cams for all trucks v1
Dear viewers! Feel free to add your own video gameplay in commentary section. No account required. 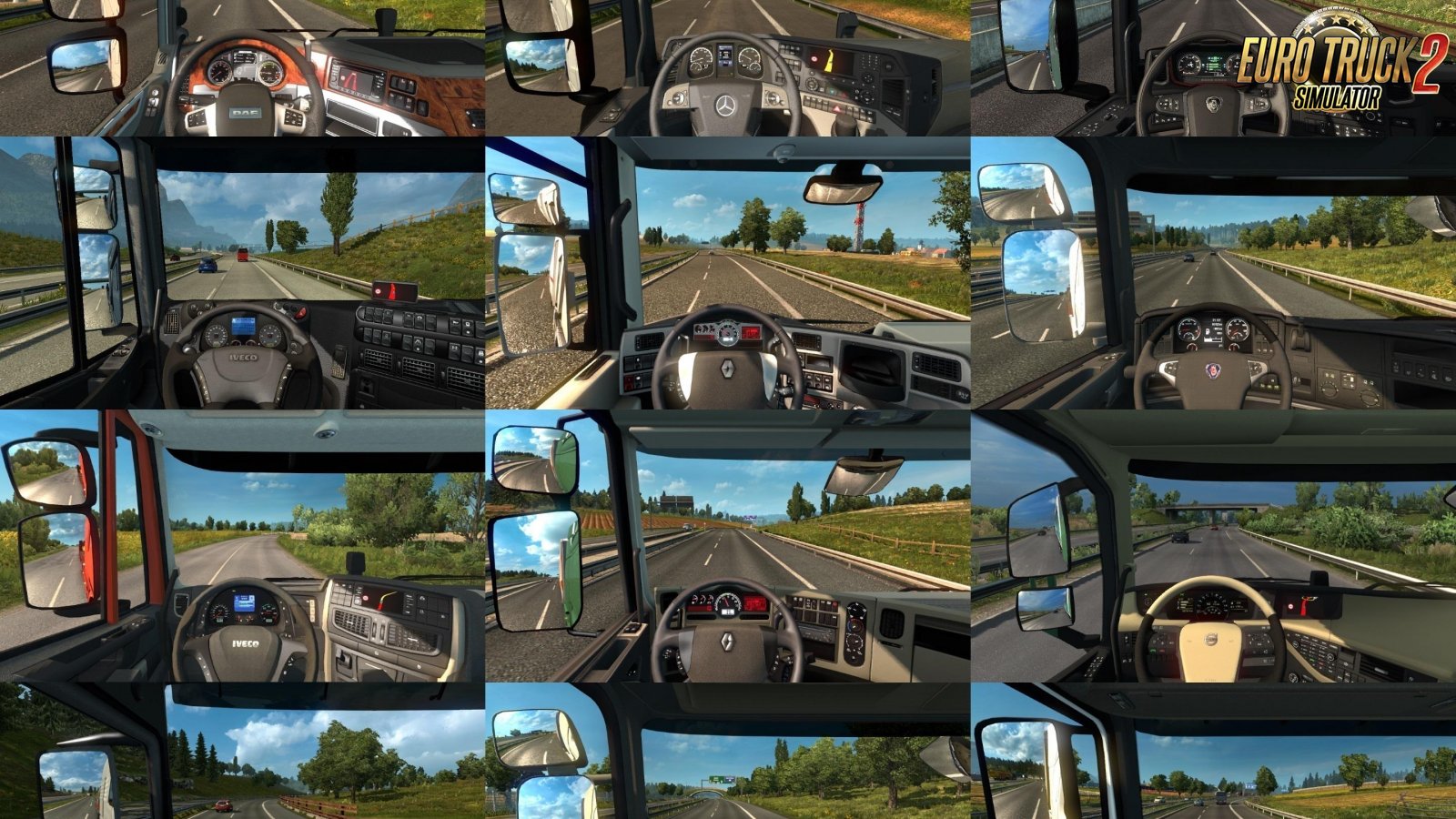 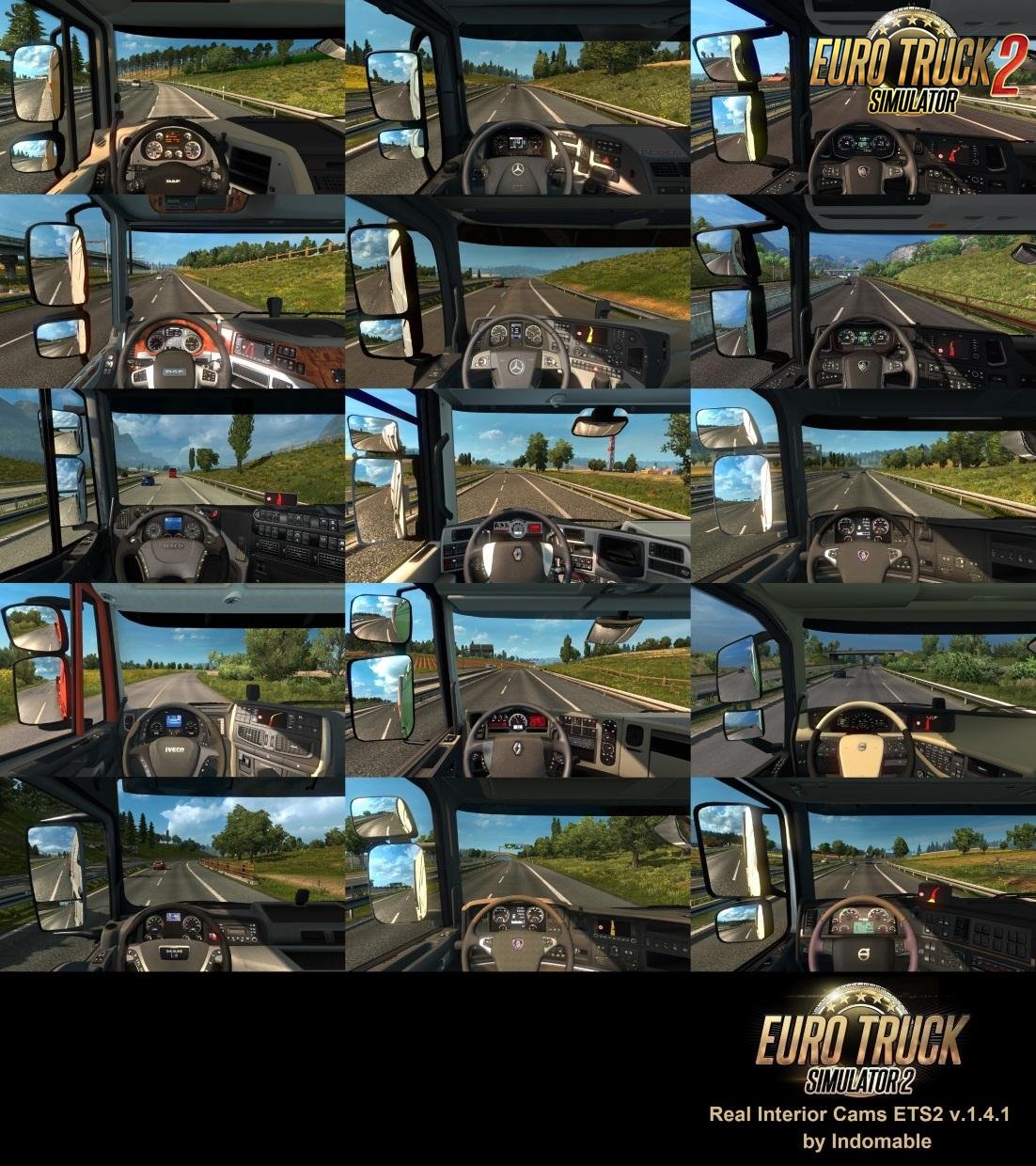 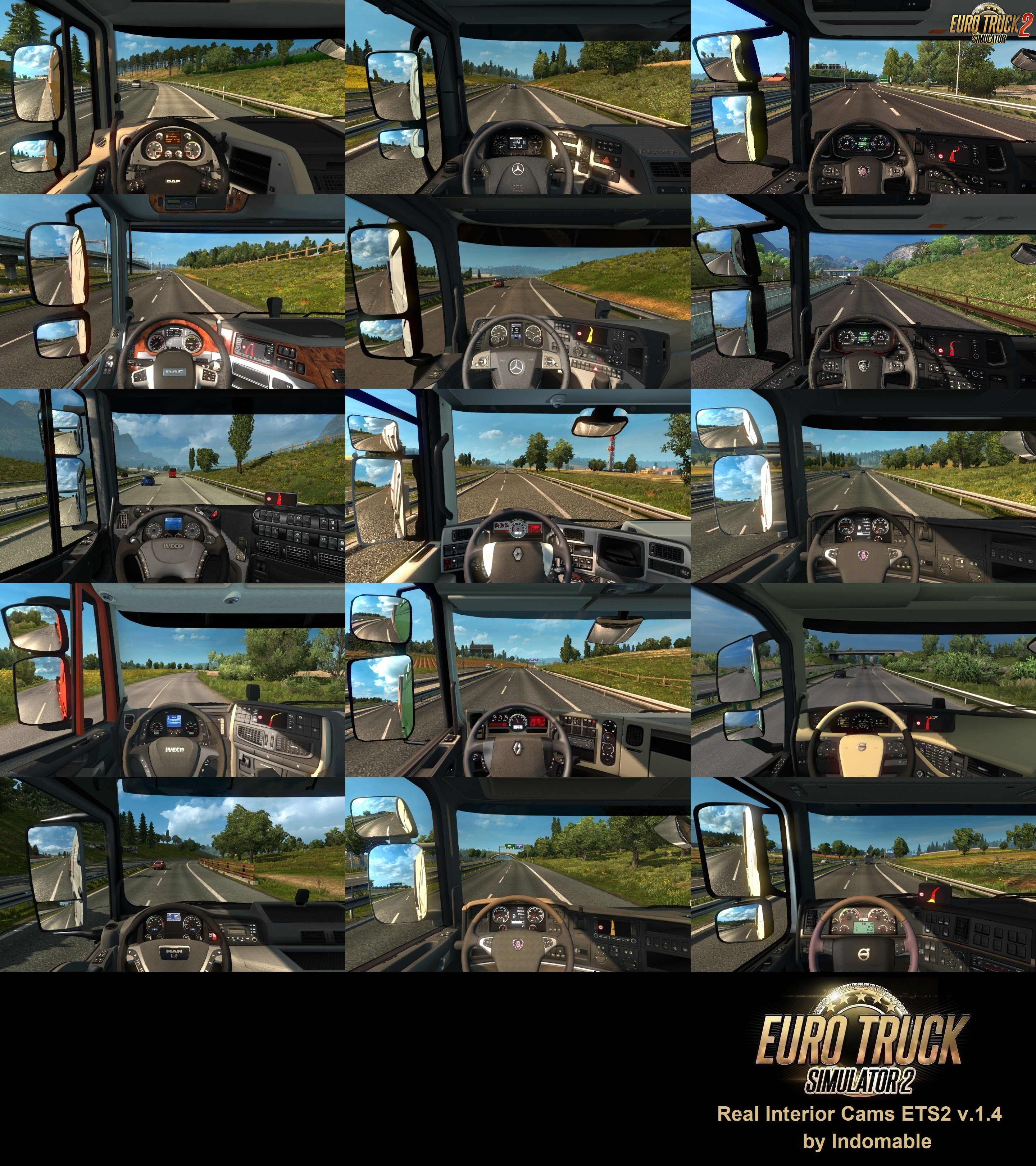 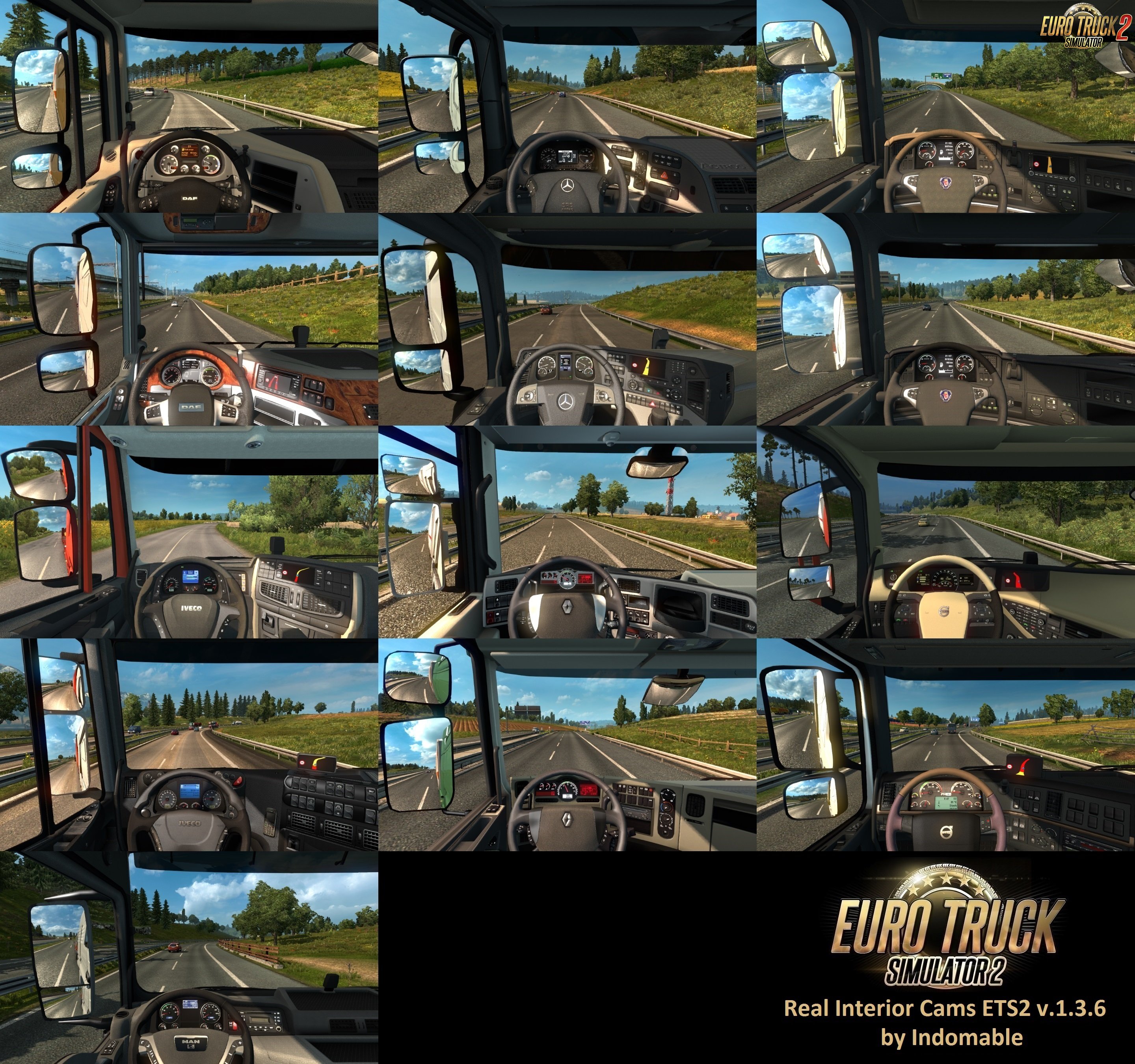 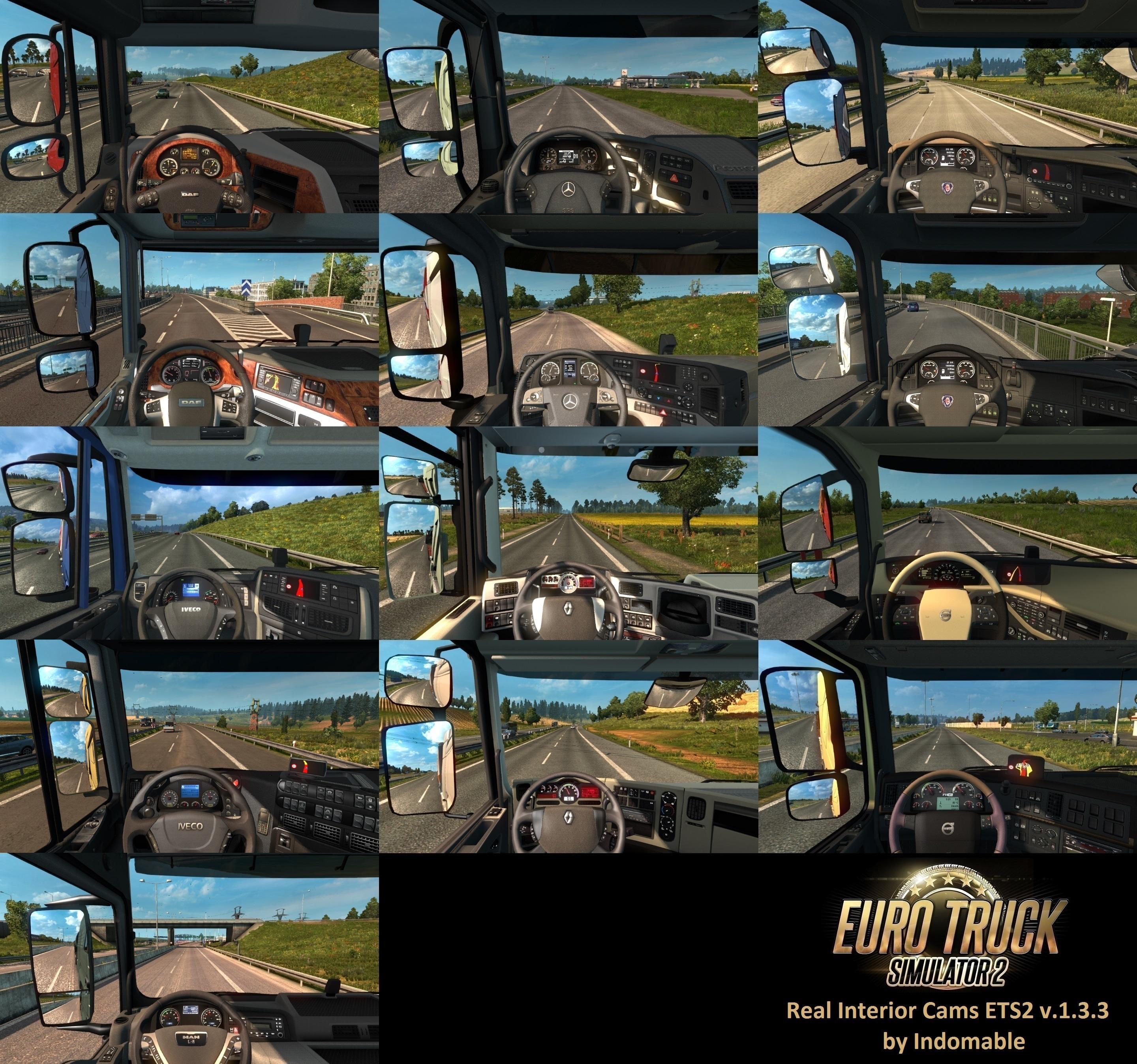 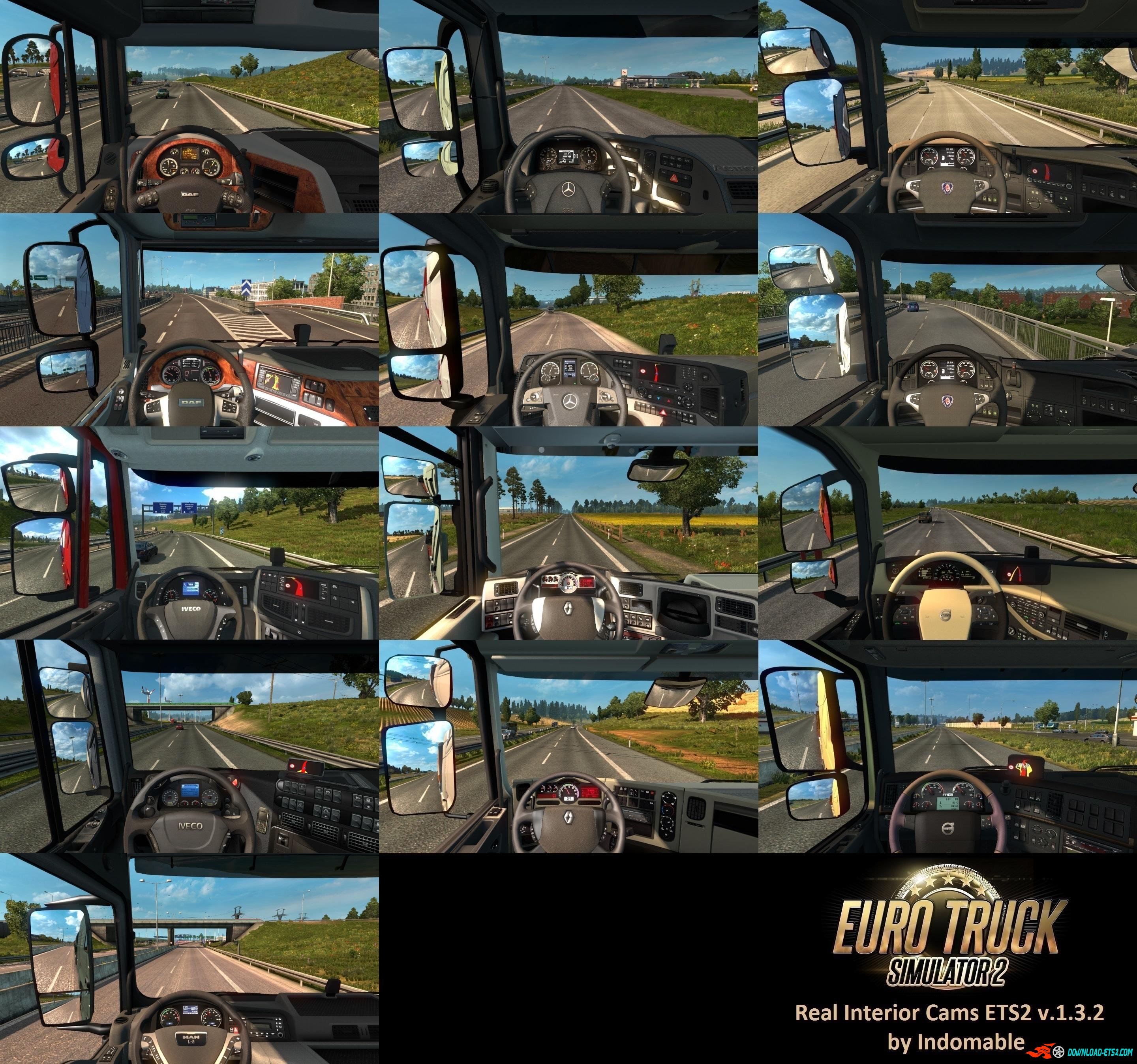 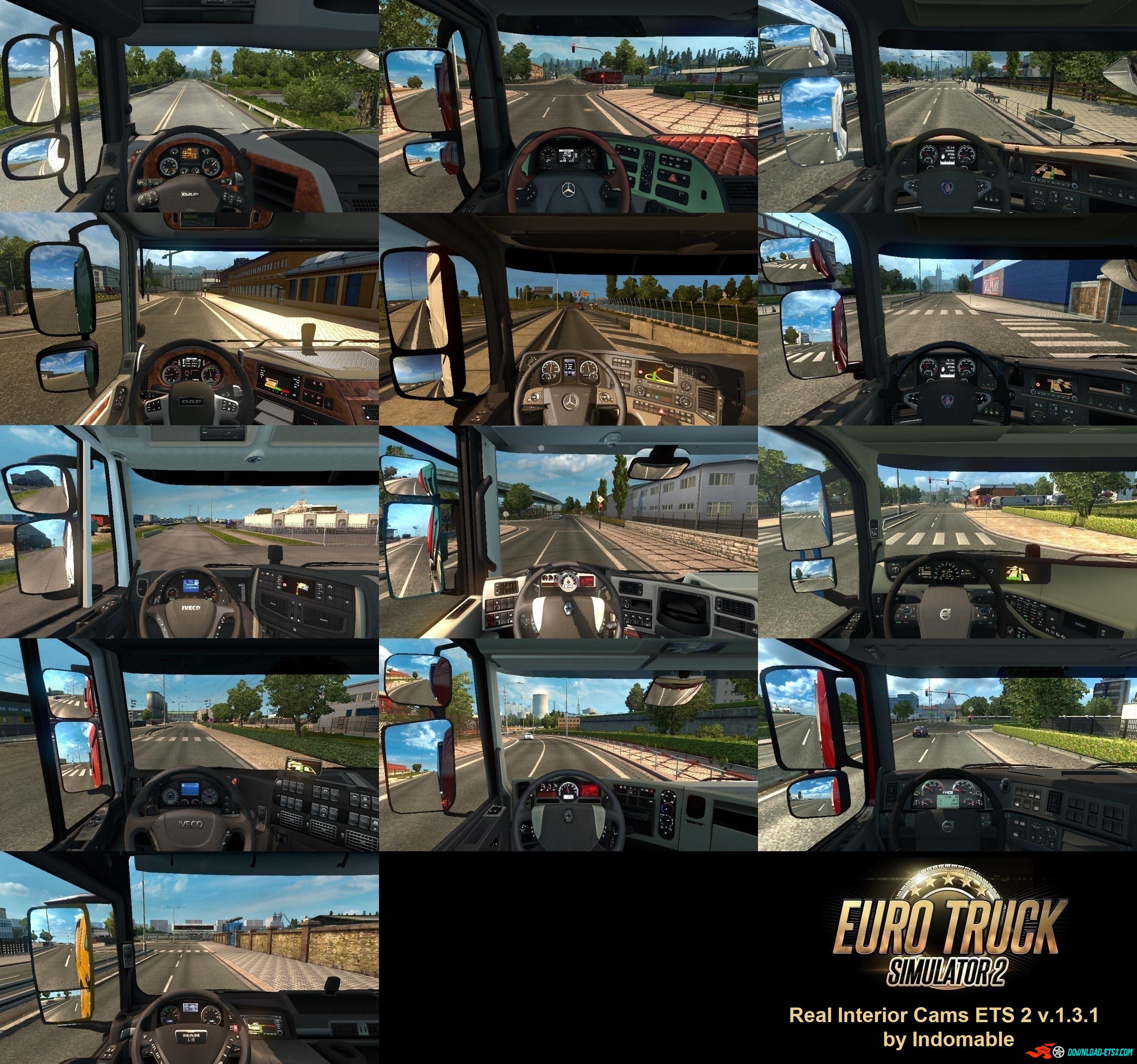