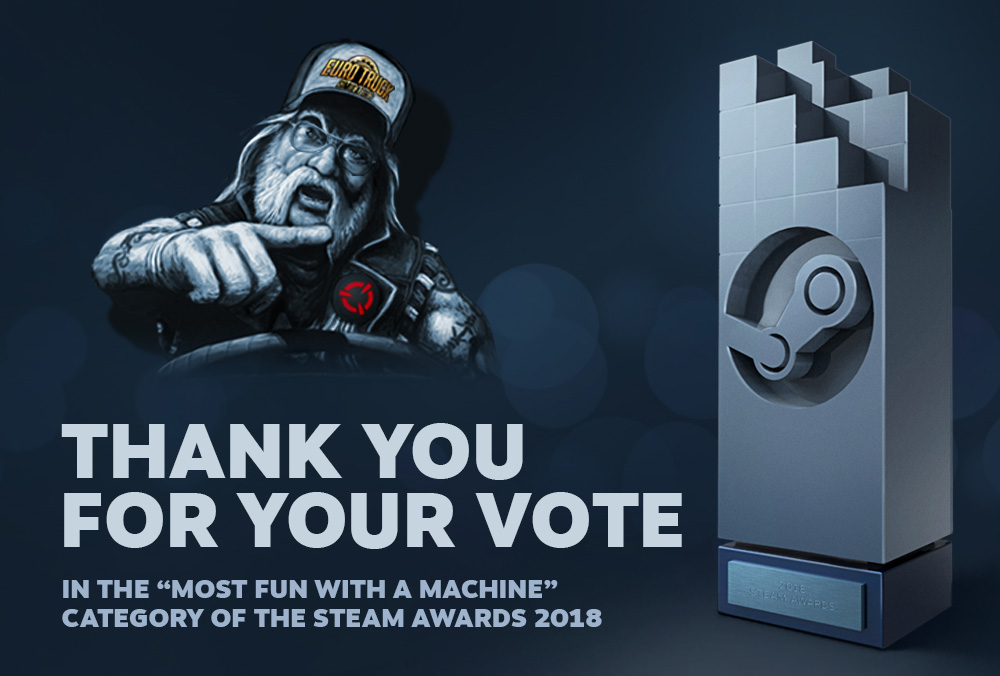 News ETS2 Total views: 1 259
The Steam Awards 2018 are over and the results have been revealed. Earlier this year, it was a nice surprise to see that we had made the first round of voting. Euro Truck Simulator 2 was nominated for the Most Fun with a Machine category, among so many other fantastic and popular titles and developers nominated. We know this wasn't possible without our devoted community.
We may not have taken the title this time around, but every vote made for us by our community was in our eyes the biggest award. We appreciate every one of you for your continued support throughout the years, and to us, YOU are the champions!
We would like to congratulate all those who received awards this year, especially to the Rocket League team who won the 'Most Fun with a Machine' Category. You may still remember our cross-promo effort from a few years back.
From all of us here at SCS Software we would like to thank you once more for your vote. We are already looking forward to this year's Steam Awards for 2019.
As a token of our gratitude for your support, and to fuel some speculation we all like so much ;-), we want to leave you with this before-and-after teaser image of a project we have currently in the works.

Tags: Steam Awards 2018 Thank you for your vote