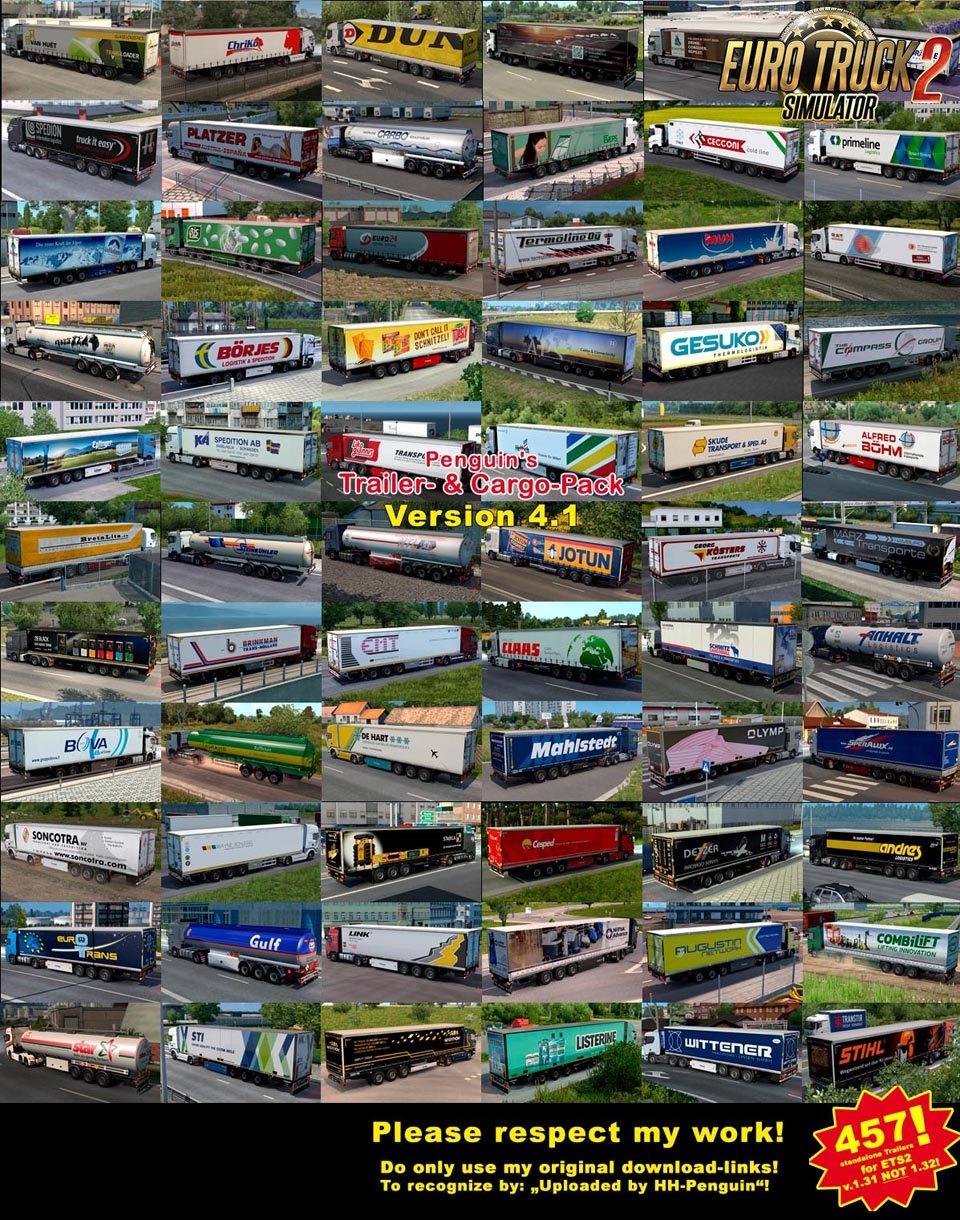 Description about « Penguins Trailer and CargoPack v4.1 for Ets2 »

Penguins Trailer and CargoPack v4.1 for Ets2 1.31.x game version
New Version 4.1 consists now of 457 standalone trailers of 447 companies with adequate cargos.
New Changelog:
- 29 new trailer types
- 7 old trailers removed
- 6 old trailers reworked
- list of trailer-companies, remarked Fictious/Real
It's compatible with 1.31.x game version - (NOT 1.32!).
CAUTION: Since I've removed again some old trailers, after activatig my pack 4.1,
you possibly will be set back to your homebase! So, maybe you should finish your running tour first!
(By the way, that makes the new trailers directly available in freight market!)
Possible gamelog errors due to missing cargos of the removed trailers
('dangling-pointer-errors') are gone when you start ETS2 next time.
Pack runs on Ets2 v. 1.31 (NOT 1.32!) and tolerates other trailer packs.
Tested in common with all Jazzycat packs.
Cable-connections as in ETS2-version 1.31 are NOT implemented,
To avoid warnings in your gamelog.txt (which don't affect your play),
go to Settings - Gameplay - Trailer Cbles and set 'None'
Credits:
Basics are SCS trailers 'KRONE ProfiLiner', 'CoolLiner', 'Fridge', 'Fuel-, 'Cement-' and 'Food-Cistern',
Rommi TZ Schmitz, MD-Modding Container and Fridge1, Matdom1988 Fridge und Fuel-Cistern,
Fruehauf IceLiner from Niksari Elitesquad Modz and Fuel-Tank by Fred_be.
Special thanks to KaLeu57, Brausetablette, Fr8i, sunrise, RudiRR, Reefer, joberam and many
others out of the communities for their know-how support and their suggestions!
Edited with Adobe Photoshop, Adobe Illustrator and ETS2 Studio.

Install help
The pack consists of two 7zip files (001 and 002), which considerably reduces the amount
of data to be downloaded! Opening file 001 enables you to extract the complete scs-file
It is allowed to offer my pack on other websites, BUT please, only referring to my original download-links (sharemods.com)!
That's the only way to ensure the archive is original and virus free! Recognizable by the words "Uploaded by HH-Penguin"!
Unfortunately, some guys repeatedtly re-upload my packs under their own accounts before
they offer them on other sites. Often even with different file-sizes...!
That's not fair, and also I loose track of entire summary of downloads, which I'm interested in!
So, PLEASE don't re-upload!!
Cheers from Hamburg, Germany!
Pengu
Screenshots Mod 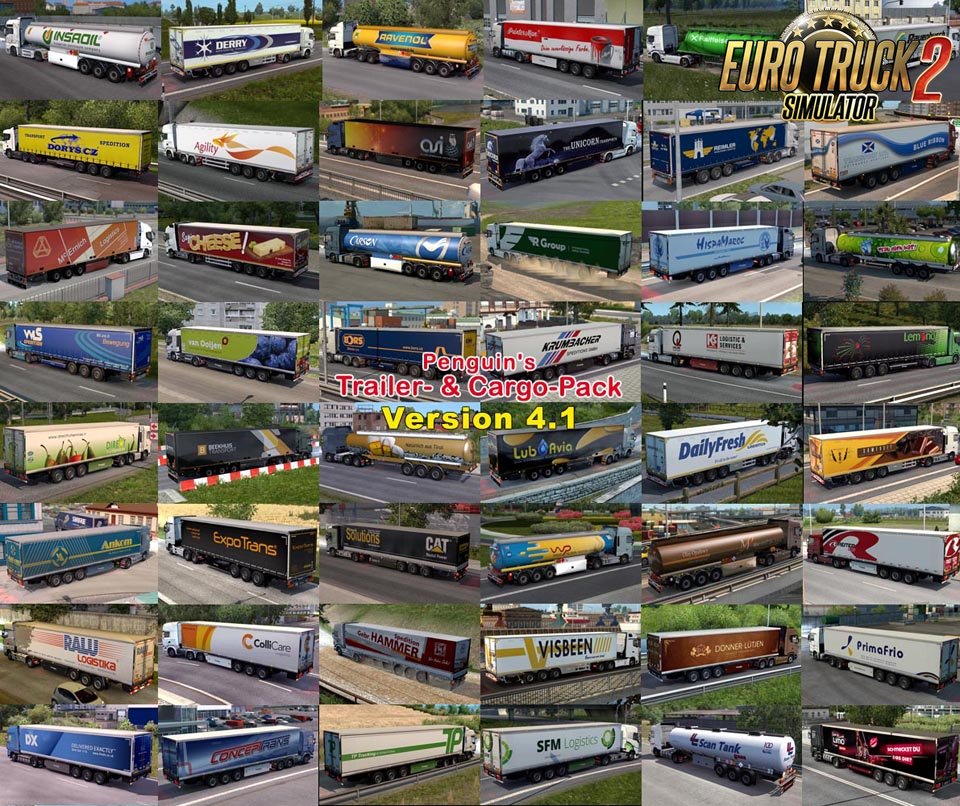 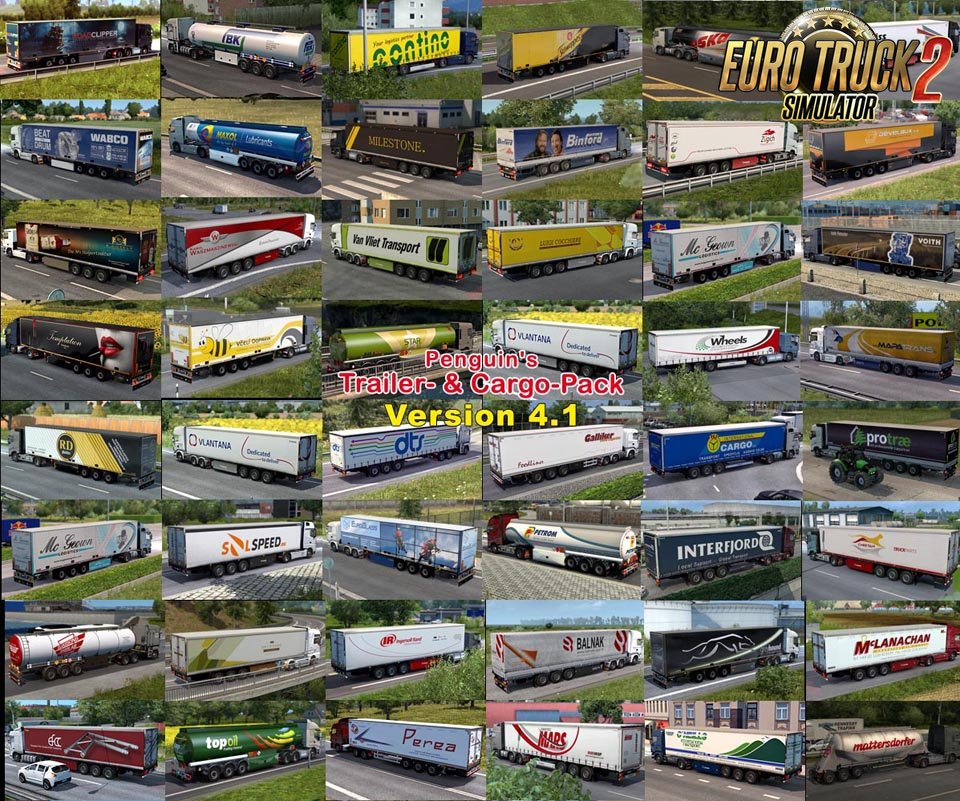 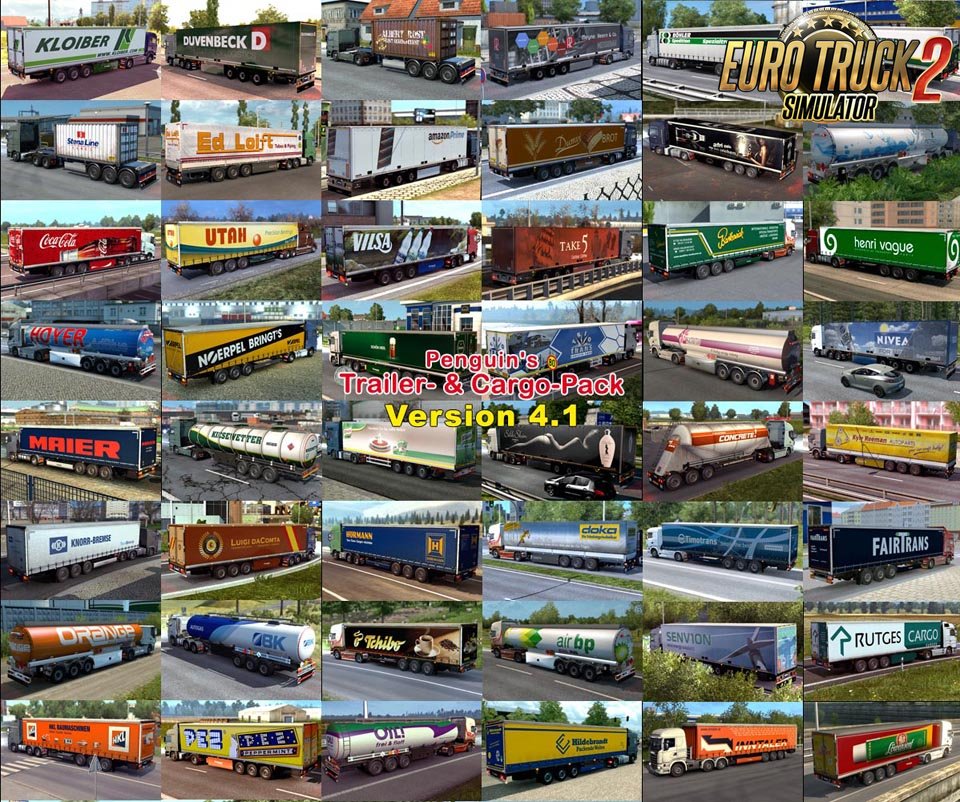 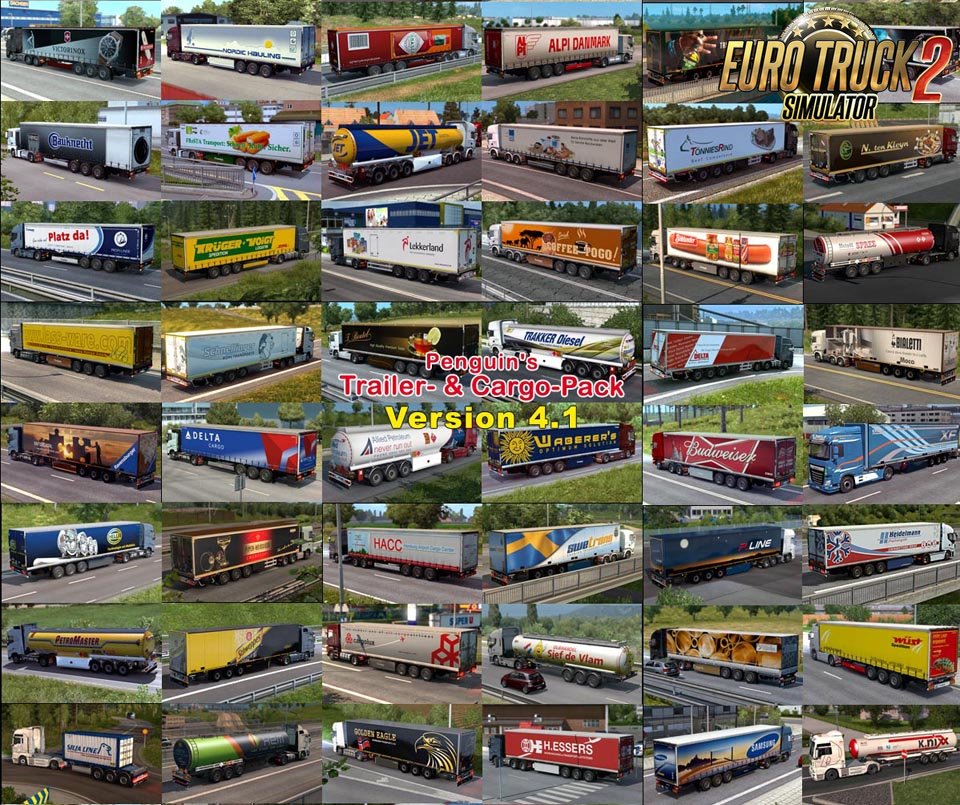 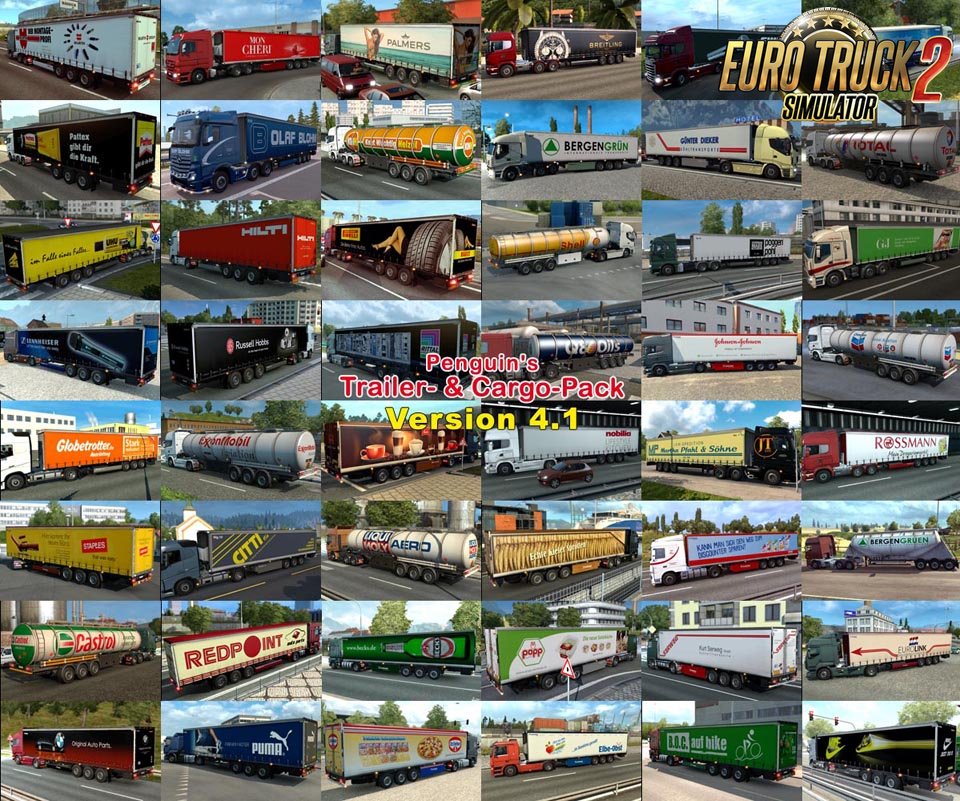