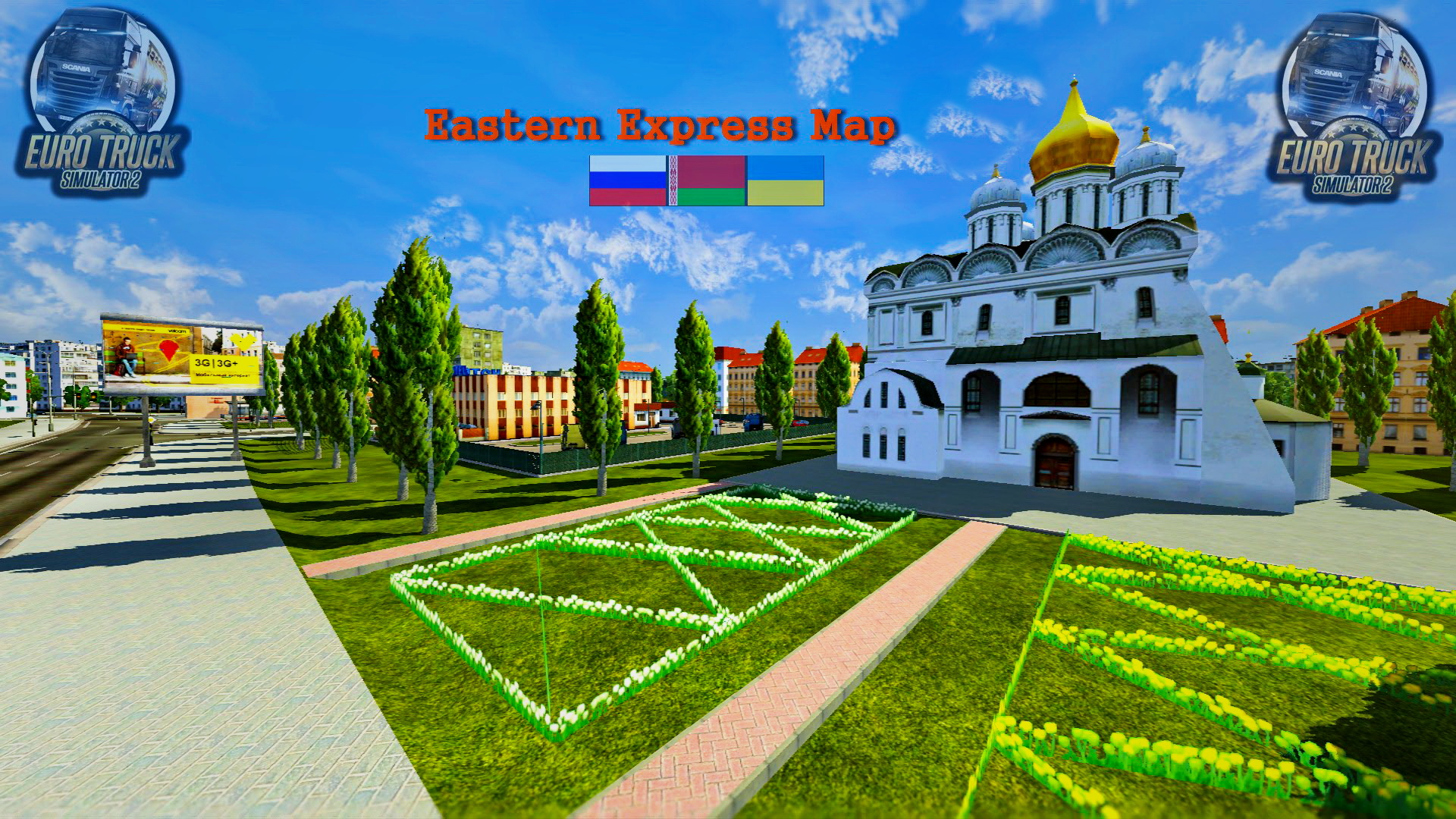 Mod card is a continuation of the previous version and includes:
- Card only Russia and Belarus - to select it in the gaming unit profile settings select rus.mbd.
- A map of Russia and Belarus combined with the default map + DLC.Dlya select it in the gaming unit leaves - Europe.
In fashion there is traffic the domestic auto industry, new cargo and trailers to them and participating in traffic. Refueling Companies logo on traffic changed to real-life and added new ones.
Traffic lights in Belarus and Russia have a flashing green light. Mah.skorosti limiter set at 110 km / h (default 90 km / h) .Remove constraints can be in the options menu of the game. Economy Standard - increased the delivery time of goods in connection with the large distances and the presence of a winter area - in the Murmansk region. Fixed HDR for better display graphics in winter conditions. Fixed all the bugs seen.

"Orient Express 4.1":
Map of Russia, Ukraine and Belarus. There is a standard Europe and DLC "Going East". Requires a license to operate a game with established DLC GE.
Features cards:
- Use any copyrighted prefabs to create original interchanges;
- Due to the incomplete of study of prefabs, traffic on them does not move in all directions and may be a problem with the map on the right path junction in GPS navigator - recommended travel undertaken strictly on road signs in the St. Petersburg area and to the north;
- Driving on winter roads only senkventalnoy or manual box, otherwise you can not even budge.

Differences between version 4.1 to 5.0:
- Ukraine all cities.
- Implemented fully compatible with version 1.14 ets2
- Creation of new traffic lights with repeaters.
- Removed all seen players flaws and bugs in previous versions.
Serviceability checked to version 1.14.2, backward compatibility is not, and the addition of a map for them to look for relevant topics.
Authors: Authors cards: valera_t, SCS Software
Authors include: valera_t, goba6372, STALKER45, Denlog, Gluck
Authors prefabs: Valera_t, FLD, SCS
Author models for traffic: valera_t, goba6372, Jazzycat, kosa6414, onixer
Special thanks to Yuri Senkevich to update billboards, Goba6372 model for bumpy roads, as well as all those who provided all sorts of information to create a more realistic game world.

- download the mod «Eastern Express Map v9.0 + Fix (1.25.x)»
- use WinRAR or 7-zip and unzip the archive;
- copy the file with the extension .scs in My Documents/Euro Truck Simulator/mod folder
- start the game, go to your profile, see the Mod manager and activate the mod.
Tags: Eastern, Express, Map, v9, Fix, 25
Download from our server: