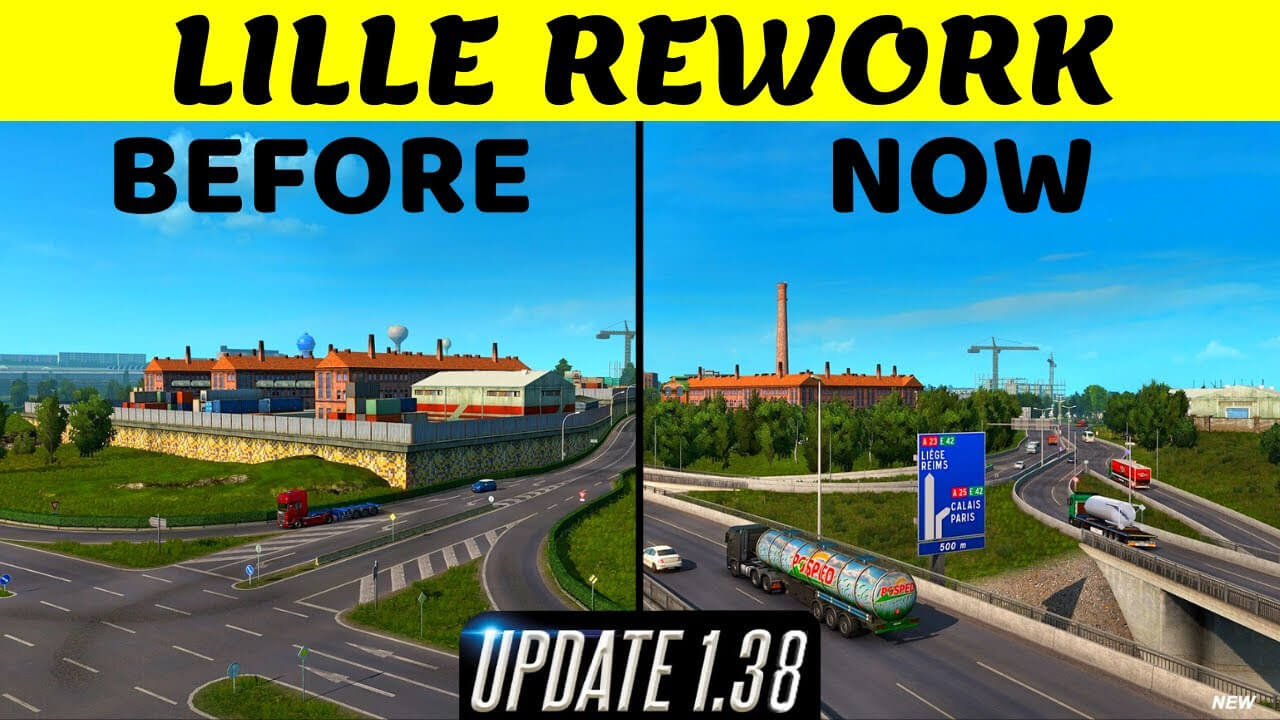 News ETS2 Total views: 746
Great news from SCS Software for ETS2 players, new Update ETS2 1.38 coming soon and adds new features.
We are always excited to show our community what changes and updates we are working on for the next version of Euro Truck Simulator 2 and American Truck Simulator. Today we want to focus on one of the bigger changes drivers in Europe can expect to see in the upcoming 1.38 update.
Introducing the French city of Lille, an important logistics link for truckers traveling between Belgium and the Netherlands, but not as you may remember it in Euro Truck Simulator 2. Lille has received a major reskin, giving it a fresh and up to date look for 1.38. So what exactly has been changed? Let's take a closer look.
As you can see from these comparison shots, many of the older vegetation models such as trees and wildflowers have been replaced with newer ones, which gives the city a completely new look in terms of natural beauty. Another major change made to Lille is to its roads and junctions; many of the road junctions have been re-worked to be based on more true to life layouts.
Road signs and roads, in general, have also been updated with more accurate, realistic, and detailed textures. While many of the major changes are quite obvious, we will leave it up to you to explore Lille for yourself to spot them all!
We look forward to sharing more with you about what is to come in 1.38. Watch this blog and keep an eye on our Facebook, Twitter, and Instagram for the latest news and announcements.