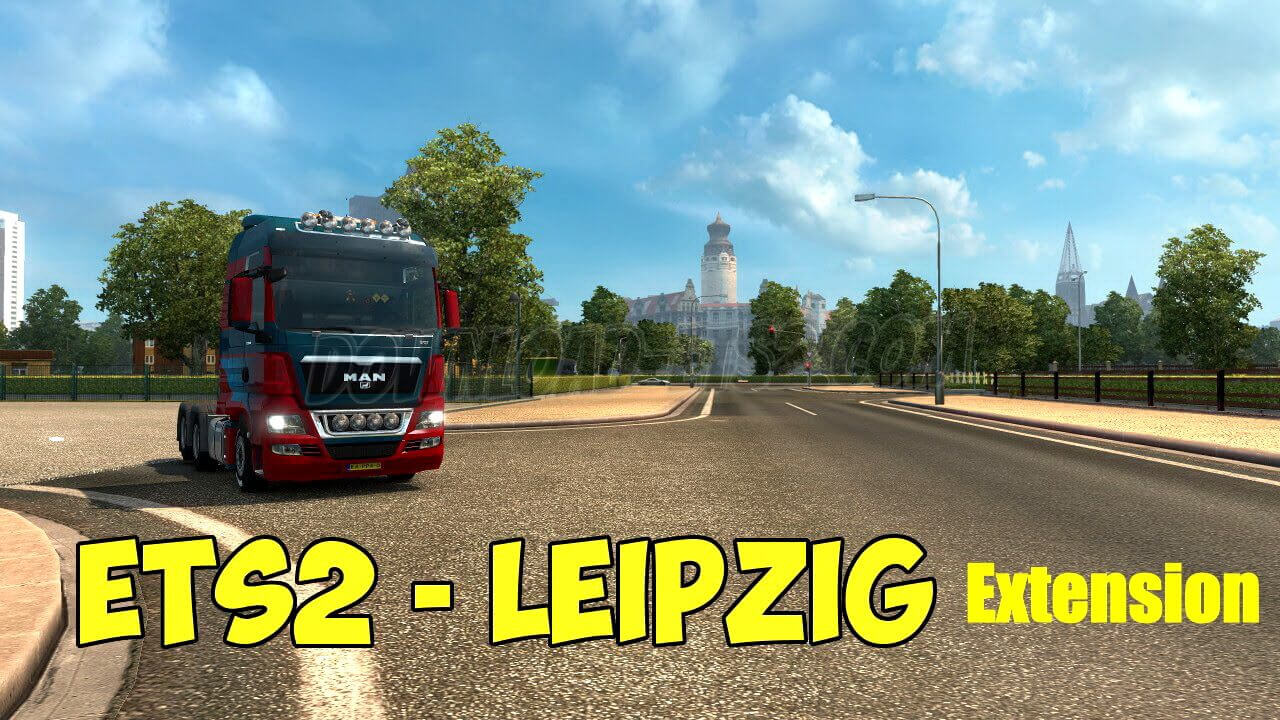 Leipzig Map Expansion - this mod extend the city Leipzig from Germany. It’s not compatible with Promods or other maps that will include the area of Leipzig

Old Changes
Update 0.4.2:
– added a picture for this mod
– removed traffic on the road to Tree-Et company

Update 0.4.1:
– fixed a texture pop out of a rock near Tree-Et company
– added traffic lights to road cross in the south of Leipzig - download the mod «Leipzig Map Expansion v0.5 (1.37.x)»
- use WinRAR or 7-zip and unzip the archive;
- copy the file with the extension .scs in My Documents/Euro Truck Simulator/mod folder
- start the game, go to your profile, see the Mod manager and activate the mod.
Tags: Leipzig Expansion ETS2 Shadowplay