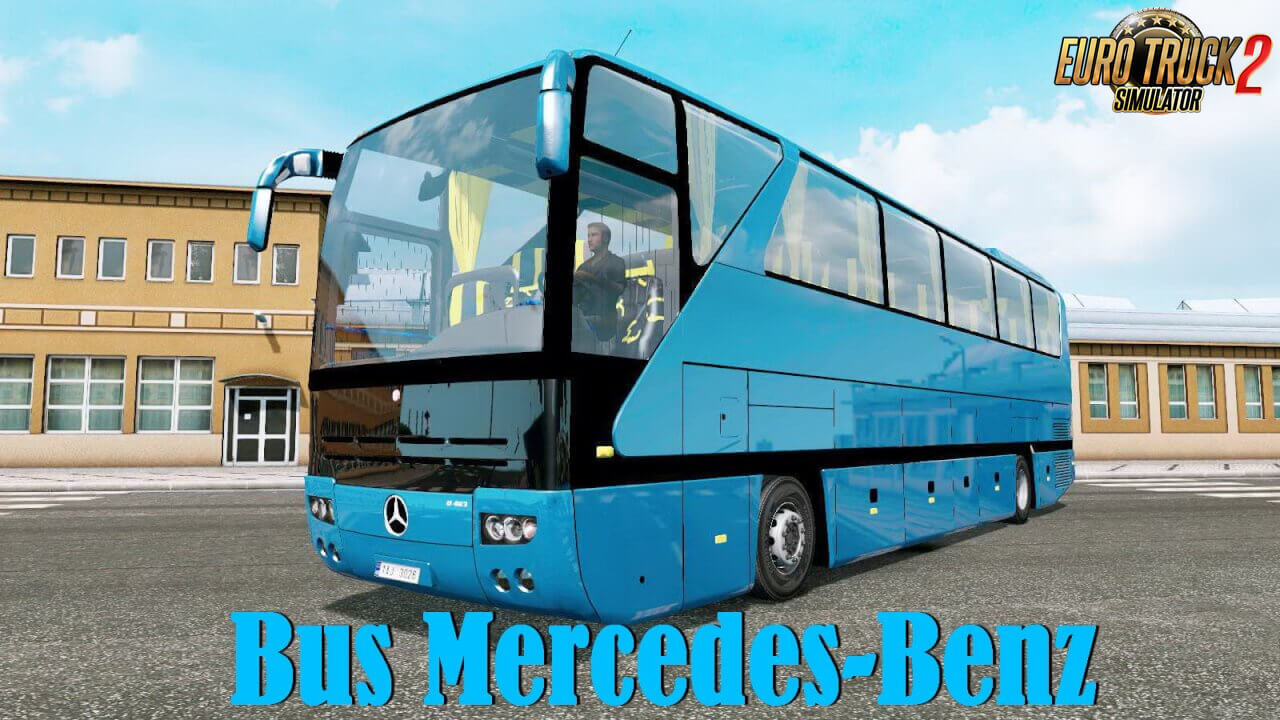 Bus Mercedes-Benz o403 - this mod add a high quality German bus Mercedes-Benz o403, which was produced from 1995 to 2005 for ETS2 players. Mod is compatible and with American Truck Simulator game.
Features mod Bus Mercedes-Benz o403:
- independent bus model
- High quality 3D model
- High quality detailed exterior
- High quality detailed interior
- the model has own interior
- the model has own sound
- the model has own wheels
- passangers seats
- present the illumination of arrow speedometer and tachometer
- the character is correctly sitting in the driver's seat
- the choice of engine power
- the choice of transmission and gearbox
- the choice of wheels configuration
- choice of color body / metallic paint / skins
- correct position of the Mercedes logo
- Working headlights, brake lights, tail lights, front and rear turn signals, steering wheel and reverse signals;
- The correct position of the player
- There are external tuning
- Light in the cabin
- Supports all major functions of the game
- buy in Mercedes dealer