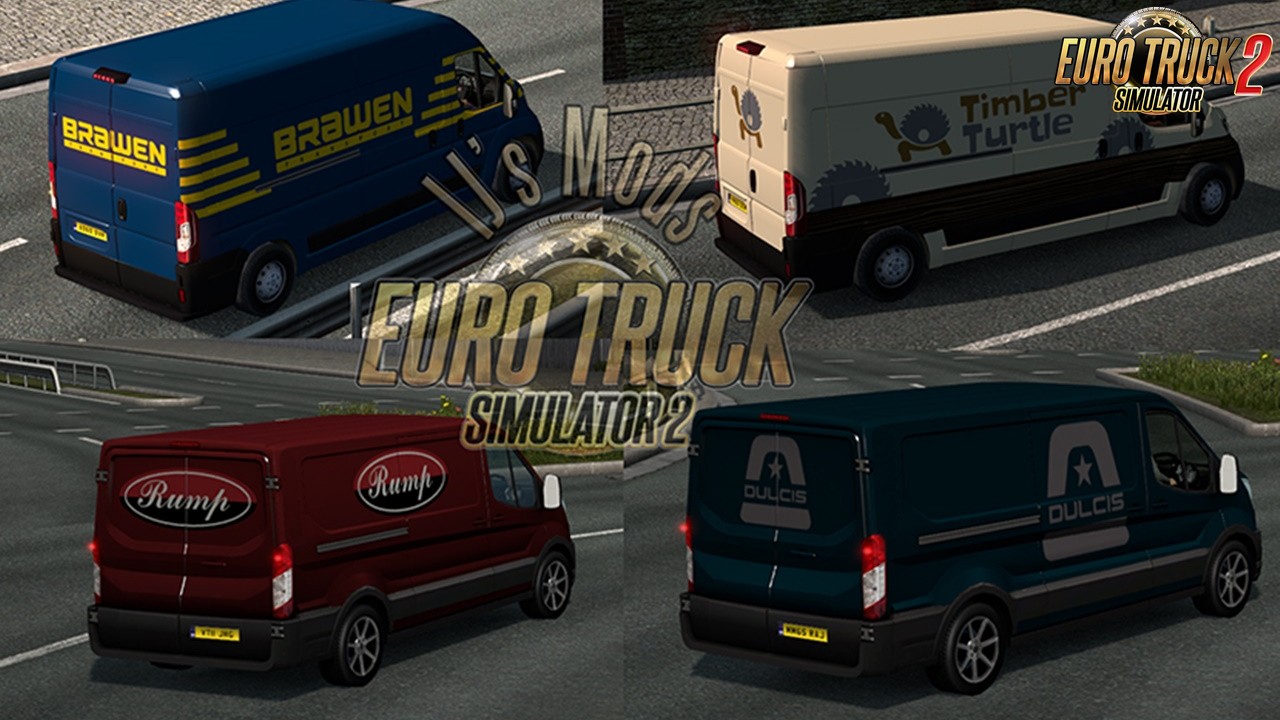 SCS Company AI Vans Balkans (East) [1.36.x] for ETS2 | Euro Truck Simulator 2 game.
Features:
This mod is an AI Vans (Transit 2016, Peugeot Boxer, Box van) pack that has skins
for the default SCS companies from the RttBS DLC.
The vans should be seen in the Balkans (East) DLC countries only.
This mod does not require any DLC.
Vans will only appear in their respective countries, owned by National Companies such
as Bulgaria, Romania, Russia and Turkey.
The appearance of traffic in the border areas is not more than + - about 100 km.
In traffic:
Transit 2016
Peugeot boxer
Box van
Tested on 1.36.x game version
Screenshots Mod 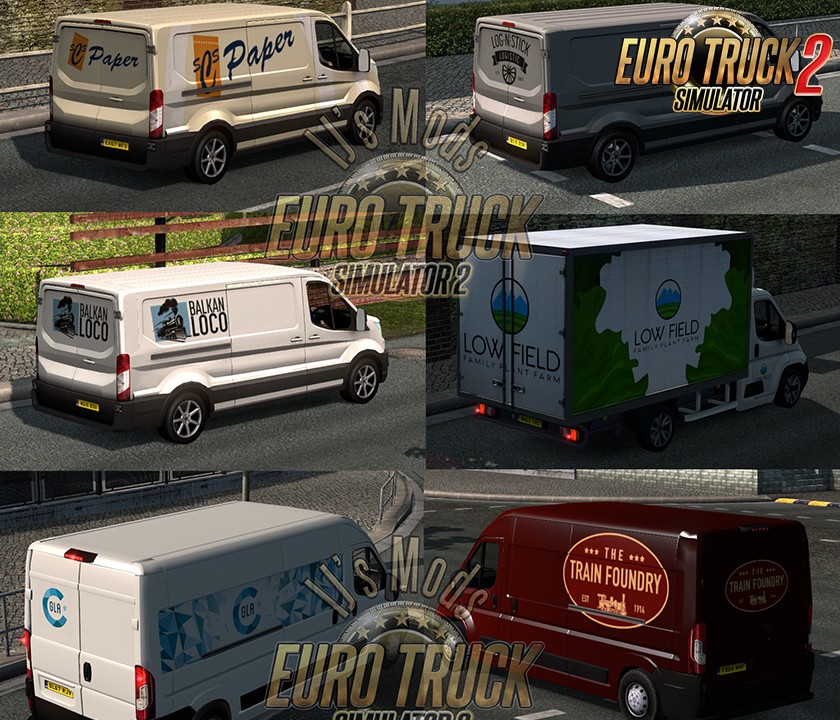 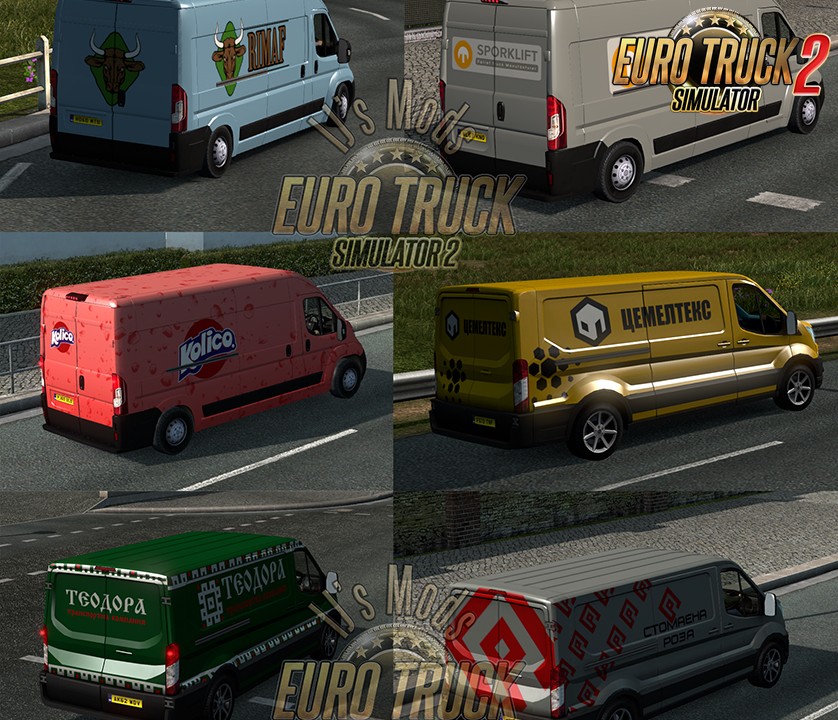 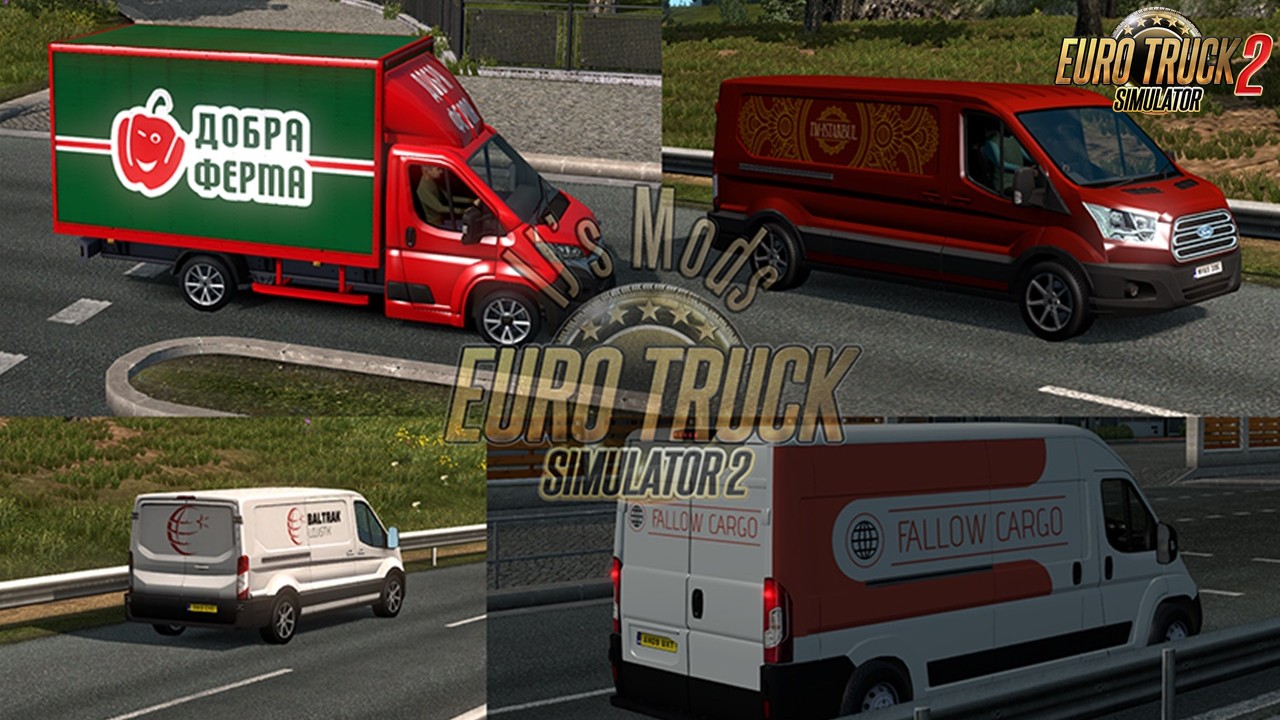 - download the mod «SCS Company AI Vans Balkans (East) [1.36.x]»
- use WinRAR or 7-zip and unzip the archive;
- copy the file with the extension .scs in My Documents/Euro Truck Simulator/mod folder
- start the game, go to your profile, see the Mod manager and activate the mod.
Tags: Company Vans Balkans East