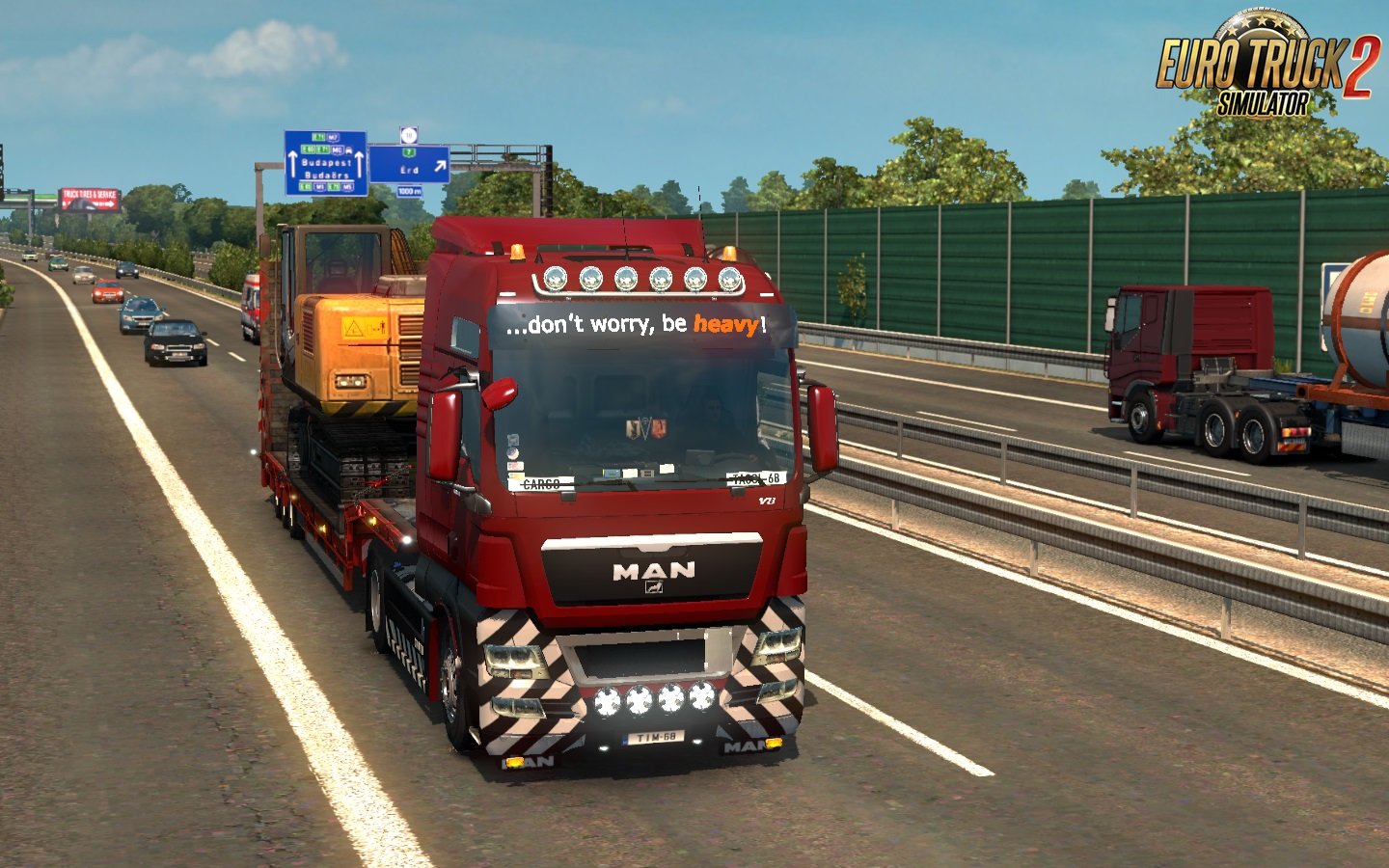 Realistic Driving v1.35.1 for Ets2 1.35.x game version
New Changes in v1.35.1:
– Adaptation for game version 1.35.x and higher
These modes are done by driving of the truck in a game to more realistic.
Before beginning to play after activation of spendthrifts:
In settings of a game to switch-off the swinging camera,
and to leave amplitude of swinging in situation by default.
Features:
1. Smoothly advance, without sharp set of speed.
2. Turns in the right – left without sharp brozk
3. Resistance of wind and frictional force are reduced, than the track setup at any speeds is increased.
4. Considerably the brake way increased, it is better to observe the high-speed mode.
5. Reaction time of brakes is reduced, it is possible to apply brakes partially softly
(short-time key press of “S”) and at small speeds.
6. Uphill it became more difficult to rise.
7. Sensitivity of a wheel depends on motion speed now. The more speed, the is less sensitivity.
8. The turning angle of front wheels is increased. Now it is easier to park a track with a load,
to maneuver on narrow small streets in the cities and on mountain roads.
Realistic Control For All Cars ETS2 (main) – to set in modes the manager over all trucks,
all following is set above on a priority.
Soft chassis Jazzycat trailers – the Chassis of trailers Jazzycat with the changed road clearance,
for players of Jazzycat which connected modes.
Screenshots Mod

- download the mod «Realistic Driving v1.35.1 for Ets2»
- use WinRAR or 7-zip and unzip the archive;
- copy the file with the extension .scs in My Documents/Euro Truck Simulator/mod folder
- start the game, go to your profile, see the Mod manager and activate the mod.
Tags: Realistic Driving v1 35 for Ets2