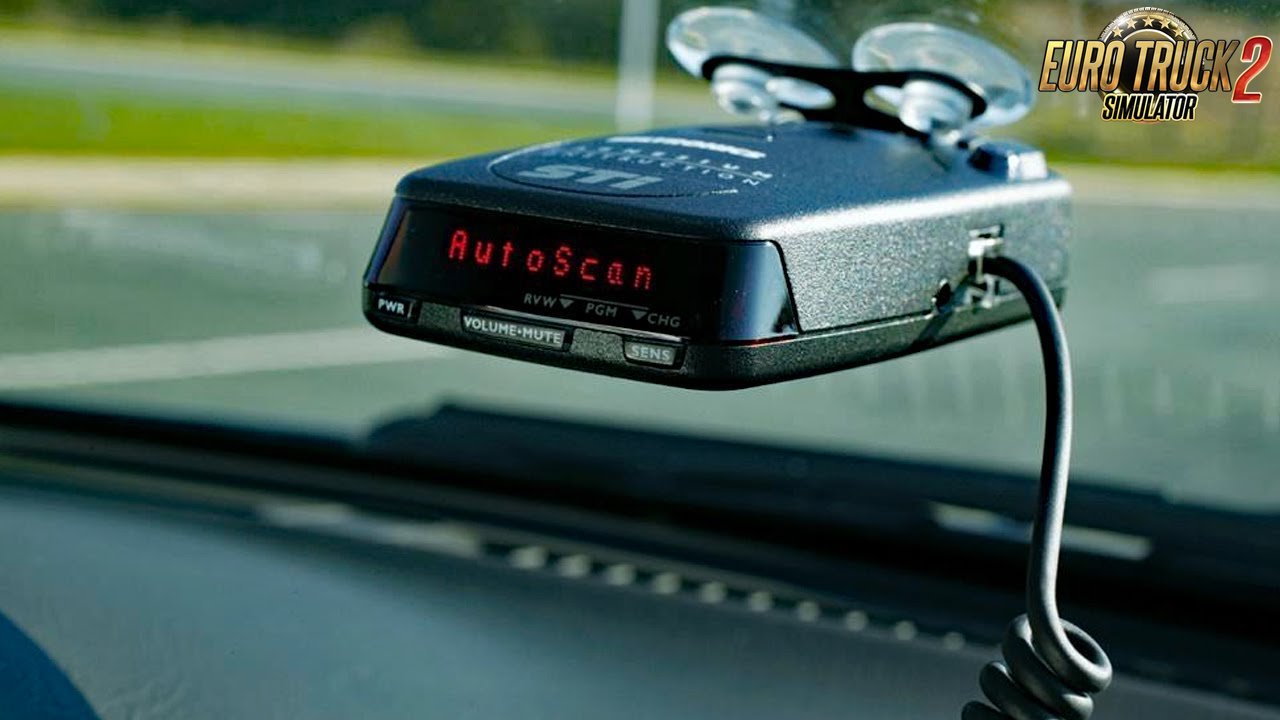 Radar detector - Female Edit for Euro Truck Simulator 2 game
Features:
In the Internet, I dug out an interesting version of the radar detector.
In this edition, the radar does not just pick up when approaching the cameras - first there is a voice
alert (female voice), and then an audible alert. Checked on version 1.32 (should work on versions above)
with all DLC + RusMap + South region. I do not know how it works on other maps.
After installing a mod in a tuning studio, an accessory will appear, but installing it
is not necessary - the alert will work without the radar itself.
Installation is standard.
The author of the mod Schumi , and edited by SODAGAME (just changed the sound)
Screenshots Mod

- download the mod «Radar detector - Female Edit»
- use WinRAR or 7-zip and unzip the archive;
- copy the file with the extension .scs in My Documents/Euro Truck Simulator/mod folder
- start the game, go to your profile, see the Mod manager and activate the mod.
Tags: Radar, detector, Female, Edit