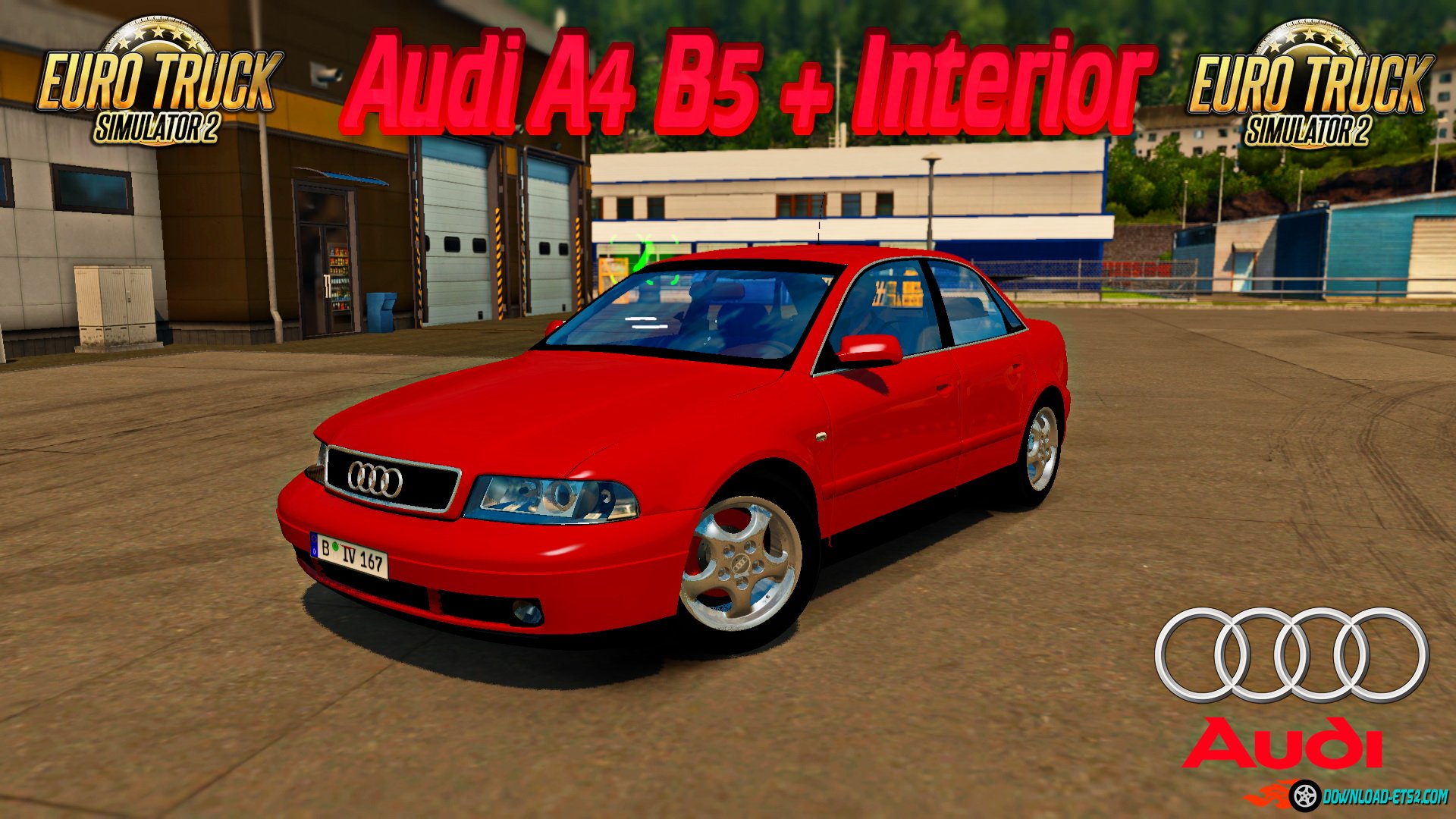 Passenger car mod Audi A4 B5 + Interior v1.2 by Azorax Modding (1.34.x) for ETS2 | Euro Truck Simulator 2 game.
Info Car: The Audi A4 is a line of compact executive cars produced since late 1994 by the German car manufacturer Audi, a subsidiary of the Volkswagen Group.
The A4 has been built in four generations and is based on the Volkswagen Group B platform. The first generation A4 succeeded the Audi 80. The automaker's internal numbering treats the A4 as a continuation of the Audi 80 lineage, with the initial A4 designated as the B5-series, followed by the B6, B7, B8 and the B9. The B8 and B9 versions of the A4 are built on the Volkswagen Group MLB platform shared with many other Audi models and potentially one Porsche model within Volkswagen Group.
Info ETS 2: Here is a nice car from Audi A4 B5 converted and adapted for ETS 2 game.
Features car:
- independent car model
- High-quality 3D model
- High-quality detailed exterior
- High-quality detailed interior
- the model has own wheels
- the model has own rims
- Correct car proportions
- Correct seat positions for 4 peds
- working lights
- present the illumination of arrow speedometer and tachometer
- the character is correctly sitting in the driver's seat
- correct position of the Audi logo
- the choice of engine power
- the choice of wheels
- the choice of rims
- the choice of body color / metallic paint
- Working headlights, brake lights, tail lights, front and rear turn signals, steering wheel and reverse signals
- The correct position of the player
- Supports all major functions of the game
- buy in DAF dealers
Changes in v1.2:
- fixed bugs from previous version
- adapted to the latest game version 1.34.x
Changes in v1.31.x:
– Updated to 1.31
– added on windscreen GPS in sedan version (will make as addon for both interiors in future version)
Tested on game version 1.34.x
Screenshots Mod 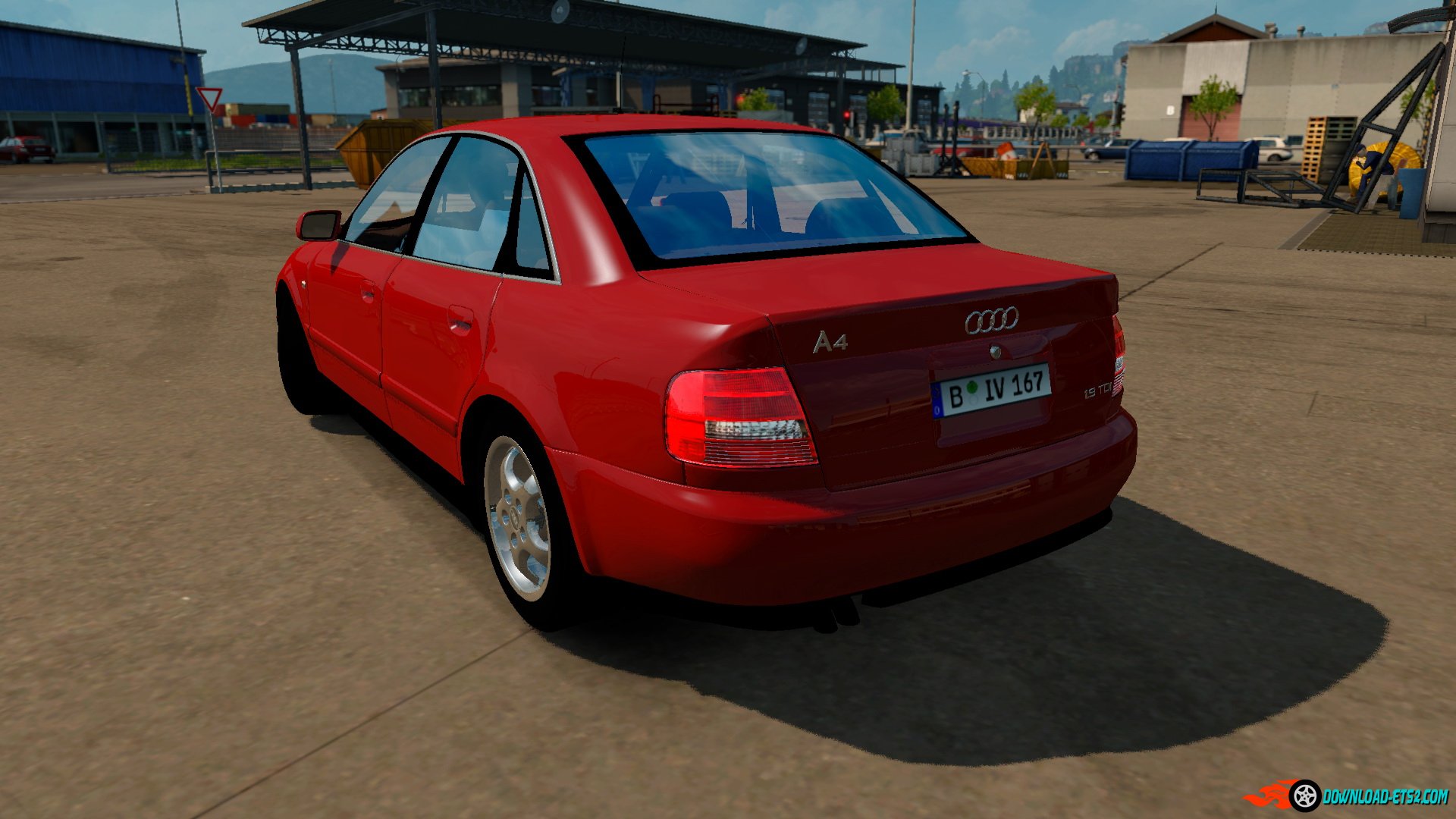 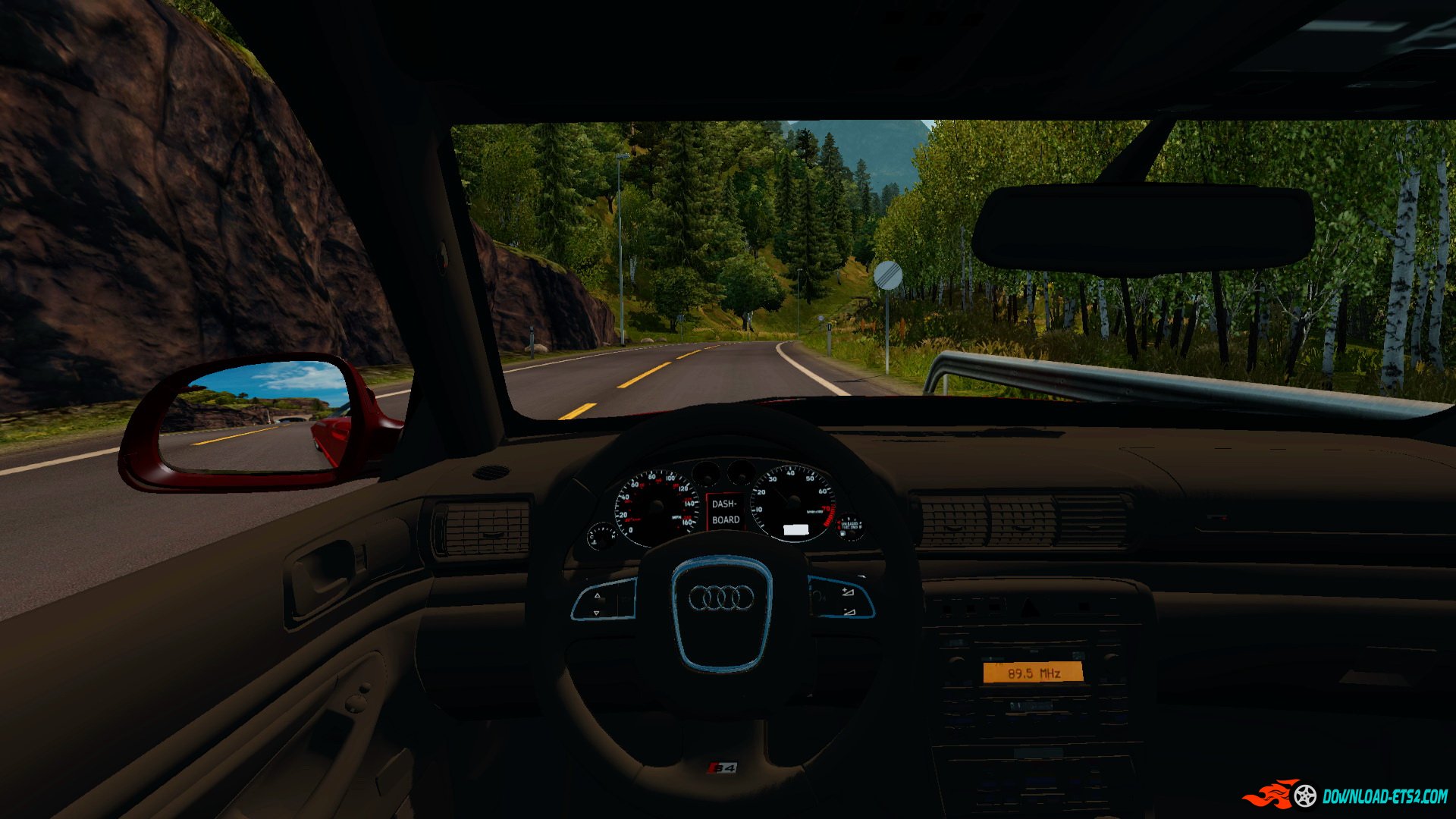