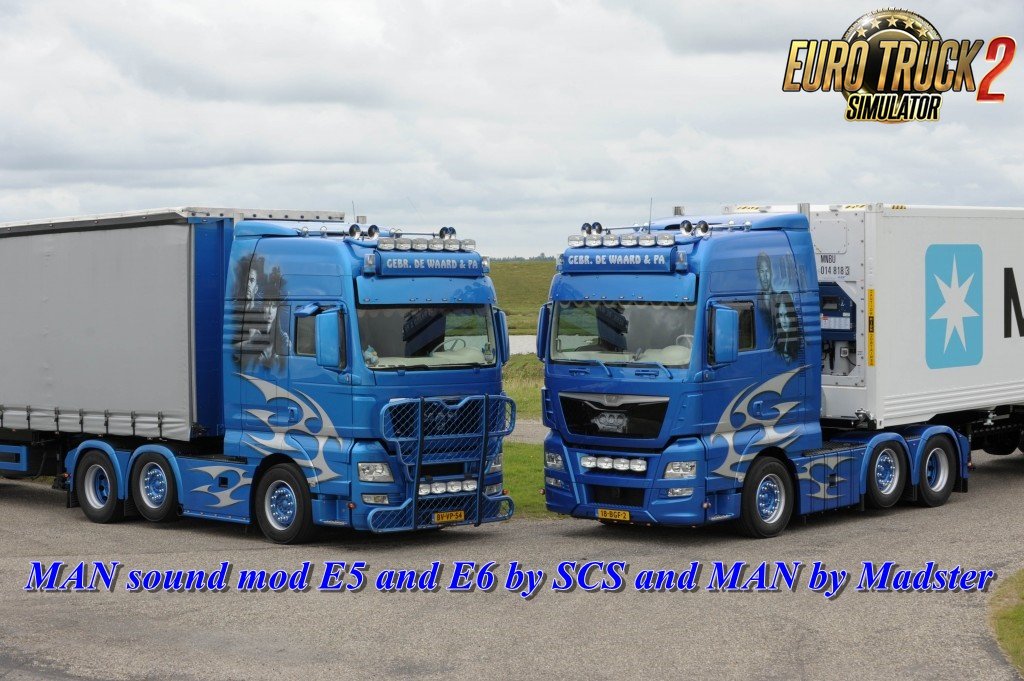 MAN sound mod E5 and E6 by SCS and MAN by Madster for Ets2 game
Proudly presents the MAN sound for the default SCS MAN TGX trucks and the Euro 6 version by Madster.
Basically this is created by Paulnice but there was something wrong with the main sound file,
something like rumble noise but I discover those rumbles and remove them, further
I add some real life air cut off sounds and others sound files, reworked some volume
parameters, so when driving watch and listen to the detail sounds.
I made the sound mods separate so you can choose which one you want to use or both together.
Special thanks to Paulnice and Vasily from EVR sounds to use their sounds and give all the credits to them.
New Update (11-02-2019):
- Added MAN E6 by SCS
*Notice;Put the sound mod above the truck mod by Madster.
MAN sound E5 by SCS
DOWNLOAD