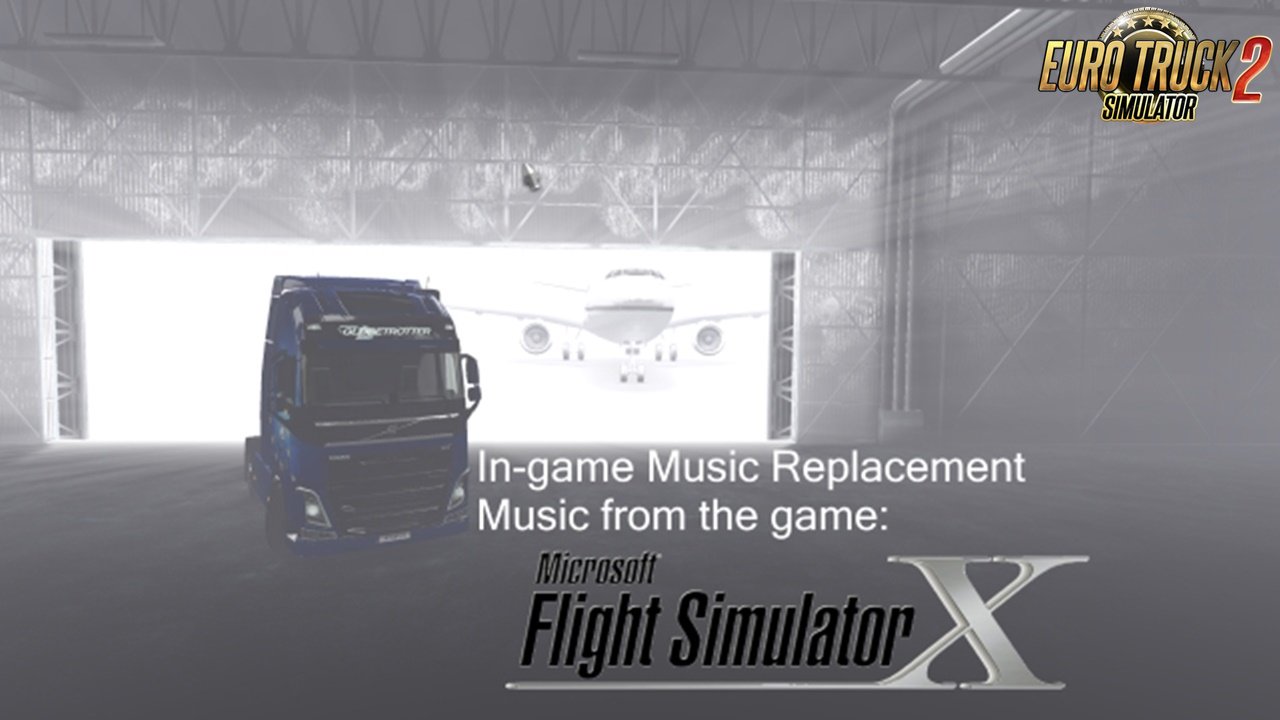 This mod replaces the default music of desktop (menu), expected delivery, and truck
dealer with original music from ACES Game Studio's Flight Simulator X (FSX in short),
published by Microsoft in 2006. The desktop music is intended to complement the "First Class" menu background,
but I decided to go a bit further by replacing more in-game music in order to utilize all of the music from FSX.
DISCLAIMER:
The music in this mod was originally composed and produced by Stan LePard for Microsoft Flight Simulator X.
All rights belong to Stan LePard.
Screenshots Mod

- download the mod «In-game Music Replacement for Ets2»
- use WinRAR or 7-zip and unzip the archive;
- copy the file with the extension .scs in My Documents/Euro Truck Simulator/mod folder
- start the game, go to your profile, see the Mod manager and activate the mod.
Tags: In, game, Music, Replacement, for, Ets2