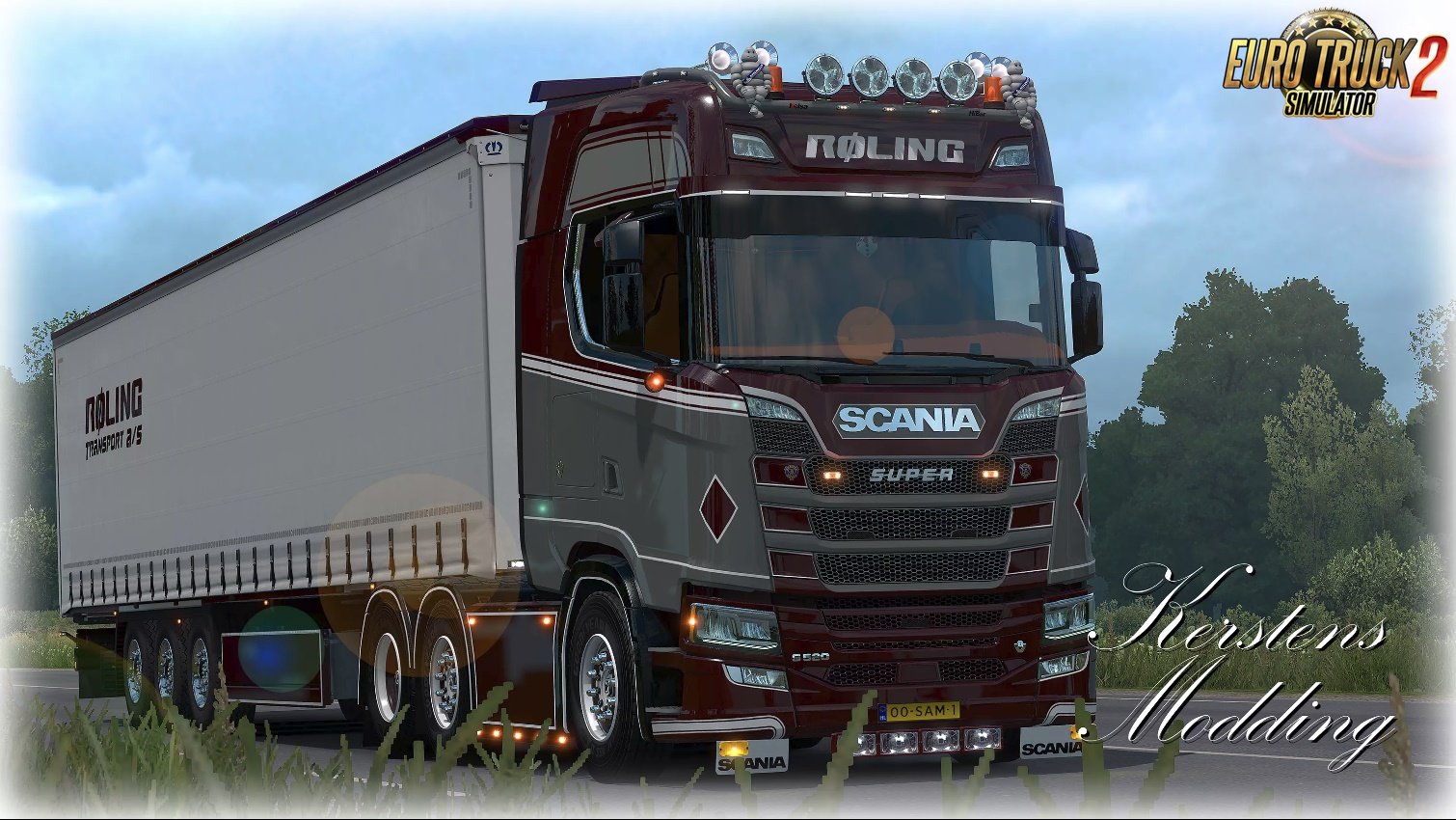 Skins Røling Transport A/S for Euro Truck Simulator 2
This skin was made earlier, but that was a conversion from the older Scania 6 series, to the new Next Gen.
Since Røling Transport A/S recently finished their new pearl, a Next Gen Scania.
Therefore, we released this new version, fully compatible with the newest game version, 1.32.
This mod was made to work with:
Scania S 2016 by SCS
-All standard ownable trailers by SCS
-Krone Profi Liner, Cool Liner and Profi Liner double
-Mods listed below:
Recommended mods:
-Extended Sunshield: https://1drv.ms/u/s!AkrKZ3KSYRDNijexrZnBLoKp_gV-
-Custom Danish sideskirts: https://1drv.ms/u/s!AkrKZ3KSYRDNijexrZnBLoKp_gV-
-Abasstreppas wheels: http://www.mediafire.com/file/wdod9d04cez8wdm/abasstreppas_wheelpack_3_0.rar
Credits
Sam Kerstens, CEO Kerstens Modding made this mod.
Sharing this mod is allowed. The only obligation however is to keep the original download link, which is: http://modding.kerstens.eu/product/roling-transport-a-s-1-32/
Support
For support, everyone is welcome in our Discord community.
This is where we can help you with all kinds of issues with our work:
https://discord.gg/5EzXh2b
Screenshots Mod 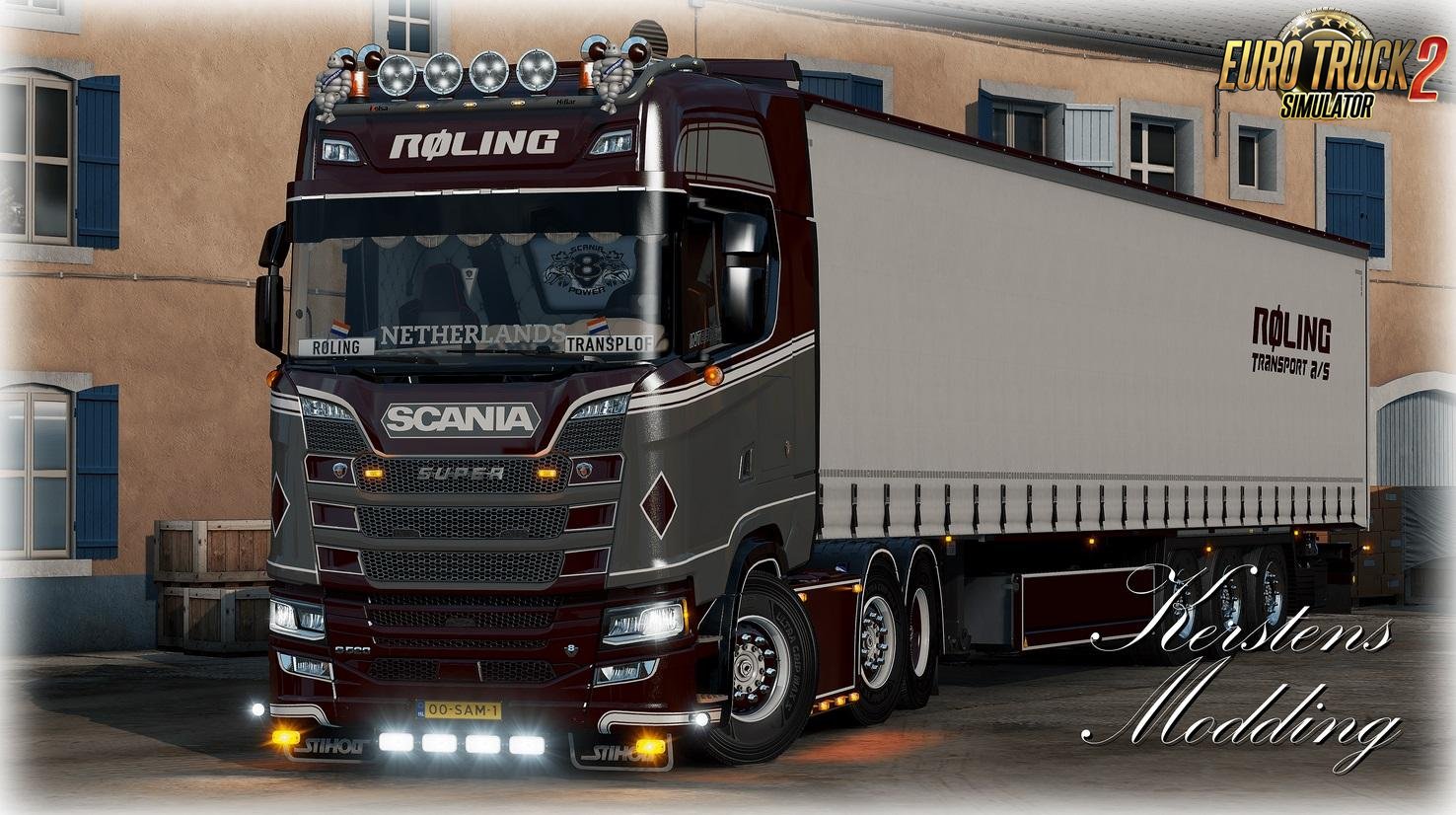 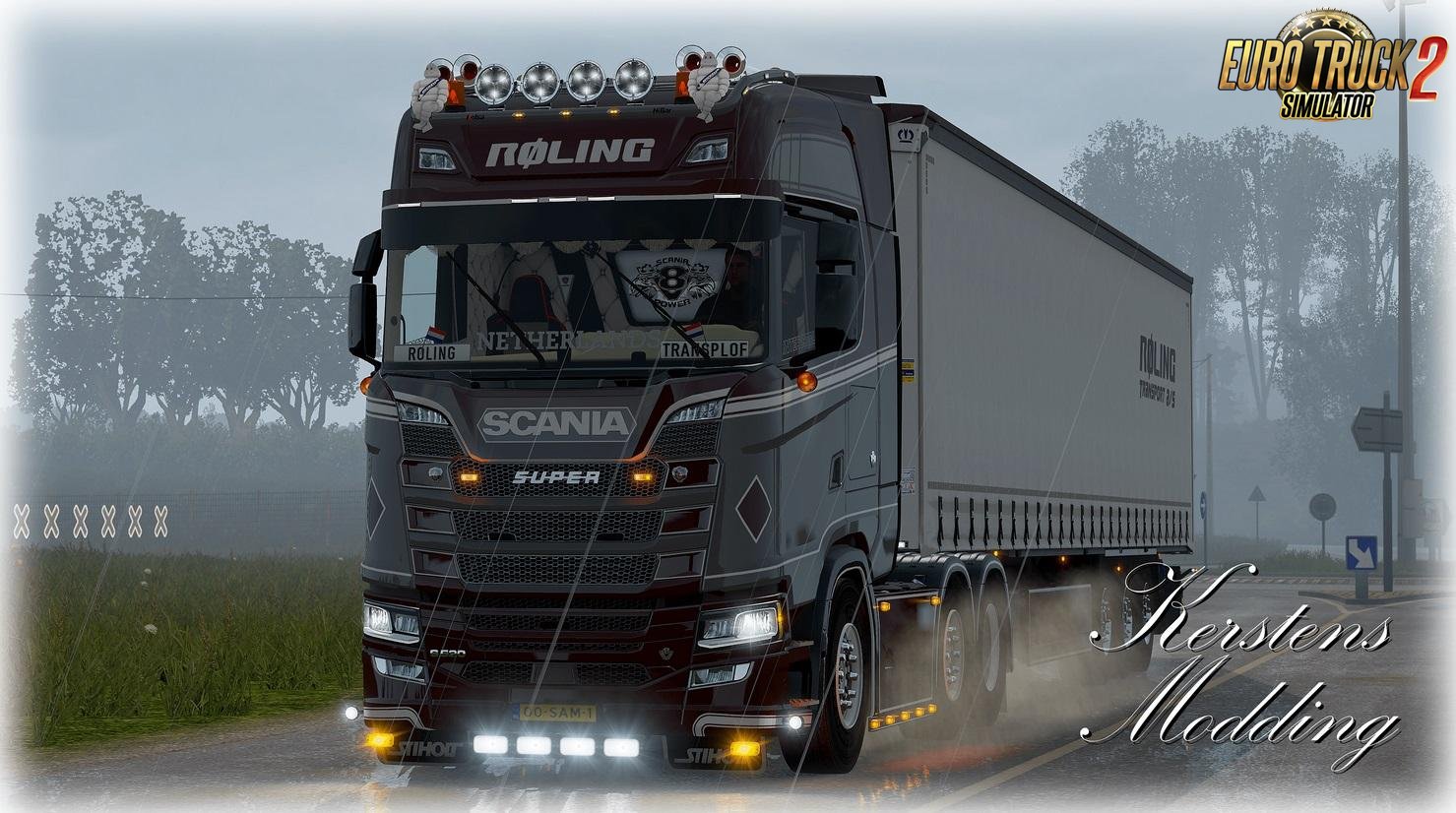 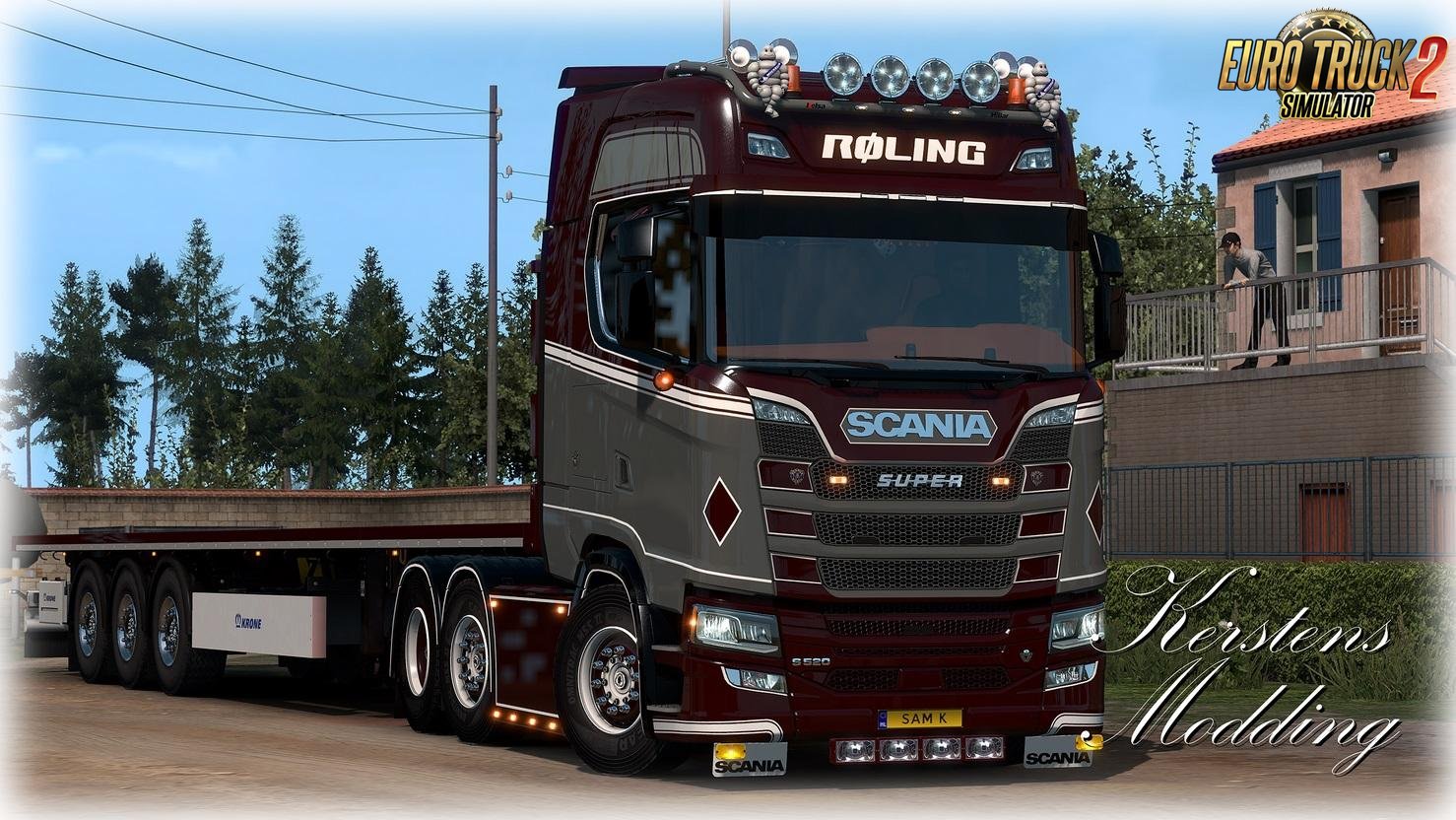 - download the mod «Skins Røling Transport A/S for Ets2 [1.32.x]»
- use WinRAR or 7-zip and unzip the archive;
- copy the file with the extension .scs in My Documents/Euro Truck Simulator/mod folder
- start the game, go to your profile, see the Mod manager and activate the mod.
Tags: Skins Røling Transport for Ets2 32