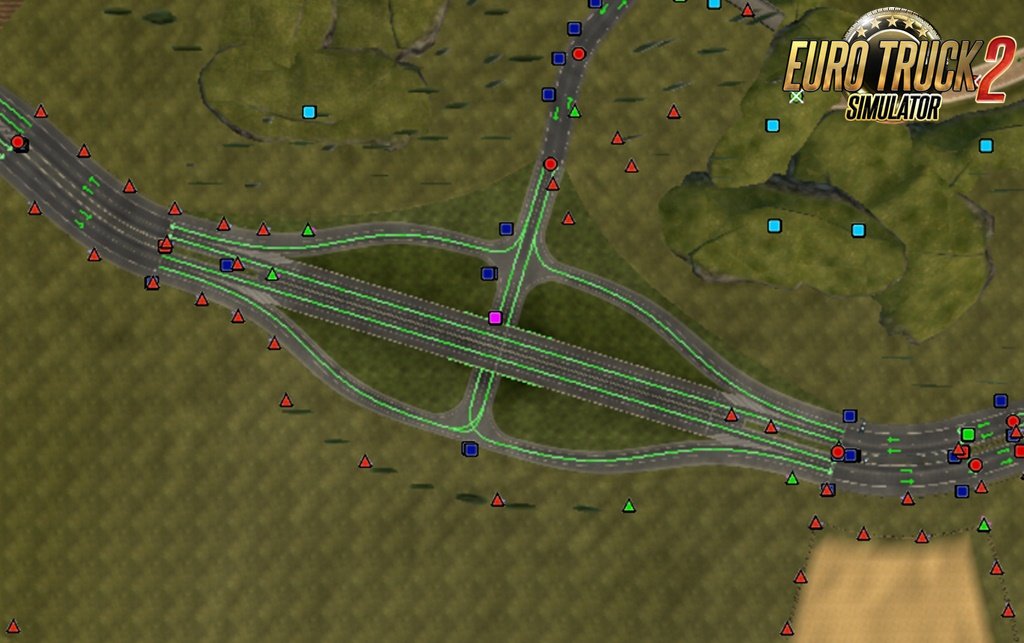 Version 3:
– M2/E105, M4/E115 to Tula, roads around Tula and rest of M9/E30 are rebuilt: new interchanges and correct road profiles.
– Moscow and St. Petersburg (MKAD and KAD) are much optimisated in terms of FPS.
– As much as possible realistic signs using only vanilla assets are added on all rebuilt roads.
– In Promods version, on St. Petersburg ring road and M11 around Vyshny Volochek, those signs are replaced with very realistic signs.
– According to Russian low, speeding is punishable for at least 20 km/h. Therefore you will be able to see strange speed limits like 79 and 109. Maximal allowed speed is 149 km/h on some roads.
– I rebult total 29 interchanges and built 23 new, including replaced crossroads. About 18 ohter interchanes are sheduled for rebuilding.

Version 4:
– Interchange between M18 and road Kirovsk-Shlisselburg is rebuilt.
– M4 around Voronezh is rebuilt: new interchanges and correct road profiles.
– New highway M4 (which is highway unlike old M4) is built.
– I rebult total 32 interchanges and built 26 new, including replaced crossroads. About 18 ohter interchanes are sheduled for rebuilding.

-Link 1.) Non-Promods, but compatible with Promods,

Other Brainiac fashions, above all "Better traffic flow" on:

- download the mod «Realistic Russian higways v4.1 for Ets2»
- use WinRAR or 7-zip and unzip the archive;
- copy the file with the extension .scs in My Documents/Euro Truck Simulator/mod folder
- start the game, go to your profile, see the Mod manager and activate the mod.
Tags: Realistic, Russian, higways, v4, for, Ets2