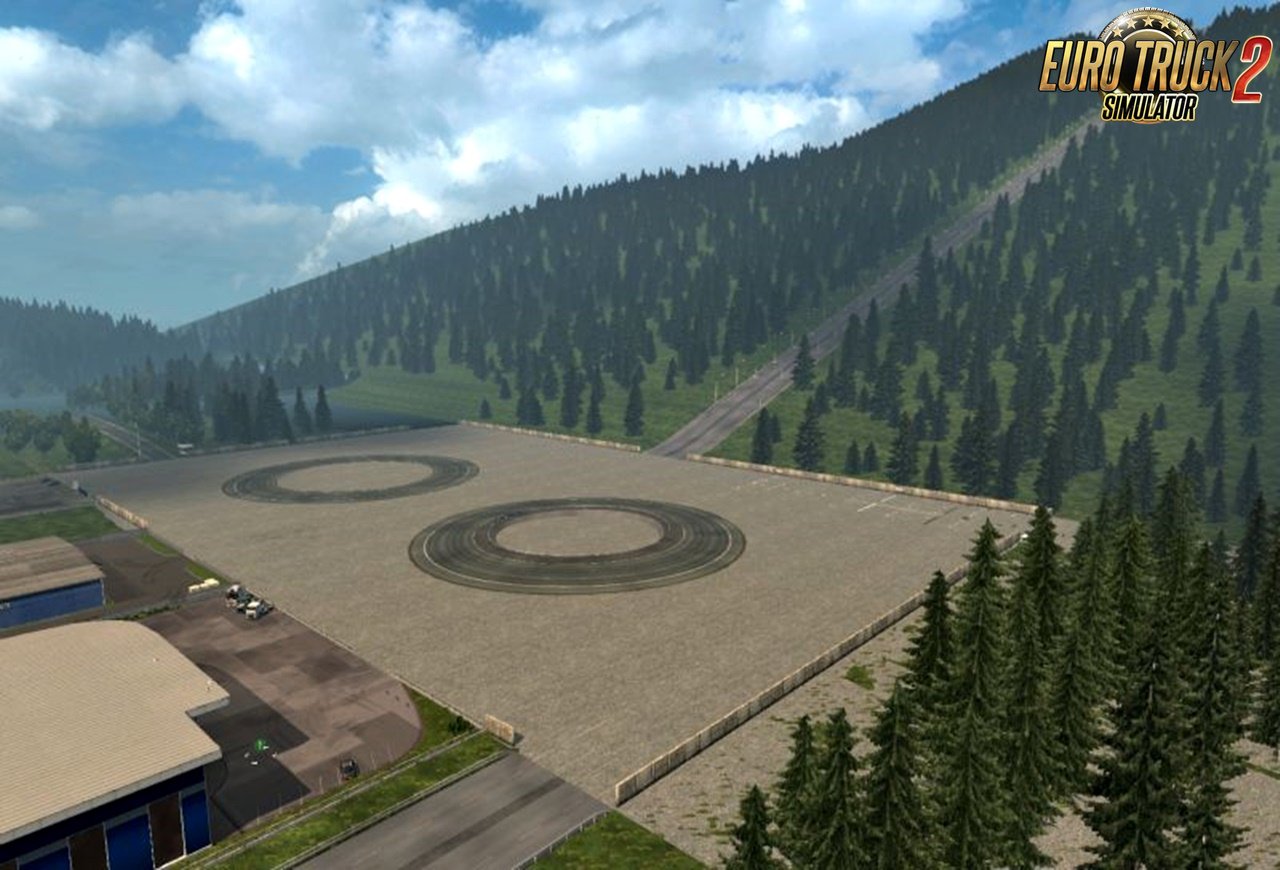 Test track for performance tests and to tweak physics parameters.

Skidpads
Two multi-lane skidpads; one is flat, and the other one has a negative camber.
The middle lanes of the pads have a radius of 40m, and can be used for testing rollover limits.

Static Tip-Over Bank
A straight bank, at different angles, allows the testing of static tip-over behavior, due to CG position and tire traction.

High-speed course
A traffic-free track section, with long straights, as well as an exit ramp, allows testing of high-speed maneuvers.

In addition, there is a gas-station nearby, a hotel, a truck dealer and repair shop,
and two shipping companies, to pick up trailers from.

Copy testtrack.scs into your mod folder.
(Normally it's "My Documents\Euro Truck Simulator 2\mod").

Open ETS2, and activate the map in the Mod Manager.


USAGE:
The track is located in Austria, between Linz and Wien,
and you can get there either by following the signs (for "Kron Ring Teststrecke"),

or by using these commands in the console: 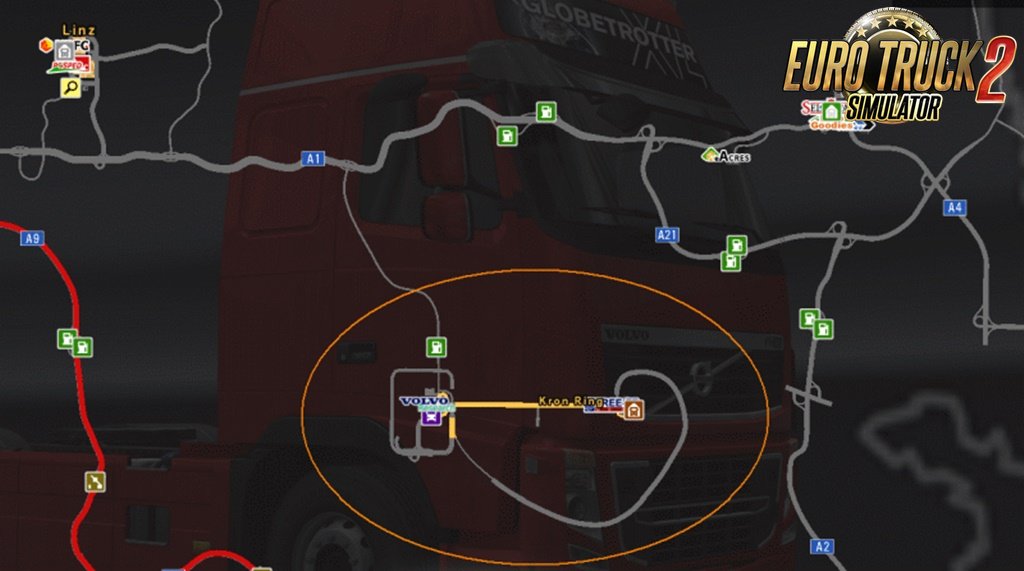 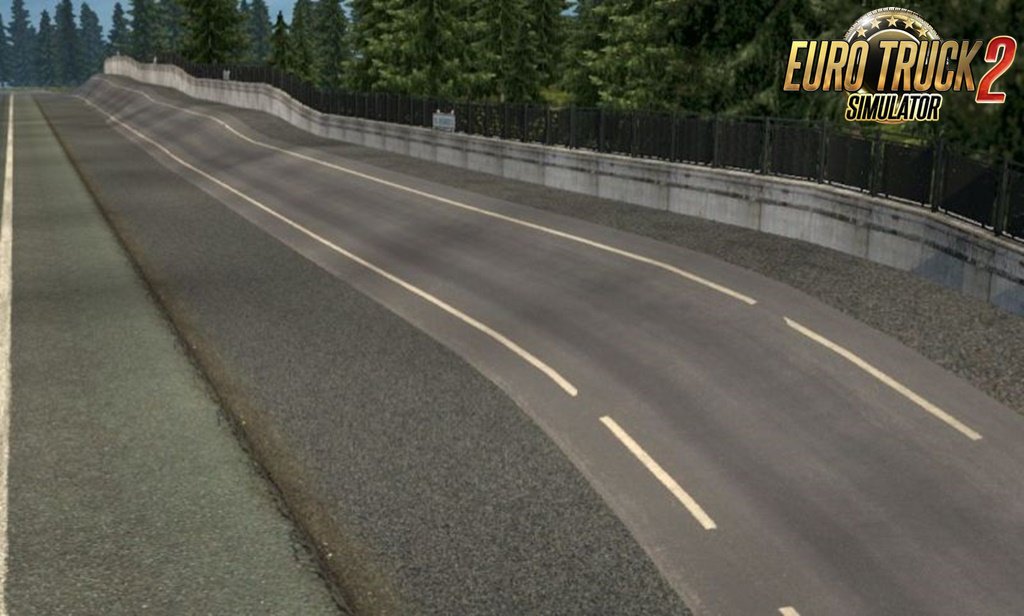 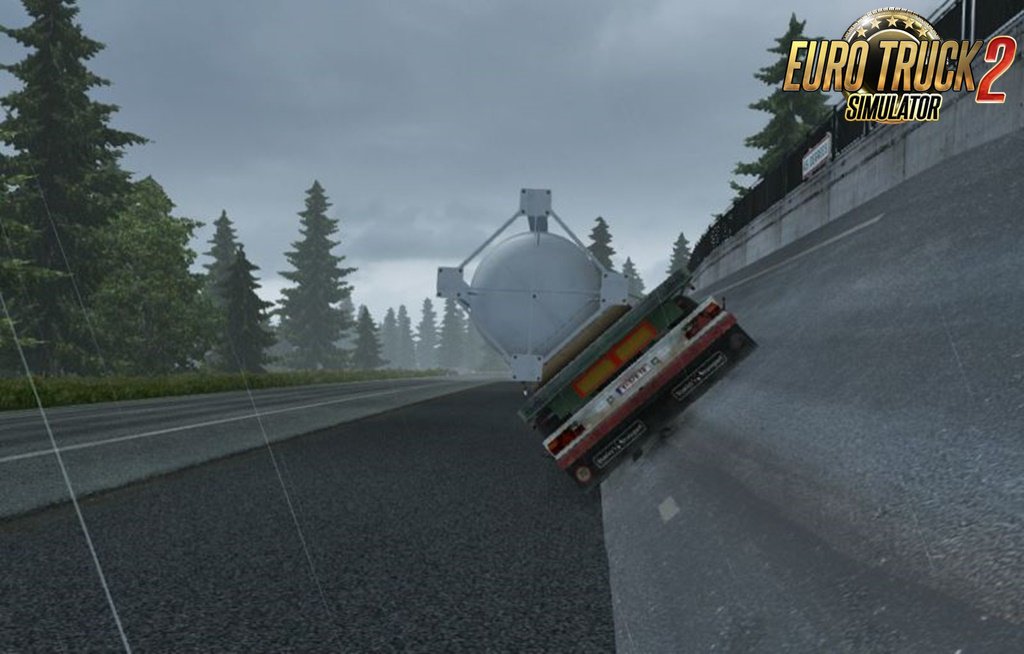 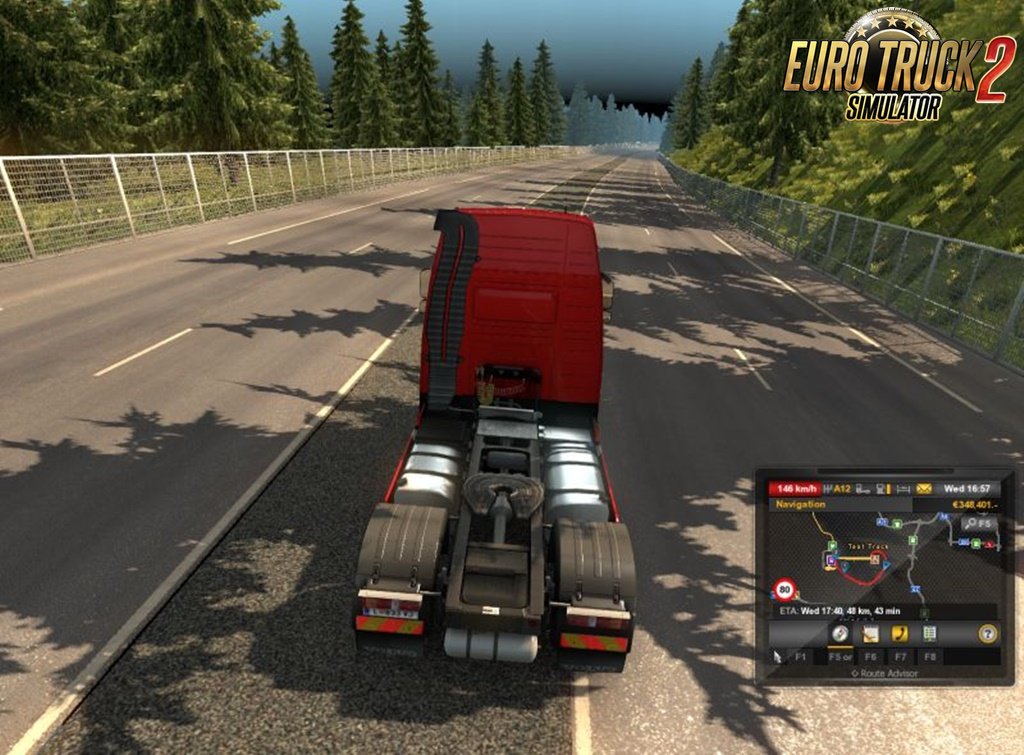 - download the mod «Test Track for Physics Evaluations v1.1»
- use WinRAR or 7-zip and unzip the archive;
- copy the file with the extension .scs in My Documents/Euro Truck Simulator/mod folder
- start the game, go to your profile, see the Mod manager and activate the mod.
Tags: Test, Track, for, Physics, Evaluations, v1
Download from our server: