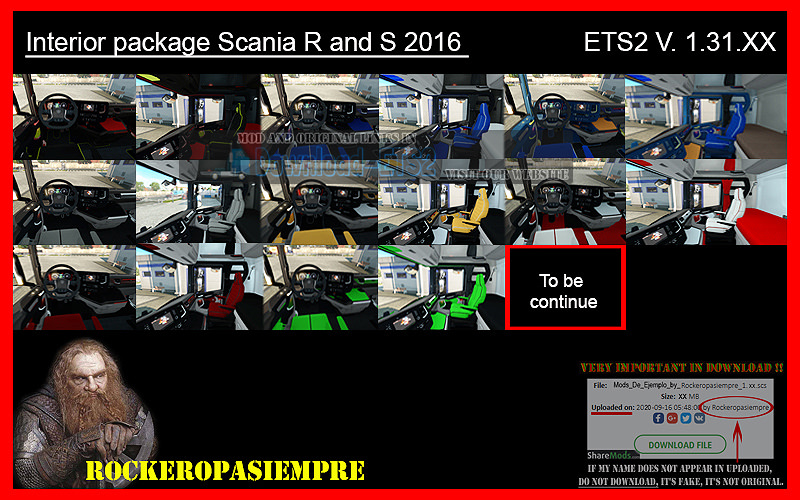 - 8 different interiors.
- Valid for Scania R and S 2016.
- They serve, both for normal cabin, as high cabin.
- The mod is independent and adds the interiors, does not replace them, so in addition to having existing ones in the game, we can also enjoy these new ones.
- All interiors are unlocked from level zero, so having enough money, we can buy them.

- download the mod «Interior package Scania R and S 2016 ETS2 1.31.XX»
- use WinRAR or 7-zip and unzip the archive;
- copy the file with the extension .scs in My Documents/Euro Truck Simulator/mod folder
- start the game, go to your profile, see the Mod manager and activate the mod.
Tags: Interior package Scania