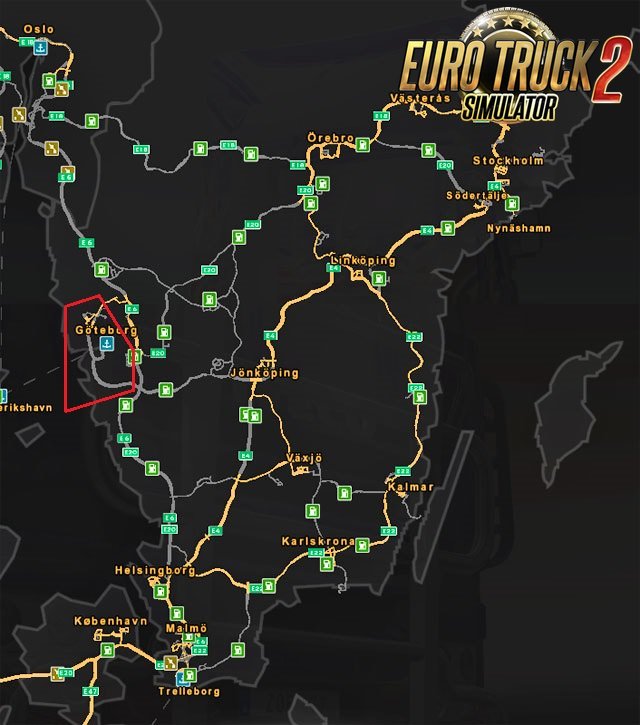 This is a very very very tiny mod that fixes the issue that annoyed the HELL out of me since the release of Scandinavia DLC.

That SCS made this city huuuge, made up by 3 separate parts: the ferryport, Hisingen (Volvo Plant and some other companies)

and City Center and in these exact spots time slows down as it should in cities, but on the roads connecting

these parts time speeds up again like it does between cities. Because of this if you for ex. have to go from NorrSken

in the city center to the Volvo plant in Hisingen, it will take you almost 3 hours and that is horribily unrealistic,

and annoying (especially if you use the AETR tachograph like me). So what I did is made the city boxes

bigger in the editor to cover these roads to. Also note that the E6 through the city is NOT affected by

this so if you are just traversing the city to Oslo or Malmö time won't slow down there.

(Thats on purpose cause if it would, then the travel time between those cities would be to short)

*It should work with any maps, on any versions, and obviously requires DLC Scandinavia.