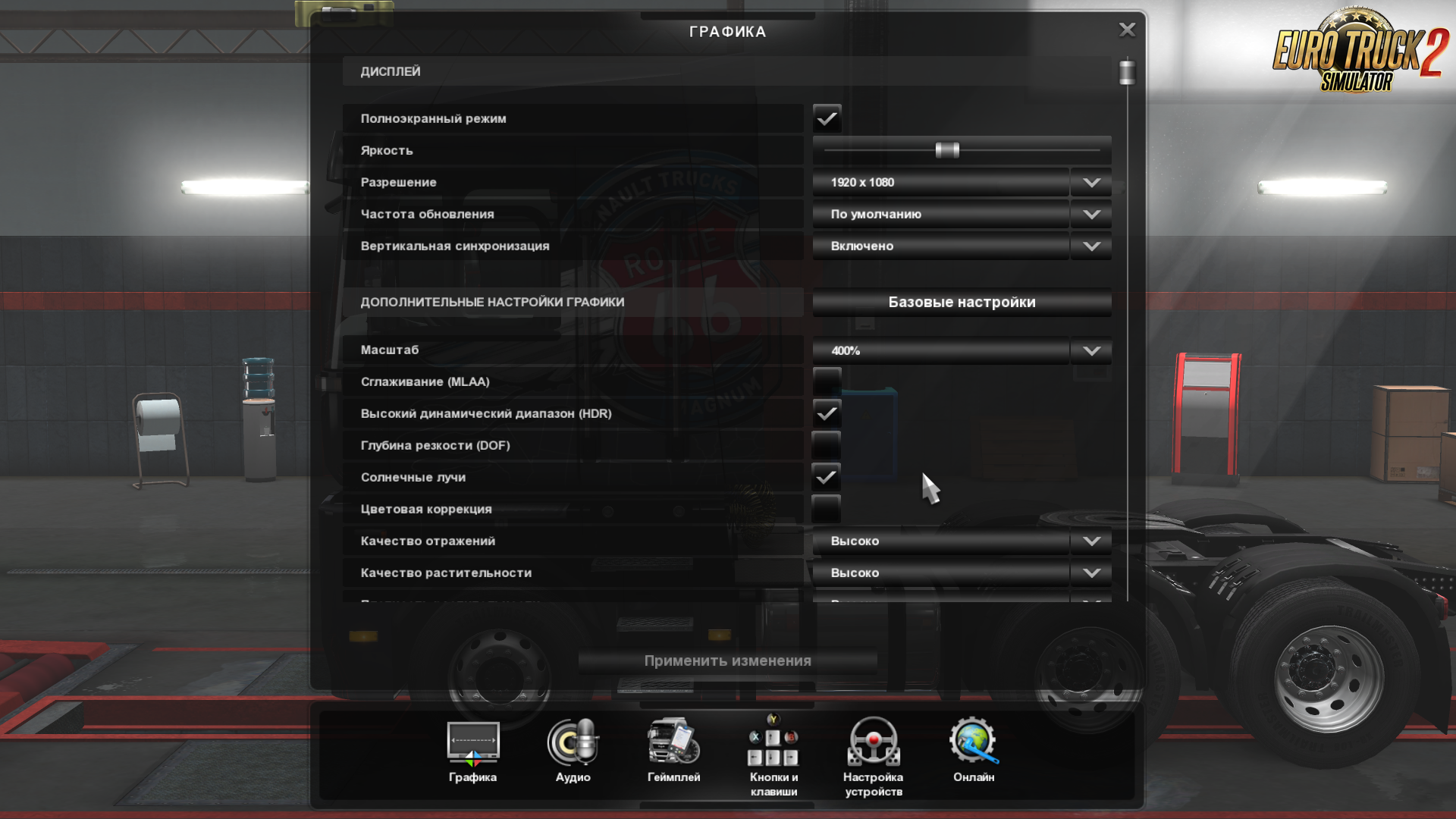 – Colors, the picture becomes more realistic. I registered in the shader (s) “Smaa” a resolution of 1920×1080.
– Improved clarity, smoothing, colors, HDR (lowered the glow), bloom (reduces), granularity. The picture becomes without soap film.
– By default, SMaa is anti-aliasing in the settings, you can put FXaa, if there are brakes or lags, I did not notice this.
– For weak computers, you can try to disable anti-aliasing “Smaa” or change to “Fxaa”.
– Settings are located in the folder “SweetFX SweetFX_Settings.txt, open a text file and in the item” Choose effects “put (0-off, or 1-on), the smoothing should be one, or SMaa or FXaa.
– In the game (on, off) mode on the key F12.
– Settings in the game: HDR-on; Sunbeams-inc; The rest is off, the screenshot shows!

Install Help:
– All files from the archive are extracted to the folder with the game Ets2 bin win_x64.
– Delete the mod: all the files that are in the archive, from the win_x64 folder are deleted,

and it’s better to make a copy of win_x64 before installation.

- download the mod «SweetFX+Reshade [only for win_x64] for Ets2»
- use WinRAR or 7-zip and unzip the archive;
- copy the file with the extension .scs in My Documents/Euro Truck Simulator/mod folder
- start the game, go to your profile, see the Mod manager and activate the mod.
Tags: SweetFX Reshade only for win x64 Ets2
Download from our server:
[attachment=2260:sweetfx_reshade_64_bit.rar]