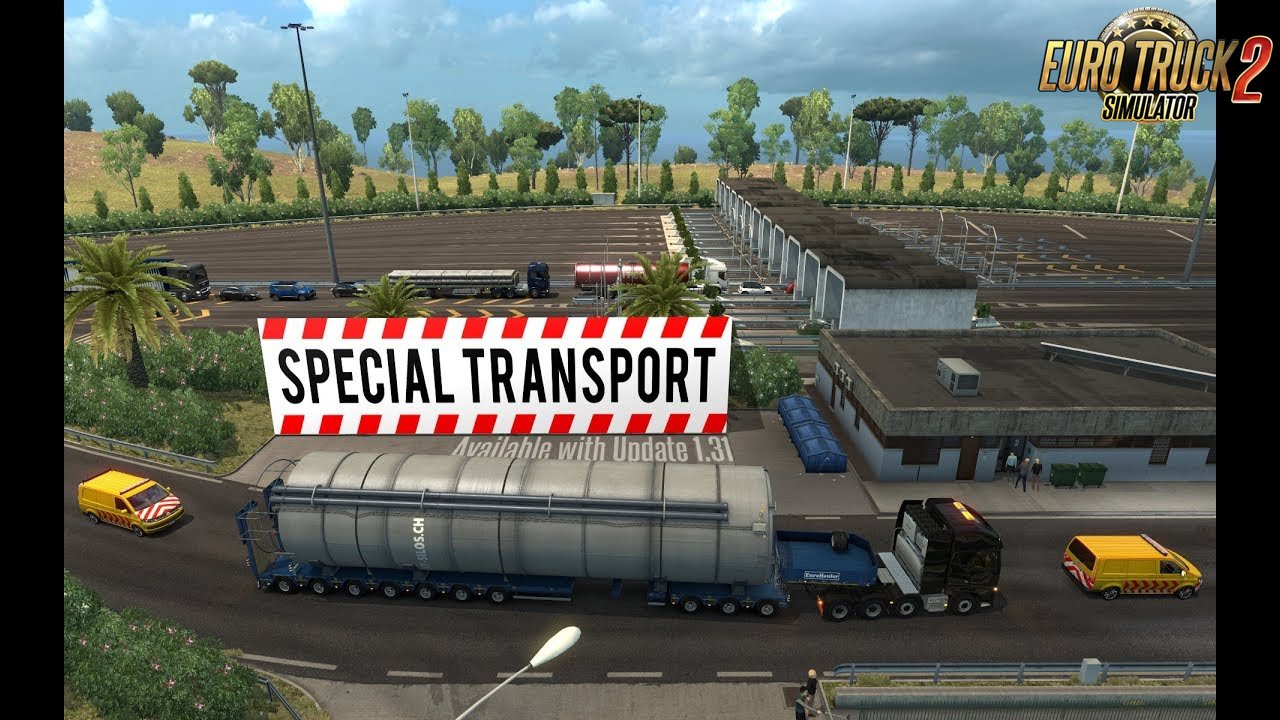 accepted very positively in the fan community. As you may remember, a comparable

game expansion is also in the works for American Truck Simulator, but meanwhile,

the team behind Special Transport still keeps on tweaking and improving their creation.

We are happy to reveal that along with the upcoming ETS2 1.31 Update, the Special Transport DLC will also be updated with new jobs.

There are new routes added to the core map, and several new routes will also be accessible for owners of other map DLCs.

This is not our last take on Special Transport, you can count on further tweaks and improvements down the road!