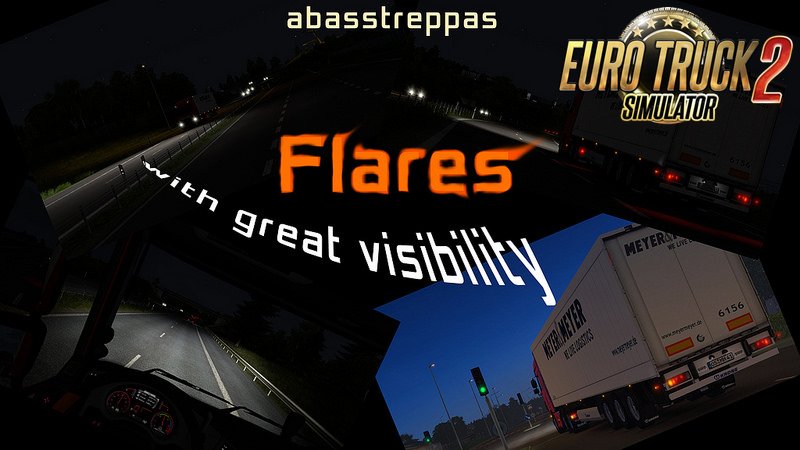 It's not only adds to distance, it also adds to beauty!

Note from the Author:

out of center (when using my textures, a texture which are perfectly made).

Also changed the headlight, aux and beam flare to a separate texture,

the way it was before SCS remade the flare system.