"Southern Region" map - to visit the south of Russia!

"Southern Region" is a new free project dealing with the development of the map of the South Federal District of Russia for the "Euro Truck Simulator 2".

This card is perfect lovers of Russian atmosphere, the atmosphere of the South.

Currently on a map of the regions represented only Krasnodar region, which consists of 17 and settlements, including both city and village. In the future, such as the regions of Stavropol and Rostov region.

More details about the project:

The game world is developed by one person (the beginning of the development, February 15)

The map does not work without DLC "Scandinavia"

On the map quite realistic scheme of roads, reproduced on "Google Maps"

The roads are quite realistic infrastructure, many elements of which are made according to GOST

There are new elements of road marking

So far, the card is completely independent (not connected to the other)

The map is optimized enough

There are dealers of all brands

The map used the model project "RusMap", with permission of the authors of the project.

Special thanks to Nikita Belkin for adaptation and repair models for the cards! 1.27.x FERRY CONNECTION OF MAPS OF THE SOUTHERN REGION AND TURKEY 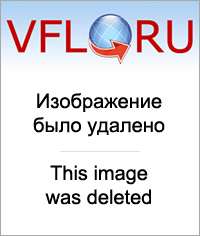