Complete pack of truck & trailer templates v1.6 [incl. 1.37 SCS & Schwarzmüller Food Tank] for Ets2 and Ats games
Features:
This is a new version with support for the SCS & Schwarzmüller Food Tank trailer in the new ETS2 1.37 beta and Ats games.
- All ETS 2 and ATS trucks and trailers are included, as well as Krone, Schwarzmuller, Mighty Griffin,
XF Tuning Pack and Actros Tuning Pack DLCs
- Truck templates are 4096x4096, and trailer templates are 4096x2048 and 2048x2048
- Each template is available in PSD and PNG format
- Every ATS truck except the W900 and LoneStar use the alternate uvset
- You can't really make paintjobs for goosenecks, loggers and (non-sliding tarp) flatbeds, so I didn't bother making templates for them 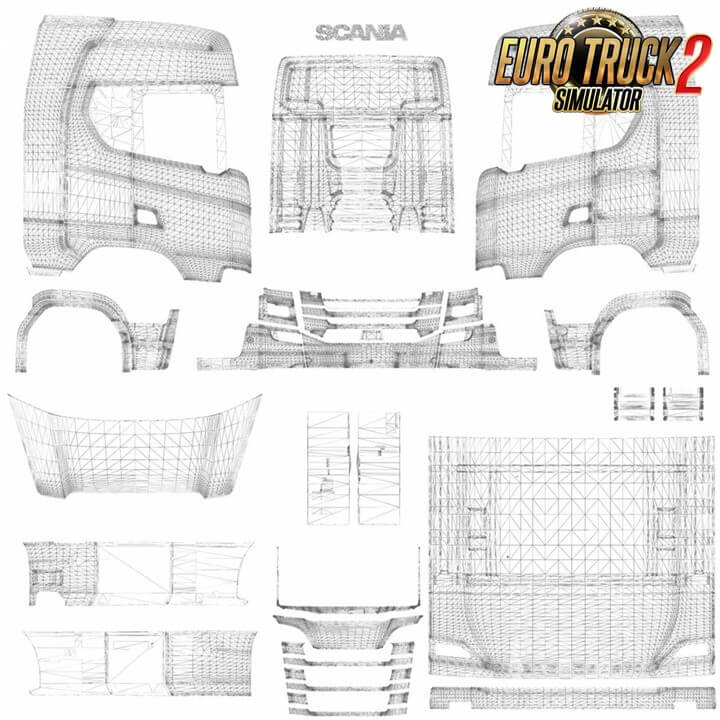 - download the mod «Complete pack of truck & trailer templates v1.6 for Ets2 and Ats games»
- use WinRAR or 7-zip and unzip the archive;
- copy the file with the extension .scs in My Documents/Euro Truck Simulator/mod folder
- start the game, go to your profile, see the Mod manager and activate the mod.
Tags: Complete pack truck trailer templates Ets2 games