Marcopolo Paradiso GV 1150 - Popular bus Marcopolo GV 1150 from a Brazilian manufacturer added for ETS 2 fans players to the game. Marcopolo GV 1150 is a model of the popular shuttle bus designed on a chassis with a 6 × 2 wheel arrangement; the GV 1150 series buses were produced by the Brazilian concern Marcopolo from 1992 to 2000.
Bus Marcopolo GV 1150 has an original interior with animation, the author added a line of 12 engines with power from 360 to 730 hp, 3 gearboxes and sound. Implemented external tuning (tinted windows, an arc for fog lights, plates, license plates of 6 Latin American countries, passengers in the cabin) and 16 high-quality skins.
Features mod Bus Marcopolo Paradiso GV 1150:
- independent bus model
- High quality 3D model
- High quality detailed exterior
- High quality detailed interior
- the model has own interior
- the model has own sound
- the model has own wheels
- passangers seats
- present the illumination of arrow speedometer and tachometer
- the character is correctly sitting in the driver's seat
- the choice of engine power
- the choice of transmission and gearbox
- the choice of wheels configuration
- choice of color body / metallic paint / skins
- correct position of the Marcopolo logo
- Working headlights, brake lights, tail lights, front and rear turn signals, steering wheel and reverse signals
- The correct position of the player
- There are external tuning
- Supports all major functions of the game
- interior sound open door
- detailed model
- buy in Mercedes dealers trucks 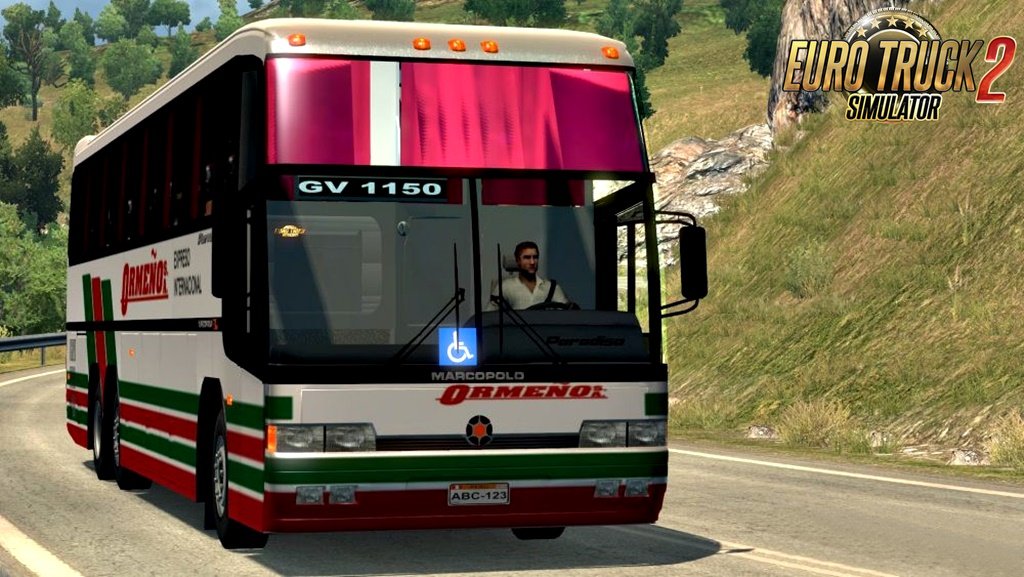 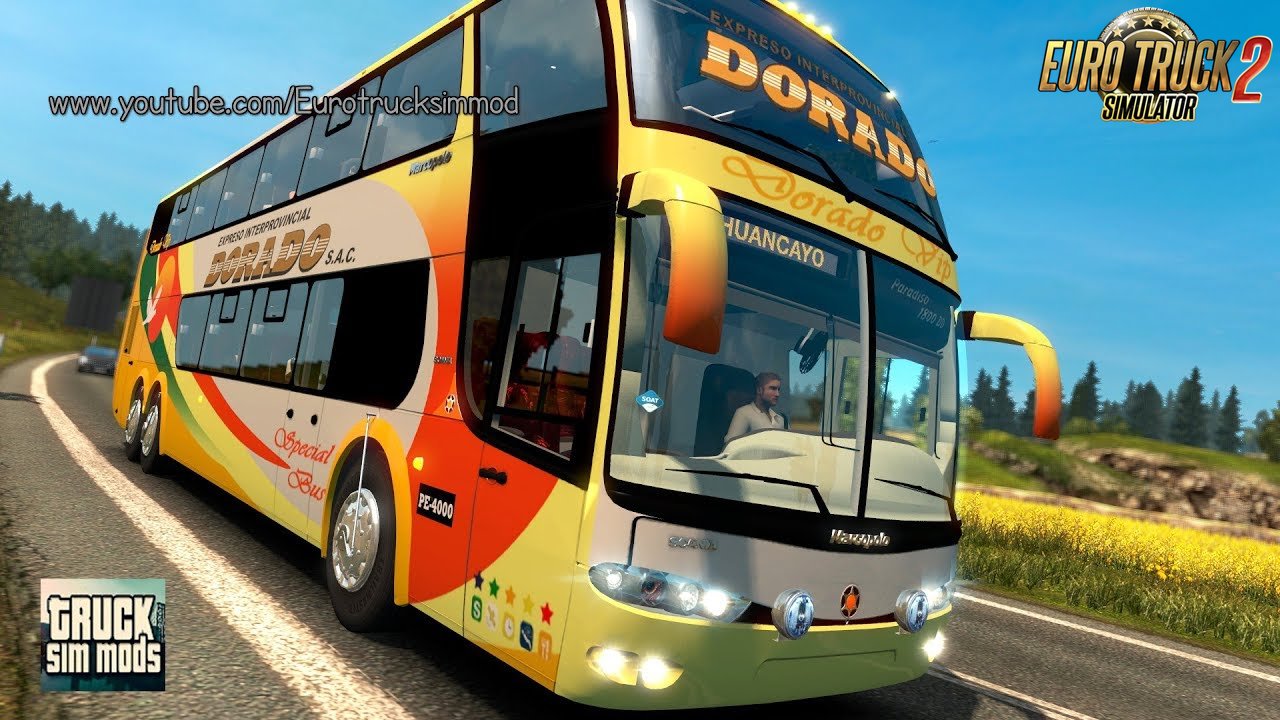