SibirMap - this map adds to the simulator new territories of our country that have not yet been mastered by modders. The center of the project was the city of Omsk - one of the largest cities not only in Siberia but also in Russia as a whole.

In addition to Omsk, the neighboring territories, the villages of Maryanovka, Lyubino, Krasny Yar, Luzino, Druzhino, Entrance, the P402 and P254 highways, as well as the road network connecting the settlements of the new map together, have been implemented.
Features SibirMap:
- Detailed landscapes of Western Siberia.
- Expanding geography - now there are two regions on the map, the Omsk and Tyumen regions!
- Functioning economy, custom regional, federal, international companies (Baikal-Service, Magnit, Omsk Bacon, Agriculture, Ikea, Low Price, Red & White and others).
- Several complex interchanges made by hand, without the use of default prefabs.
- More than 350 custom objects, including steles, houses, etc.
- Several small easter eggs that can be found by carefully examining the map.
- All dealerships on the map!

Changes in v0.4.2:
- Map version for 1.35 version of the game (DX9 mode).
- Expansion of the map in the direction of the Kurgan region.
- A section of the P254 highway from Ishim to Chastozoozerye (125 km).
- Settlements: Novolokti, Berdyuzhye, Chastozerezerye.
- Added new objects.
- Minor corrections made.
- Made additional optimization.

Old Changes
Changes in v0.4.1:
- this map is a test version for the next update
- Map version for 1.35 version of the game.
- Significant expansion of the city of Omsk (Lukashevich street from Volgogradskaya to the Bridge at the Telecentre).
- A section of the P254 highway from Omsk to Kalachinsk.
- Settlements: Kormilovka, Kalachinsk, Rakitinka.
- New firms (Tape, Morozovskaya Poultry Factory, Omsk Regional Elevator, Ecoservice, as well as gas stations for the delivery of ADR goods).
- Added a lot of objects.
- Made multiple minor fixes.
- The optimization and a small revision of the old map sections were made.

New Changelog v0.3.2:
- The official version of the card for the 1.32 version of the game.
- The section of the P254 highway from Maryanovka to customs with Kazakhstan (a little more than 100 real km).
- Localities: Moskalenki, Isilkul.
- A small section of the P402 highway and local roads near Ishim (Bezrukovo, Ershovo).
- New firms, such as Siberian Delicacy, Siberian Sausages and Transneft (with the ability to load ADR and custom trailers based on default).
- Added a lot of objects.
- Traffic trajectories are actively involved, which makes it possible, among other things, to draw the “correct” marking at the ramps from the highways.
- Made numerous minor fixes, including a bug with a bright glow of signs-pointers.
- Optimized and a small revision of the old sections of the map.
Install help:
Installation Procedure:
- SibirMap
- Rusmap 1.8.1! (Map, Def, Model) + FIX for 1.33
- SouthernRegion 6.5.2 (Only Model files) (with the obligatory replacement of the SRmap__Model3_.scs file, the download link is below in the text. If crashes, disable the SRmap_Map & Def.scs file)
- SibirMap (Map, Def, Model 1,2,3,4)

READY TO READ:
ATTENTION:
DISCLAMER: ATTENTION!
ATTENTION!WITHOUT RUSMAP AND THE SOUTH MAP, THE MAP WILL JUST NOT START! ATTENTION, THE CARD DOES NOT SUPPORT NEW VERSIONS OF THE SOUTH (7.0.0 and ABOVE)

*NEED TO DOWNLOAD AND INSTALL ALL OF THIS REFERENCIES!
THANKS TO ALL WHO SUPPORTED THE PROJECT!
Yandex Wallet for donations and support for the author of the modification: 410014397417095

Paypal for donations and support for the author of the modification: paypal.me/10avoid 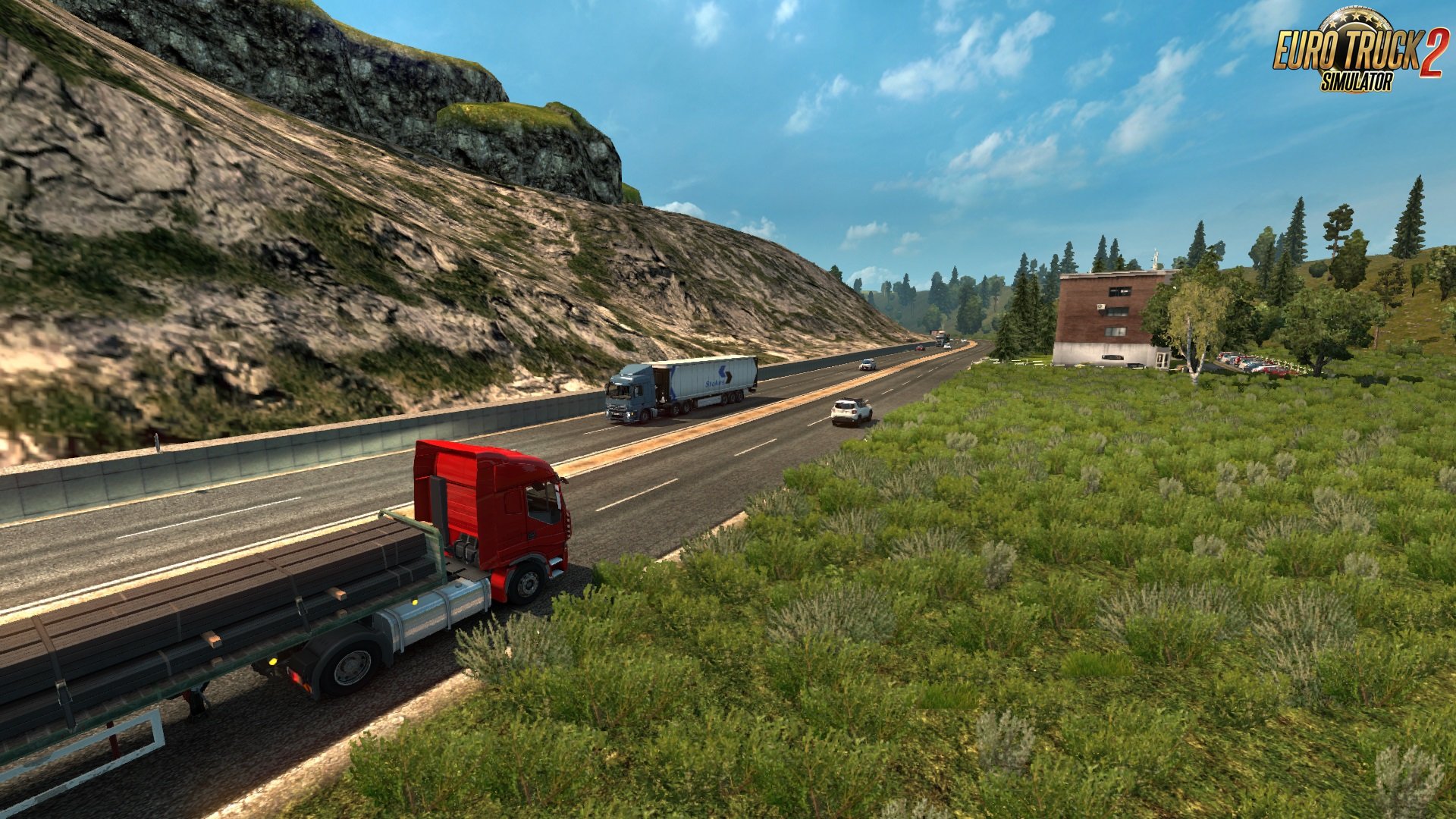 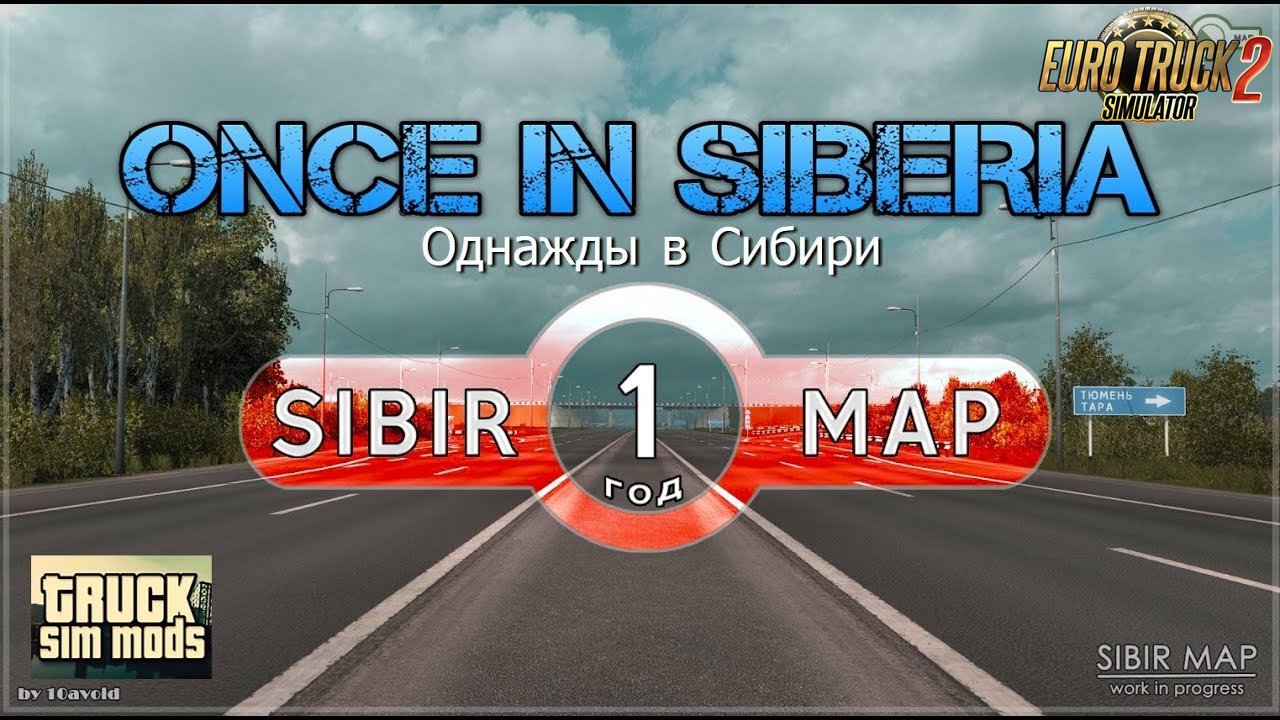