This is a MegaUpdate. The biggest update ever.
So much new, reworked, rebuild Autobahn roads and Industrial zones waiting for you
The map contains a lot of places you´ll recognize.
In the beginning i thought i´d just make a personal map that i´ll never release.

With the scale of 1:1 you´ll get a completely different driving experience. It feels way more realistic.
So you´ll get an idea how it feels to be a local truck driver.

The map contains:
- A6 : from Sinsheim/Steinsfurt to Kupferzell
- A81: from Möckmühl to Ilsfeld
- Kreuz Weinsberg (exact rebuild)
- B27 from Lauffen am Neckar to Heilbronn including the "Neckartalstrasse"
- B293 from Böckingen to Schwaigern
- Weinsberger Tal
- a few tight places to maneuver your truck through
- a lot of custom signs

New version 1.1:
- A6: expanded (east) -> expanded to exit of Crailsheim with new exit's, cities and industrial zones
- A81: expanded (north) -> expanded to Osterburken
- A81: Neuenstadt to Möckmühl reworked and added realistic restplaces
- A81: Untergruppenbach to Ilsfeld --> complete rebuild
- New City "Bad Rappenau" with connection Road added
- A6: Cross Weinsberg to Bretzfeld -> complete rebuild
- A6: Cross Weinsberg to HN/Zentrum / Neckarsulm reworked
- A6: Roadwork from Cross Weinsberg to Bad Rappenau is now expanded and up to date like RL. Also some parts have been reworked
- A6: Roadwork of the new Neckartal Bridge updated (Heilbronn to Neckarsulm)
- A6: Restplace Neckarsulm to Kreuz Weinsberg removed (Roadwork in RL)
- A6: Rastplatz Hohenlohe -> complete reworked (now its like rl)
- New Autobahn Sightseeing signs added (thanks to Dan89)
- Entrace/Exit of the Industrial Area in HN-Neckargartach reworked
- bugs fixed
- The mod updated to 1.37.x game version

***Things you should know***
- Standalone map!
- Traffic mod isn't included anymore!
- To change the traffic density use the console command "g_traffic" command (0.1 - 10)
- Please report bugs if you find some 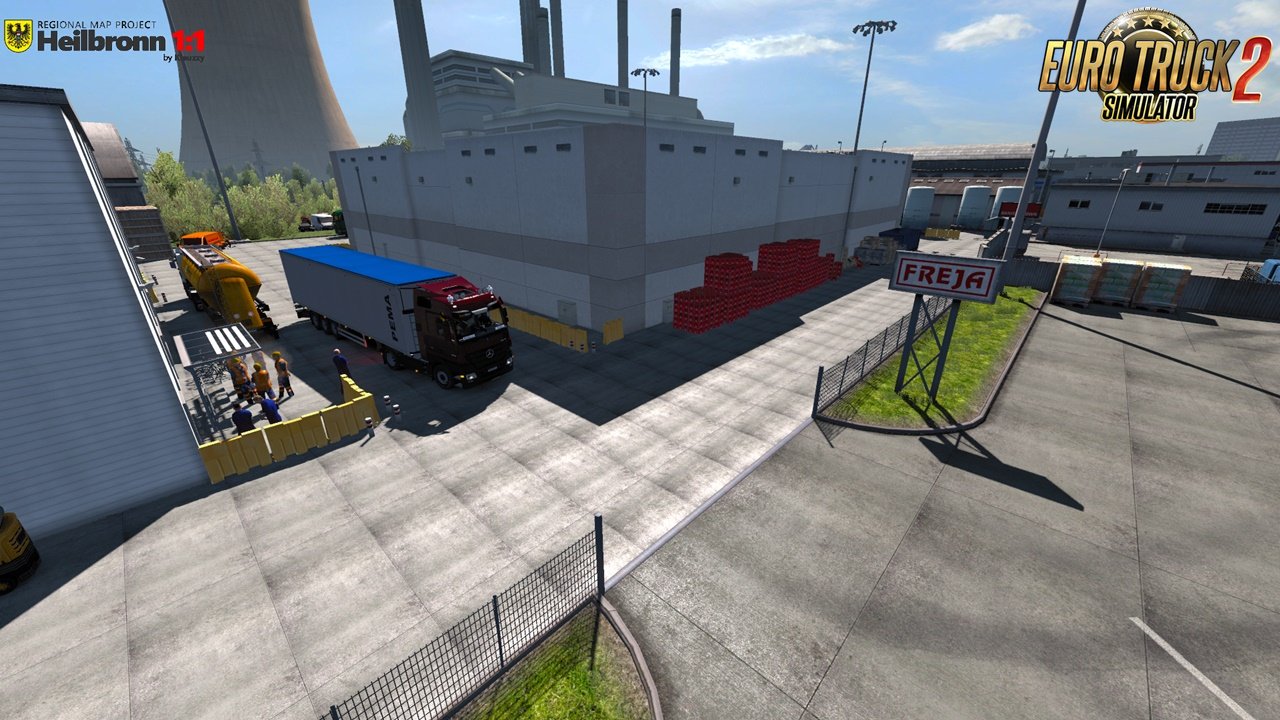 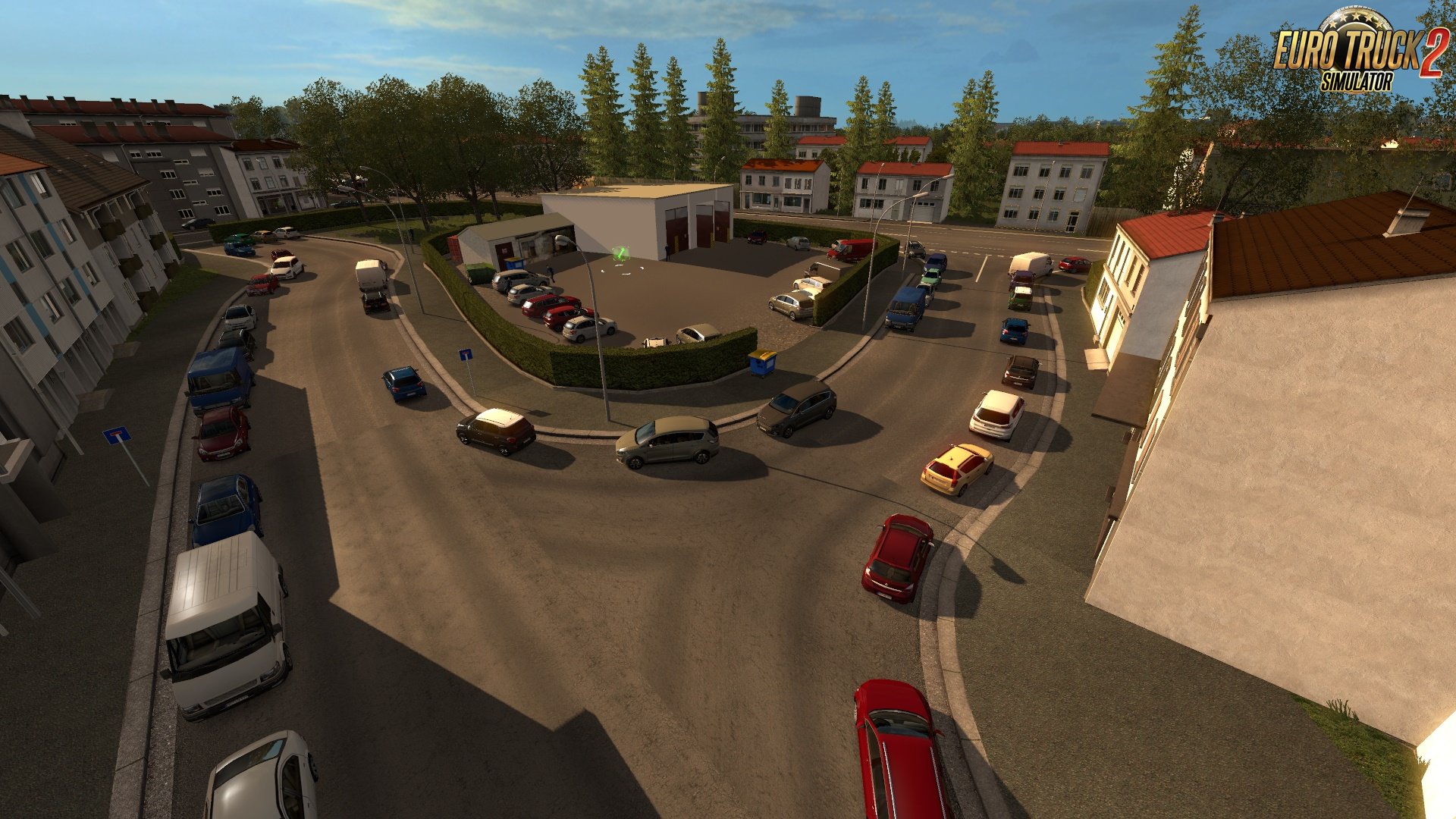 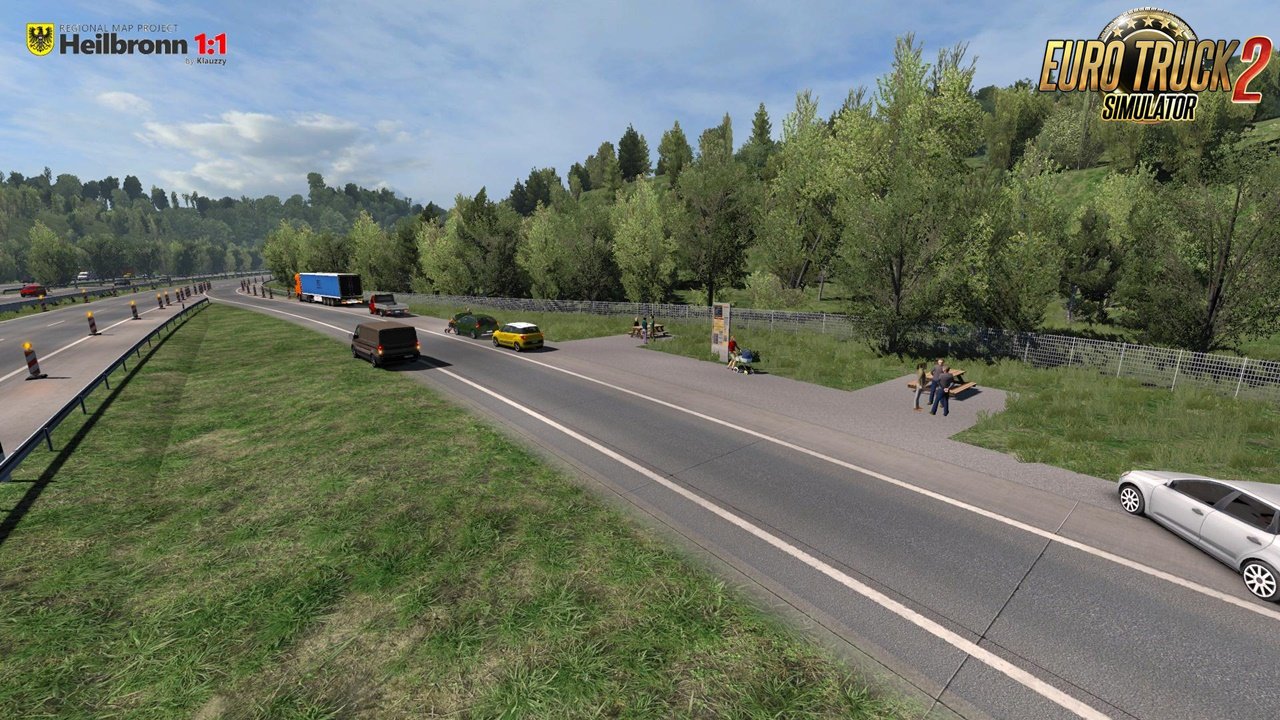 - download the mod «Regional Map Project: Heilbronn 1:1 v1.1 [1.37.x]»
- use WinRAR or 7-zip and unzip the archive;
- copy the file with the extension .scs in My Documents/Euro Truck Simulator/mod folder
- start the game, go to your profile, see the Mod manager and activate the mod.
Tags: Regional Project Heilbronn