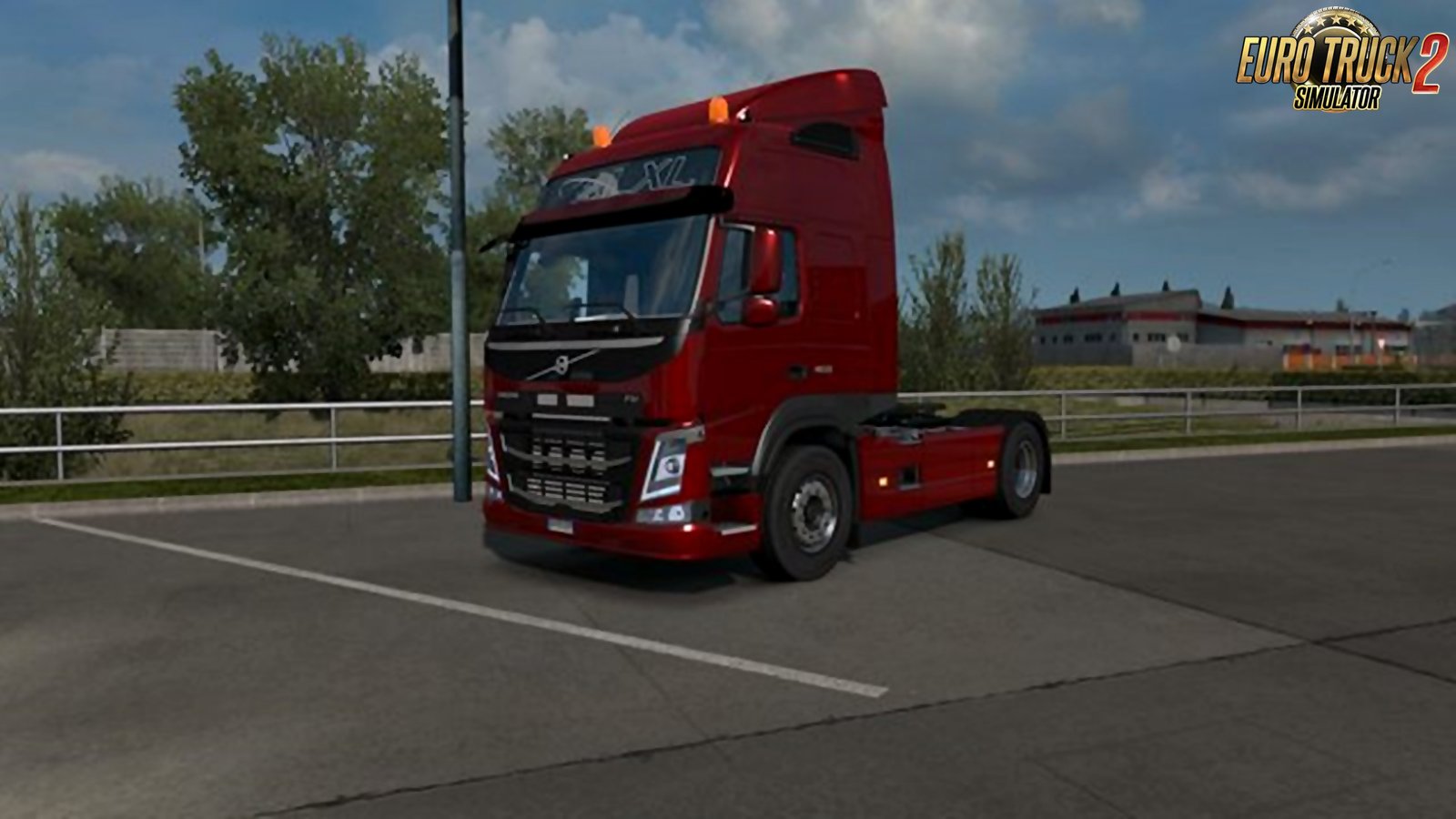 Volvo FM fix v1.7 by galimim for Ets2 1.35.x game version
Here is a Volvo FM Euro 6 originally by jekich1 & Stas556 3.2
The model is quite heavy on the hardware! I have reduced the amount of vertixes for 1/3 but it is still
not for those on the lower end of PC specs
Unfortunately, I couldn't find any Euro 6 FM with a proper interior, so I have changed it
so it uses the FH 2012 instead of FH 2009 like it was originally. If there are any modelers
that would be willing to make it (I just need models, the rest I can do myself), send me a PM.
Change Log from original mod:
Changed models to volvo_fm
Changed def files to volvo.fm
Added support for trailer cables
Added support for advanced coupling
Added correct engines and gearboxes
Added badges for each engine
Cleanup of model
Cleanup of textures
Separated spoiler from the cabin
Changed Interior to FH 2012
Added and corrected flares
Added Day cab
Added Interior for Day cab
Added Sleeper cab
Added Interior for Sleeper cab
Separated front fenders
Added painted fenders
Added icons for major parts
The mod also will include some tuning but it will all be reused FH 2012 stuff,
so fitment position might not be 100% accurate.
The mod includes:
- 3 Cabs
- 4x2 chassis
- 4x2 low deck chassis
- 6x2 chassis
- 6x4/4 midlift chassis
- 6x2 tag chassis
- 6x4 chassis
If you want to change the light box decal you will find a template in folder "template". You need to save in folder \vehicle\truck\upgrade\decals\volvo_fm\textures with the name "textures_volvo_fm.dds" and default size is 2048x1024.

- download the mod «Volvo FM fix v1.7 by galimim»
- use WinRAR or 7-zip and unzip the archive;
- copy the file with the extension .scs in My Documents/Euro Truck Simulator/mod folder
- start the game, go to your profile, see the Mod manager and activate the mod.
Tags: Volvo FM fix v1 by galimim