Swedish Islands Map addon v0.9 for Euro Truck Simulator 2 game
Just in time for the release of the "Beyond the Baltic Sea" DLC I give you
a new map addon called Swedish Islands, covering the two biggest islands in
Sweden, Gotland and Öland, located in the Baltic Sea. You can reach the island
Gotland by ferries from Karlskrona and Nynäshamn in Sweden and the other island
Öland via a bridge from the city Kalmar on the east coast of Sweden.
This addon will give you the following:
Cities and towns: 16
Companies: ca. 30
This map addon was created during the last 4 1/2 months, after I was inspired
and triggered by Arayas, creator of the Romania Extended Map, and Zaregon, the
creator of the North Map. They have also been my mentors during the creation of
the project by answering questions when I got stuck. Thank you guys!
Compatibility:
At the moment it ought to be compatible with all the major maps,
SCS vanilla, Promods and TSM. None of them has modified the two
sectors I "borrowed" from the SCS vanilla map in order to be
able to create the bridge connection to the island Öland. I've
tested them all in their present versions. I haven't been able
to add it to MHAPro though, maybe it is modified around Kalmar.
Loadorder:
You have to load this map addon AFTER the main map!
*All the map DLC's for ETS2 are needed!
Credits:
SCS for the resources, I used solely their original, and for
creating a game that is possible to modify by the user.
Arayas and Zaregon for inspiration and support.
SlavikSD for the ferries creation to/from Gotland.
Note from the Author:
The version I'm releasing is v0.9, in the hope that you people will help me iron
out the eventual errors and peculiarities, that are still present.
Please, report anything you think should be corrected.
https://forum.scssoft.com/viewtopic.php?f=32&t=264145 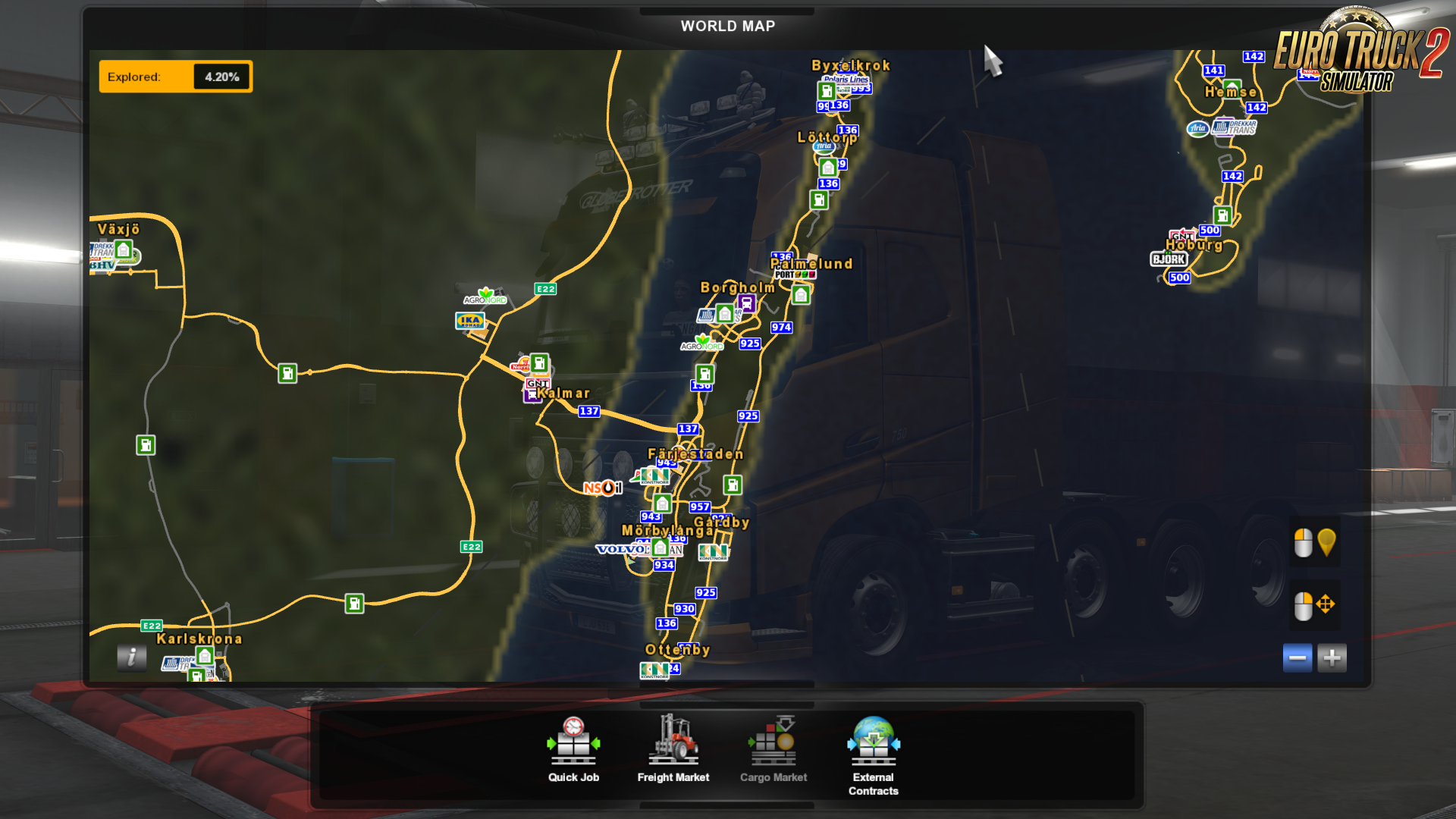