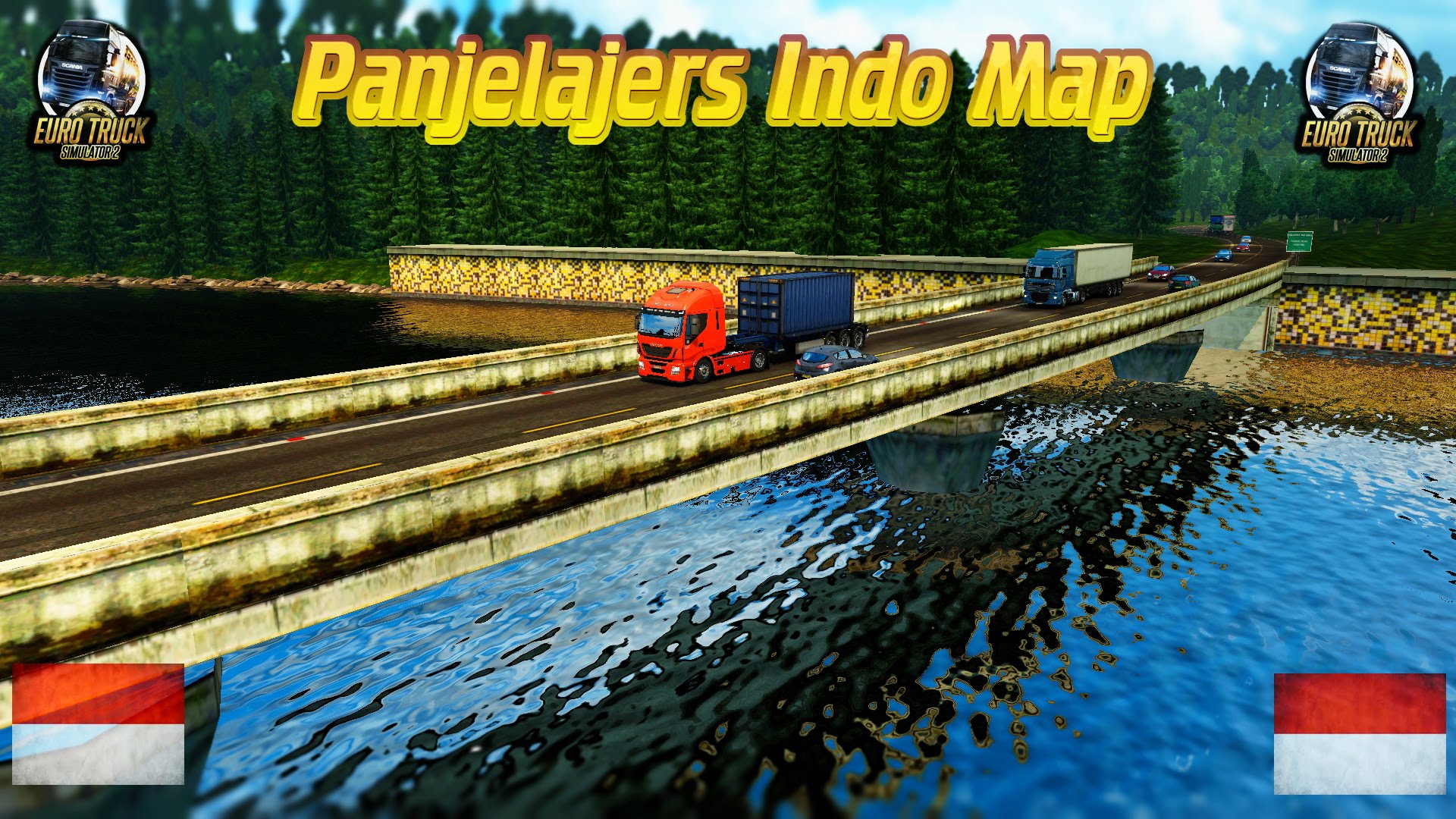 PJ Indo Map v2.5 (1.32.x) for Euro Truck Simulator 2 game.
New version 2.5:
- Compatible for version 1.32.
-Added new roads and more improvements in northern part (left-side traffic).
- Few Bugs fixed.
PJ Indo Map is increasingly recognized and slowly liked by many players. It brings better quality and compatible with almost all of Ets2 add-on maps. Although I realize this is not a full representation of the real life of Indonesia.
This is one of the add-on maps that do not require all DLCs. I want this map can be played by everyone, even they who do not have any DLC yet. In addition, there is rarely a fantasy map add-on which has a good quality. This mod is made in such a way with lighter performance or graphics as much as possible. I also hope that this mod will continue to be better quality.
Now PJ Indo Map is updated into v2.5. Various quality improvements and rebuilds on this map still continue. Now there are a new road in nothern island/area, with a small village and a small port, of course with new assets from ETS2 and some models I created by myself, so it feels more like in Indonesia as good as possible.Note that this map is located south of Europe (below Italia). And it is recommended for you to start exploring this map from northern part/island. Because it feels more Indonesia!Everyone is allowed to use every model and assets from PJ Indo Map. This mod file is not locked, so it can be opened and edited for free. But please include the name of the author in your mod (eg. Credits) if you want to modify this map.
Tested on game version 1.32.x
Screenshots Mod 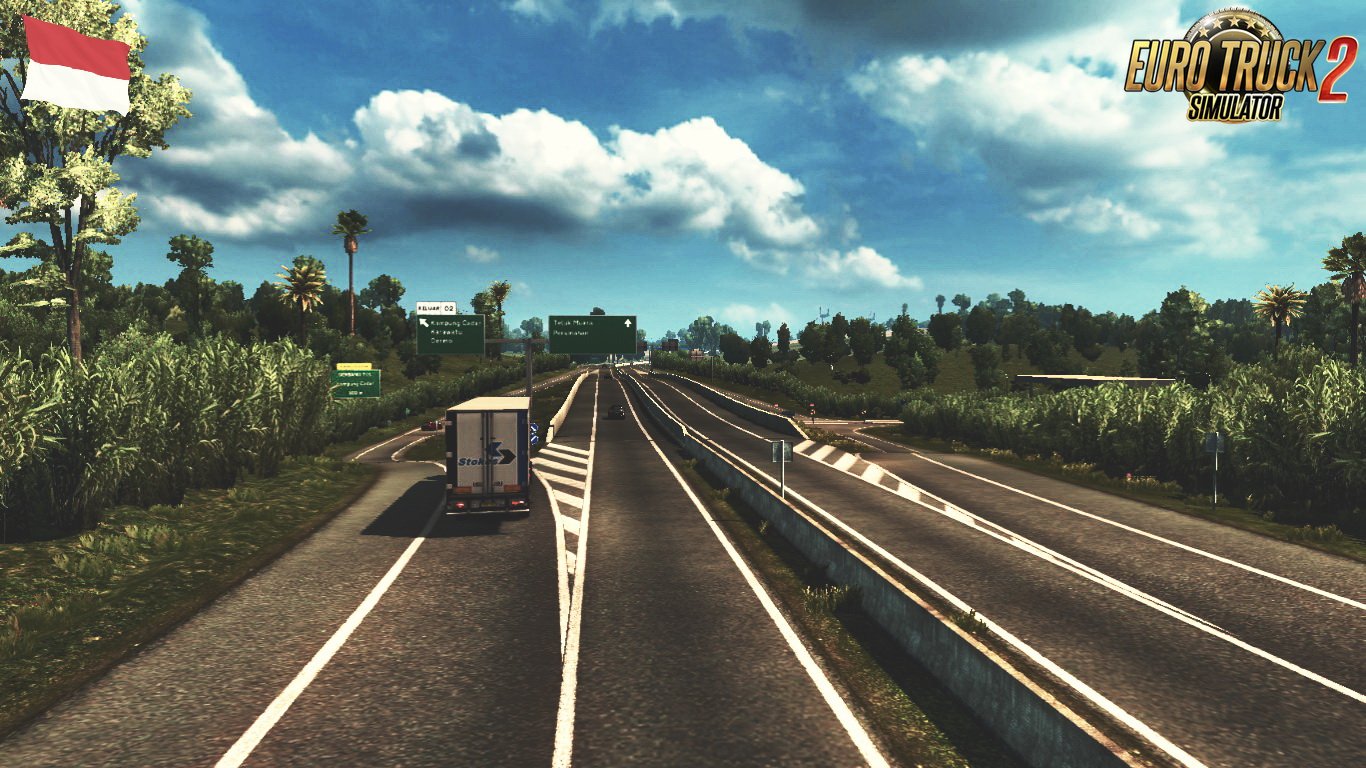 - download the mod «PJ Indo Map v2.5 (1.32.x)»
- use WinRAR or 7-zip and unzip the archive;
- copy the file with the extension .scs in My Documents/Euro Truck Simulator/mod folder
- start the game, go to your profile, see the Mod manager and activate the mod.
Tags: PJ Indo Map v2 32