– Improved city of Kotlas. Completely redone port. Added company.
– Completely redeveloped port in the city of Severodvinsk.
– All large ferries are replaced with new ones.
– The aircraft crash in the Murmansk region has been optimized.
– In cities near the company Bakery was a drawdown of FPS. Everything is fixed.
– A new company “Base Spec Transport” was created.
– New prefabs of intersections with new traffic lights have been made.
– Two more routes for fashion oversized cargo were laid.
– Fixed bugs found in the previous version.

Cities and towns in Russia:

DLC “Scandinavia” and DLC “France”, DLC “Italy” is not required

– If you decide to combine the card with other cards, it should have a higher priority in

the list of modifications to display the entire card and orders on the card.
– Combination with other cards was not checked.

In the fashion are collected all folders of the def card.

New Version 5.5 (you need to download all five parts): 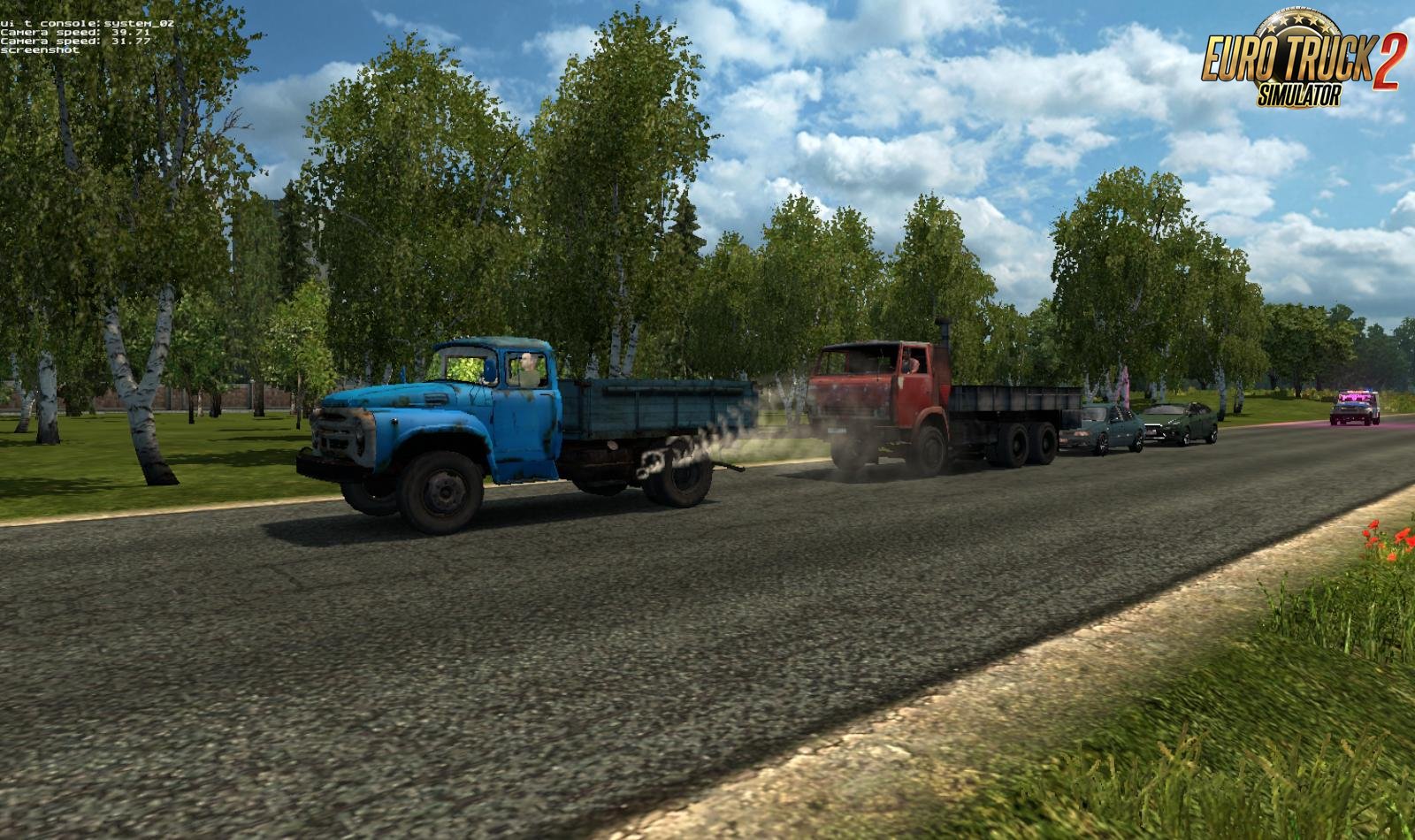 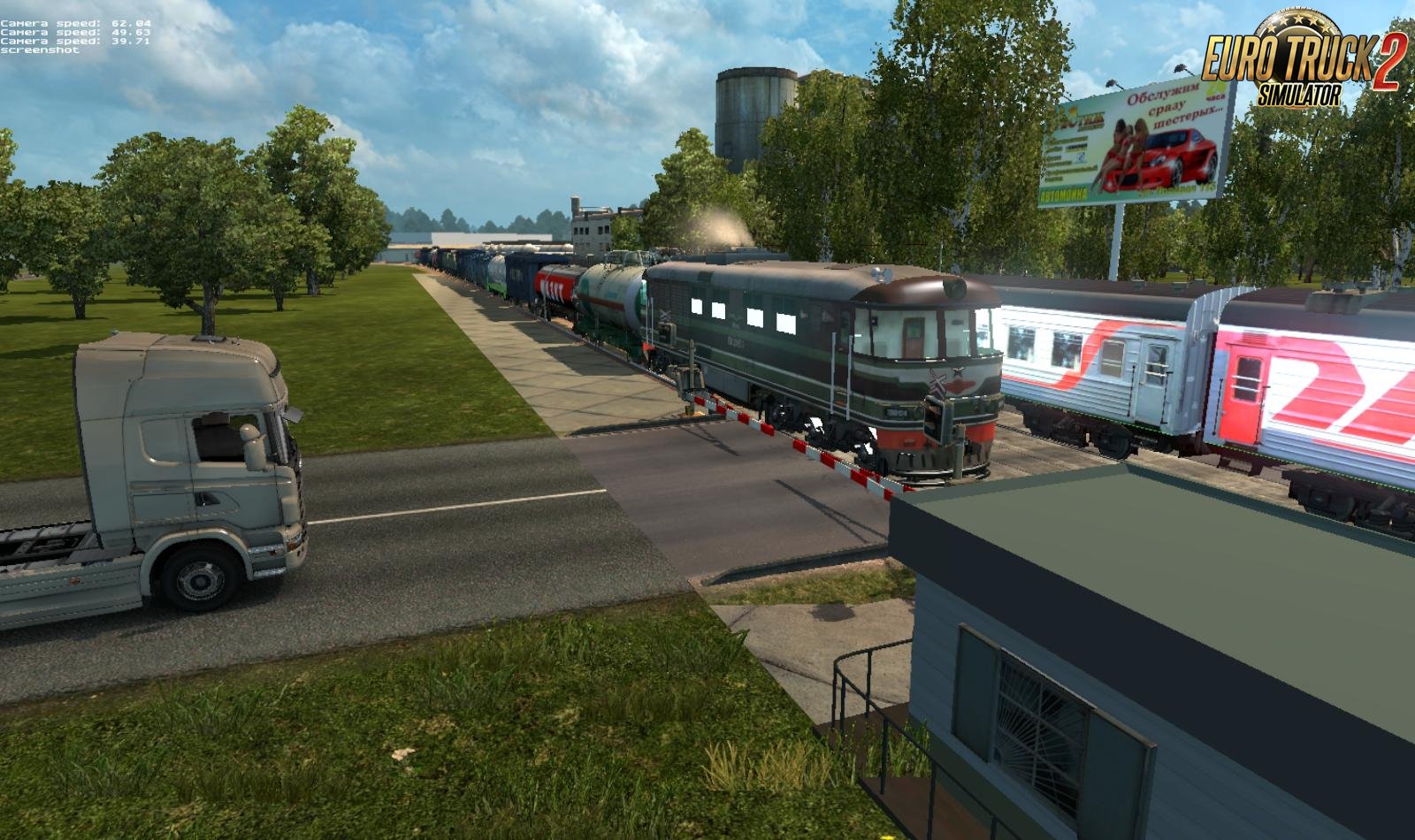 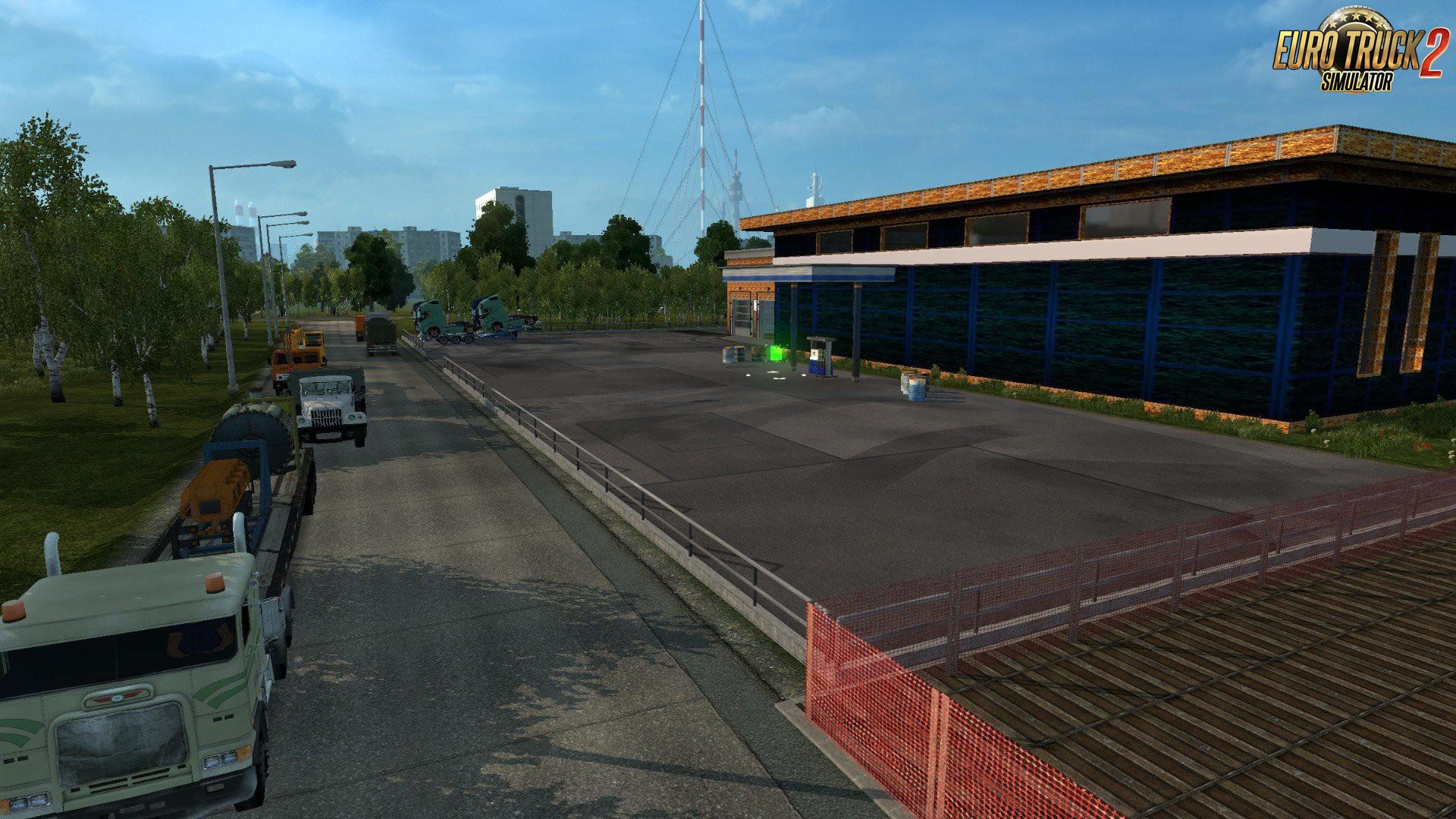 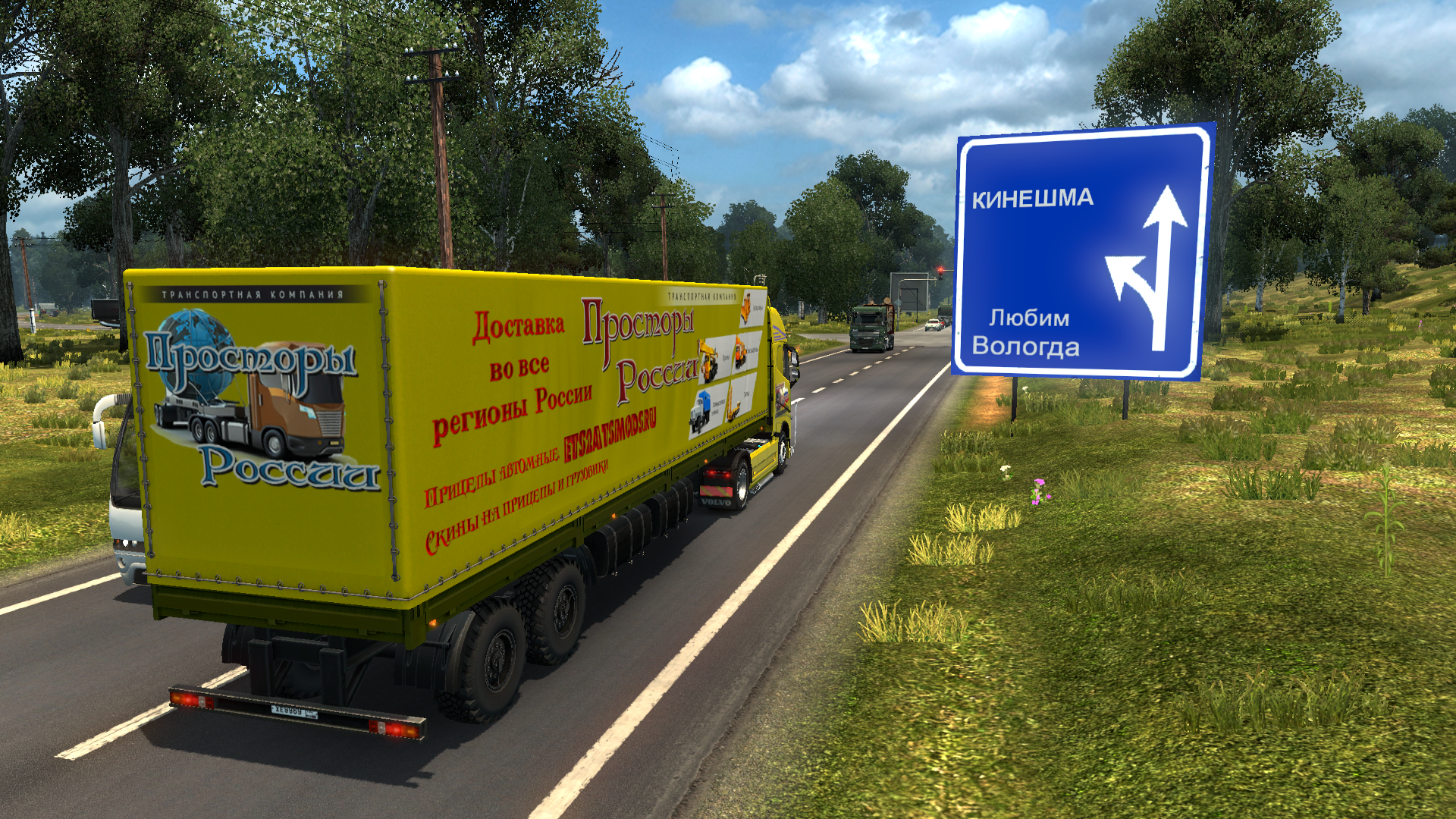 - download the mod «Russian Open Spaces v5.5 [1.30.x]»
- use WinRAR or 7-zip and unzip the archive;
- copy the file with the extension .scs in My Documents/Euro Truck Simulator/mod folder
- start the game, go to your profile, see the Mod manager and activate the mod.
Tags: Russian open spaces v5 30