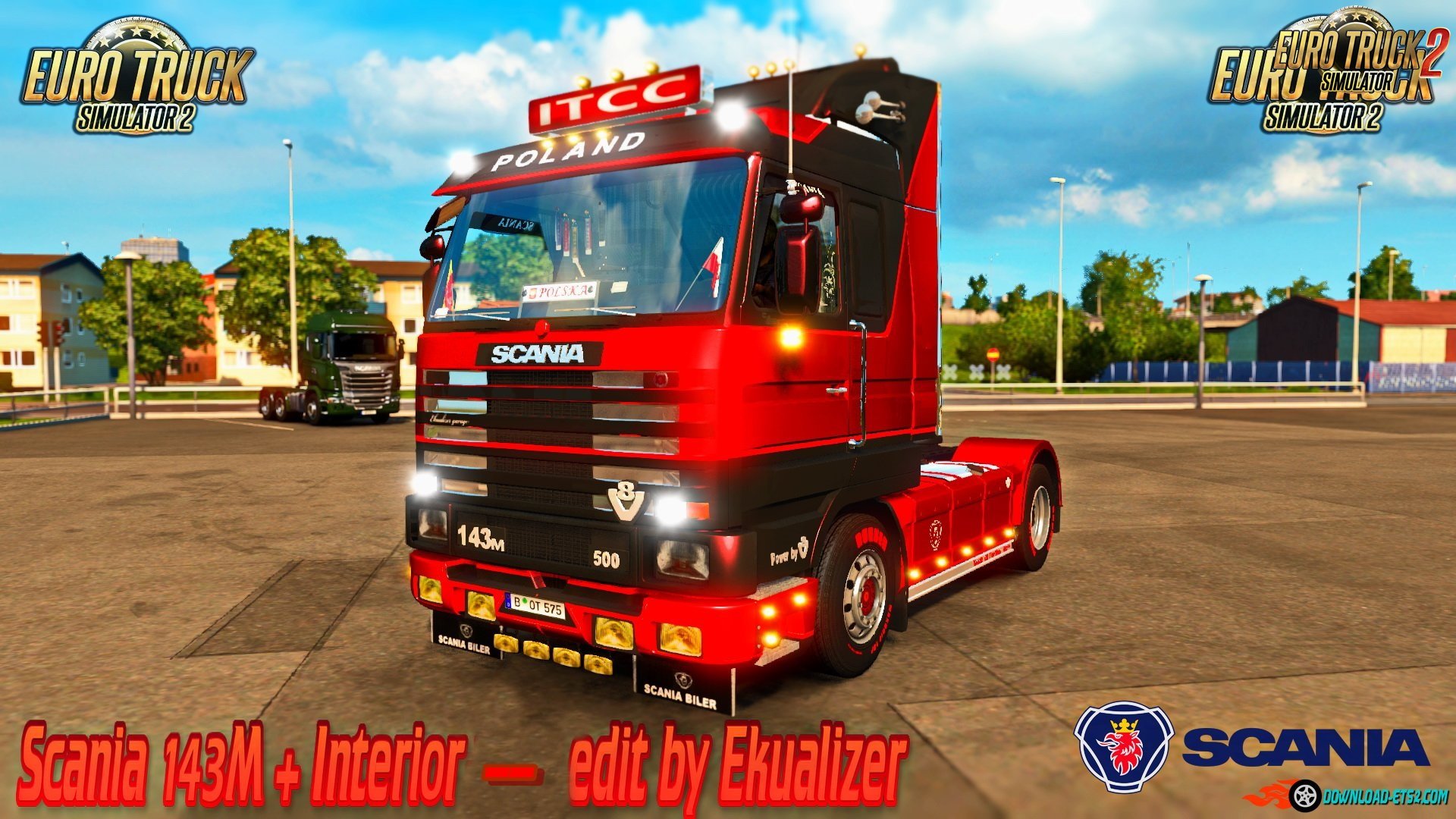 Scania 143m edit by Ekualizer for Ets2 1.28.x game version
The Scania 3-series is a truck model range introduced in 1987 by Swedish truck manufacturer Scania.
It is the successor of the 2-series.The 3 series came in a range of different engine sizes and horsepower from 9.0 litre
230 horsepower all the way up to 14 litre V8 500 horsepower engine.
Production of the 3-series was stopped after the 4-series were introduced in 1997.
Features:
-The truck is completely standalone.
-You can buy it from large Scania dealer.
-Specifications is taken from the original documentation
-Model is skinnable
Tested and work on 1.28.x game version
Scania 143m - National Window Flags - Compatibility Patch
Requirements:
1. DLC National Window Flags
2. Scania 143m - Edit by Ekualizer - [ patch - 1.28.x ]
Download Flags Mod:
National_Window_Flags_-_Compatibility_Patch.scs.html
National_Window_Flags_-_Compatibility_Patch.scs.html
Link of the Author: National_Window_Flags_-_Compatibility_Patch.scs.html
Credits:
The authors base model :SCS, TSM Poland, rinat, NewTon, Anaheim, EED123, Sheryo
Heavy edit, and modeling some parts: Ekualizer
Screenshots Mod 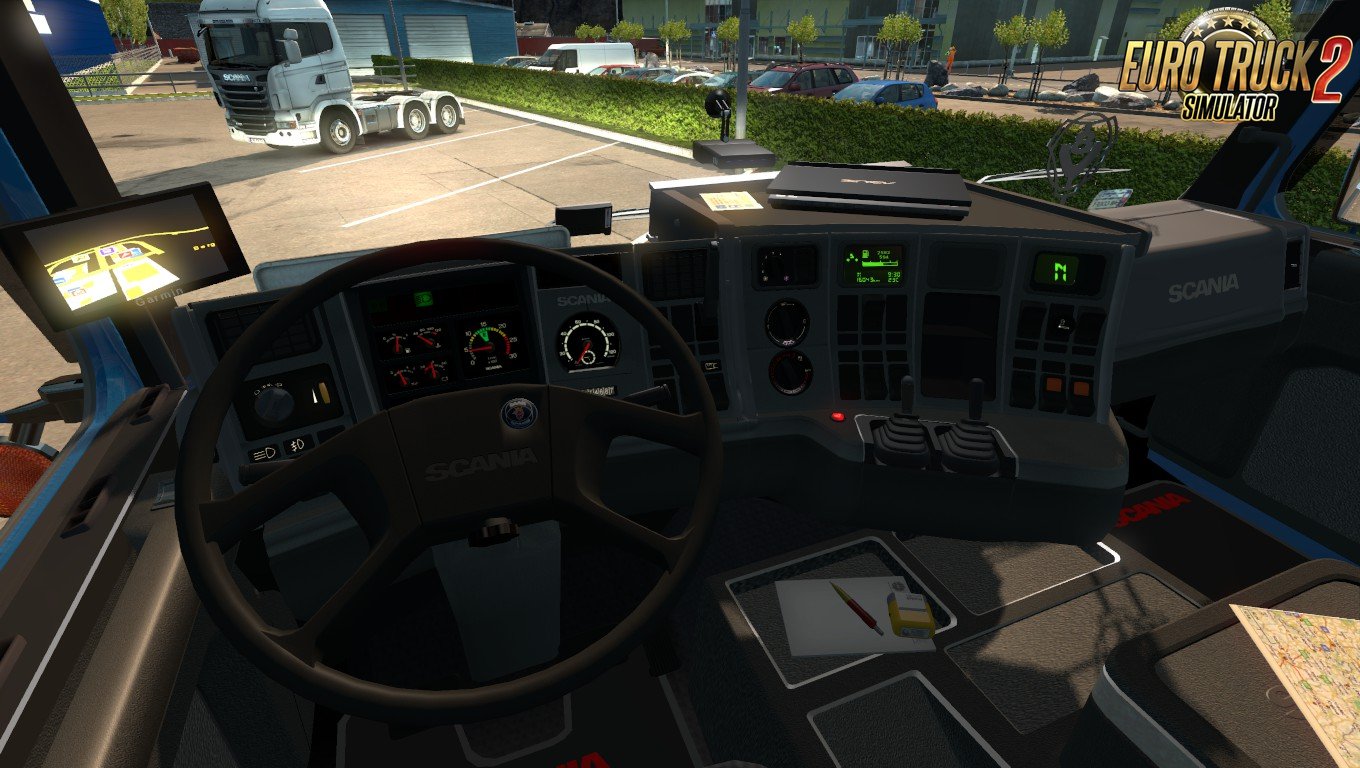 - download the mod «Scania 143M + Interior edit by Ekualizer [1.28.x]»
- use WinRAR or 7-zip and unzip the archive;
- copy the file with the extension .scs in My Documents/Euro Truck Simulator/mod folder
- start the game, go to your profile, see the Mod manager and activate the mod.