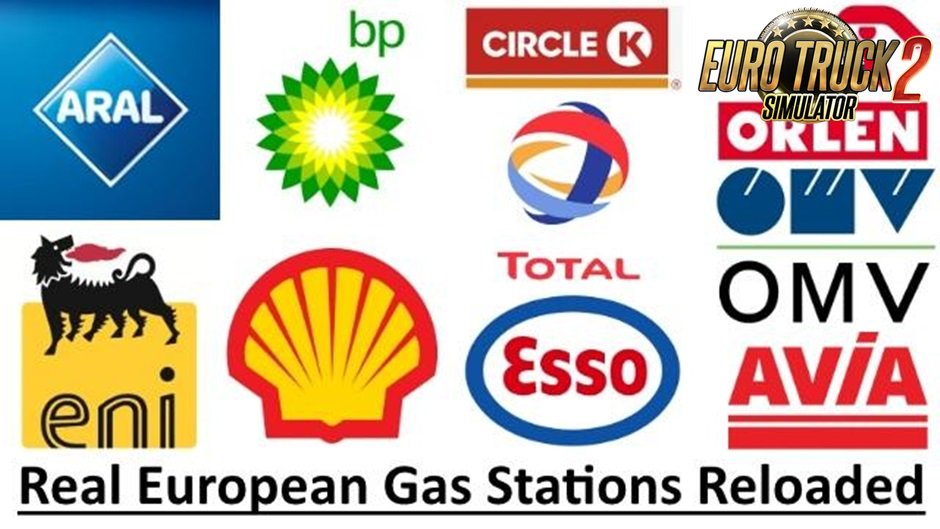 Real European Gas Stations (Reloaded) for Ets2 game
This mod replaces all original gas stations in ETS2.
Inside mod are top 10 of 11 petrol & gas retailers in Europe:
Shell, Total, BP, Esso, Eni (formerly Agip), Orlen, Aral, AVIA, OMV, and Circle K (formerly Statoil Fuel & Retail).
Mod is created from ground up and is not just simple recolour of main texture
and slaping companies' logos. There are many small details done (it will be more in the feature),
not done in any other gas station mod before. We are trying to close as possible to reality but it's
impossible without messing with 3D models and we won't do that for the various reasons.
There can be only 9 gas stations in the game (hard coded).
Final list:
Big stations: Shell, BP, Esso
Medium stations: Eni, Total, Orlen
Small stations: Aral, AVIA, OMV
Scandinavia DLC: Circle K*
France base + DLC: Total**
I don't know does it works with map mods but it has to have higher priority than any map mod.
*In Scandinavia DLC is only possible to have proper logo of company and is impossible to have
properly colored gas stations like in base game. It's hard coded that way so
when you see wrong colours we modders have nothing with it.
**We are trying to solve Éco (SCS original) stations which are exclusively in France.
Logos, green stand and trailer are not a problem but the green texture on station model is
because it is actually company in the game; not gas station (remember 9 gas station hard
coded limit). We would like to change it to Total colors, but we'll see.
http://truck-simulator.wikia.com/wiki/Eco
Feature:
Mod will have further updates after the 15th of September. Big stations are finished but
others will have further polish (especially medium one need more work).
What is done for initial release is done (vacation time)...
HELP
If somebody knows in which file are textures for Éco company, please post it.
Authors: ExiaRS aka NiHao here (creator of mod) and Stripy (textures)

Credits: Azirus as original creator of REGS v1 and v2 but he doesn't update it
any more hence this mod. I used his Circle K logo and Total gas station which will be completely rewamped.
Some minor textures are also used but they will be updated, too.
Thank you for your work.

All trademarks, logos, and brands are property of their respective owners.
Screenshots 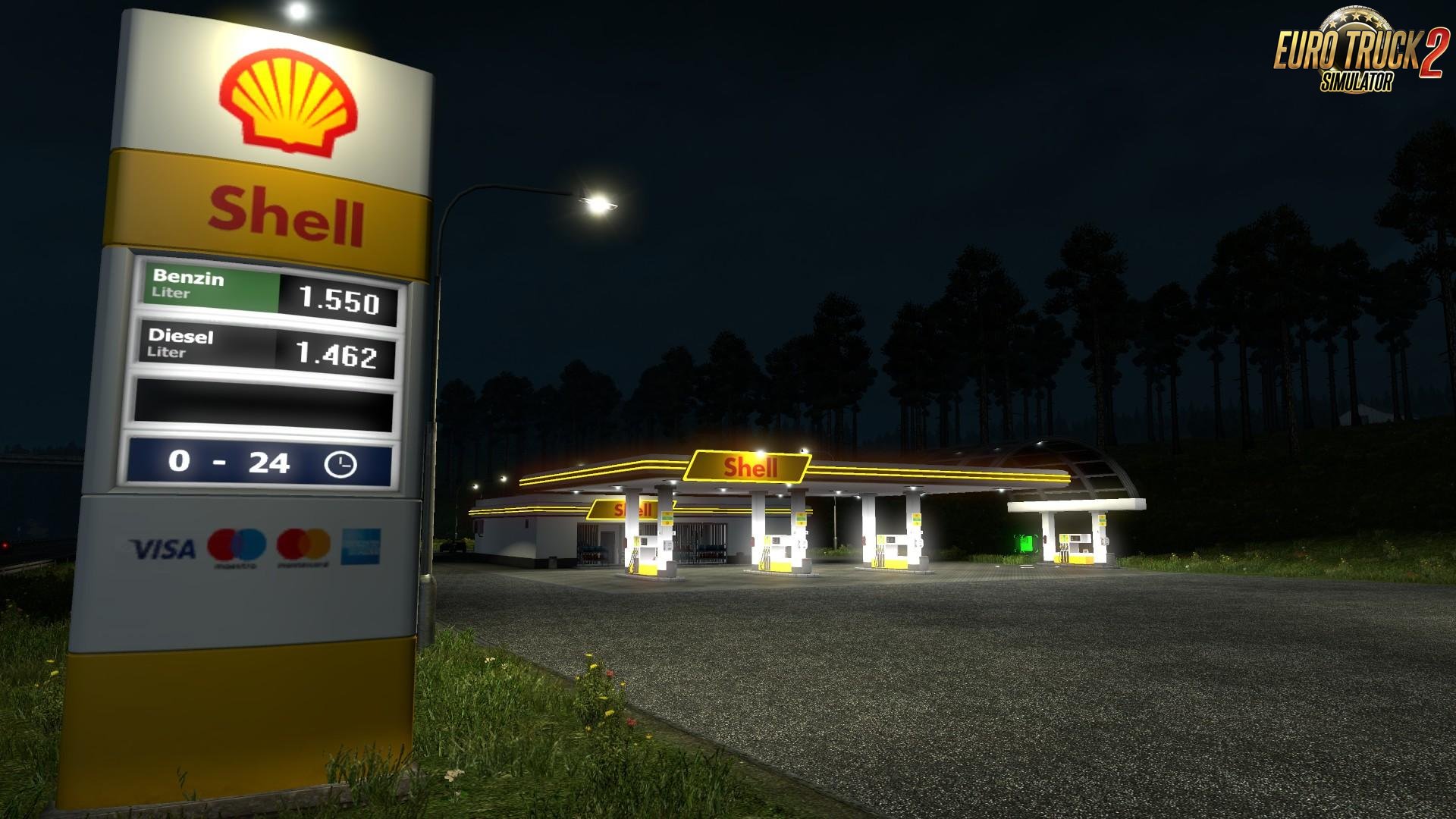 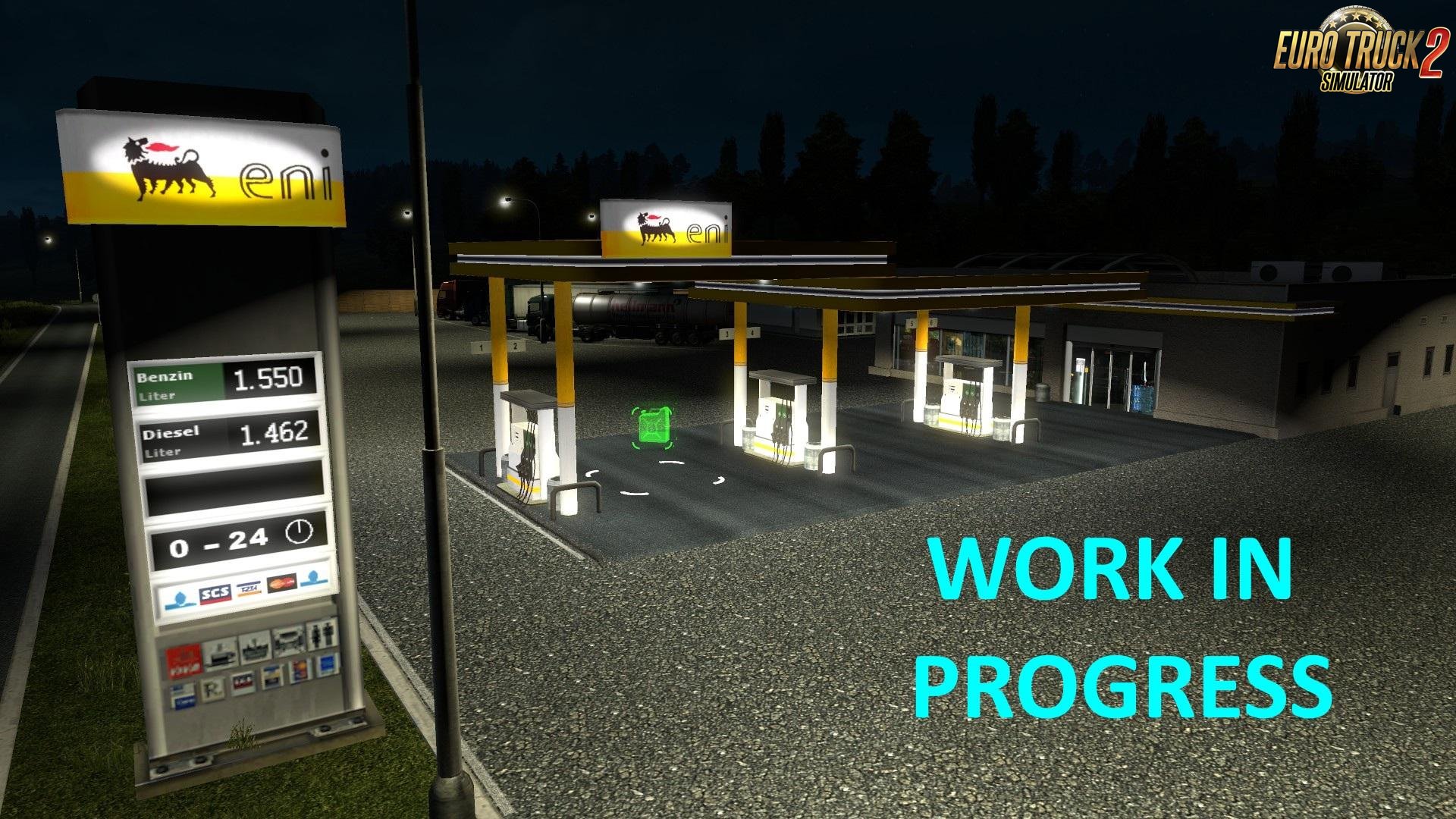 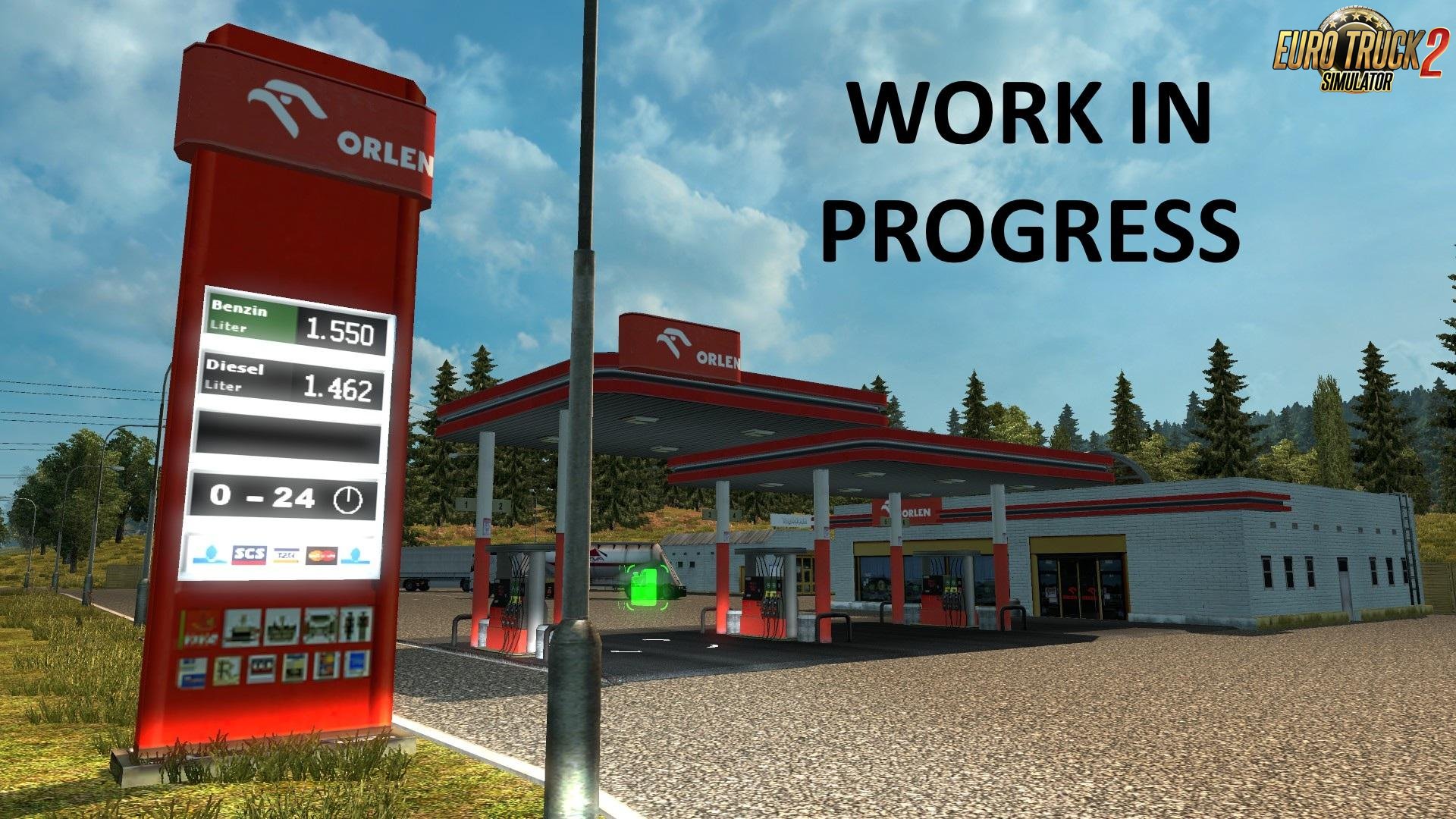 - download the mod «Real European Gas Stations (Reloaded)»
- use WinRAR or 7-zip and unzip the archive;
- copy the file with the extension .scs in My Documents/Euro Truck Simulator/mod folder
- start the game, go to your profile, see the Mod manager and activate the mod.
Tags: Real, European, Gas, Stations, Reloaded